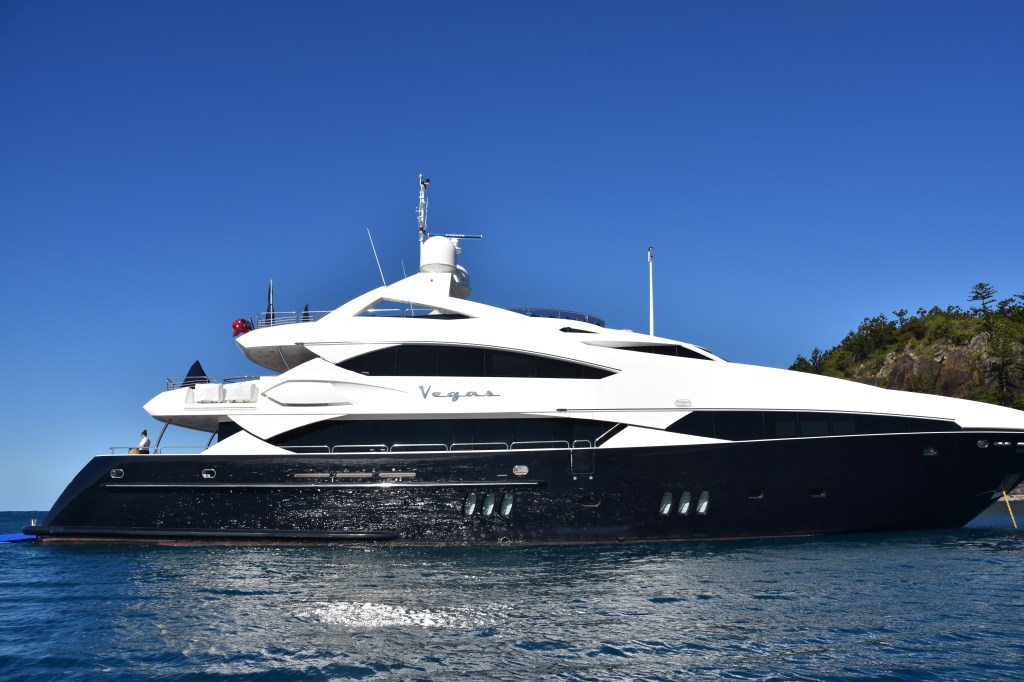 Consider making your vessel special tribute to a lover
A recent client’s dream to own a yacht came from his ambition to succeed and would be a sure sign he has escaped his underprivileged beginnings. His pillar and inspiration was his mother towards whom he credits all of his qualities which allowed him to come so far and finally achieve the dream. Sadly she passed away and his tribute is to name the yacht after her with the common form of address “Lady …”. What are men if not for the strength of women. Examples include: Lady Christine, Lady M, Lady Beatrice, Lady Sheridan and so on.

Explore other areas of personal significance
This category is rather broad, and can take some many years of reflection, but it’s worth it: the ownership of a yacht is at the pinnacle of what a life’s work can afford one in terms of material goods. It is for that reason that many owners name their yacht after a noun describing what is then deeply sought after at this particular time of their life – such as Tranquility, Equinimaty, Serenity, Better Place or Home . Alternatively a word might summarise the reason for the owner’s success: Resilience, Endeavour, Clarity, My Secret, Lucky Me…

Cloudbreak is named after a Fijian wave, much beloved to the global surfing community  Christopher Scholey

Go for punchy wordplay
Names such as Antrizu (the opening letters of the owner’s children’s names) and Dreamboat (the three middle letters are the owner’s initials) are harder to guess unless one is told their meanings, and can be an elegant way to pay tribute to loved ones while remaining discreet.

Consider a nod to popular culture
One fleet of yachts owned and co-owned by a single family over the years has been named after Beatles songs (and solo efforts) – including the 47-meter Let It Be; the 65-meter Imagine and most recently the 83-meter Here Comes The Sun. Another serial yacht owner won’t be running out of inspiration any time soon, as each yacht takes its name from Ian Fleming’s Bond stories: from the smaller yacht named Miss Money Penny V to larger tributes such as the 70-meter Spectre, without forgetting The World Is Not Enough right in the middle. Fast & Furious, presumably derived from the popular film series, is undoubtably a fitting name for the aggressive and rapid, 7,800hp AB 145.

Consider some comic relief
A yacht can be a gentle reminder that life shouldn’t be taken too seriously – its ultimate status as a toy may explain names such as  Mi Bowt (a reference to thick esruary English accent pronouncing of My Boat; Shake And Bake TBD is a reference to the Will Ferrell movie Talladega Nights (the final initials stand for Till Break of Dawn but do not fit on the yacht’s transom); Lady Nag Nag is named after the owner’s wife; Touch Wood is a reference to the material from which the yacht is entirely made.

A final warning – never change a boat’s name
Apparently the notion that it is bad luck to change a ship’s name goes back quite a long time – to 1992 in fact, and a brief mention by Long John Silver in the novel Treasure Island: “What a ship was christened, so let her stay.” With so many variables making sea faring as precarious as it is exciting, there’s little wonder mariners are so superstitious. Click here for more insights into this ancient piece of seafaring folklore. superstition are many theories and one is explained here.