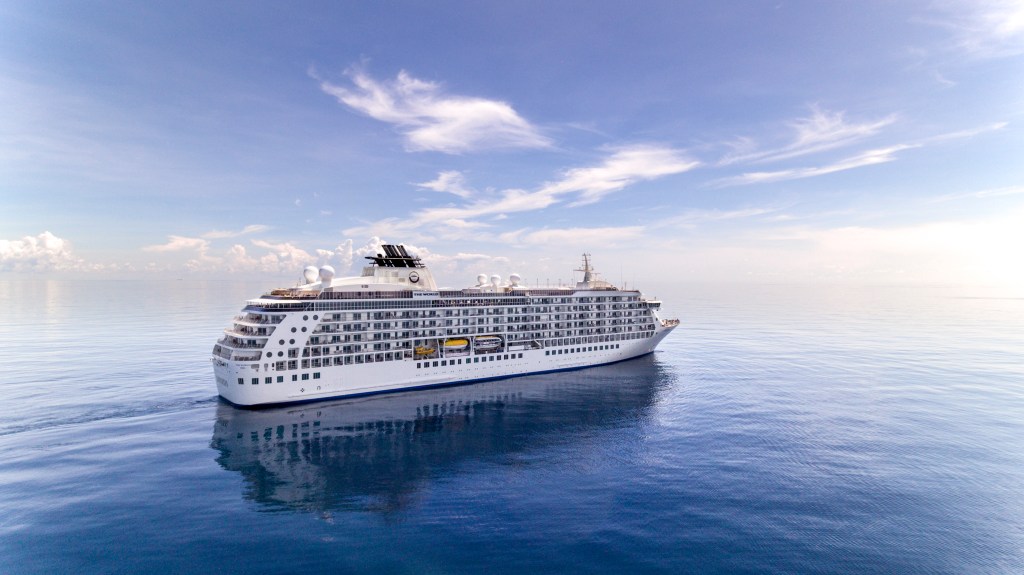 Consider some of the locations into which it nuzzled its mighty bow in 2019 alone – the High Arctic, Madagascar’s western coast, South East Asia, China, Japan, Western and Northern Europe, India – and this 644-foot megayacht-cum-condominium having been christened “The World” seems anything but hyperbolic.

Launched in 2002, the biggest private residential ship on the planet has 165 luxury apartments in all, as well as a full-size tennis court, several restaurant options, an award-winning wine list, a delicatessen, a cinema and a spa and gym. The 140 or so families from around 20 countries who get to call it home (or often, a home away from home) get to enjoy its extraordinary itinerary, which see it circumnavigate the globe every two or three years, while experiencing the kind of one-of-a-kind amenities and service levels one would usually associate with a six-star holiday. 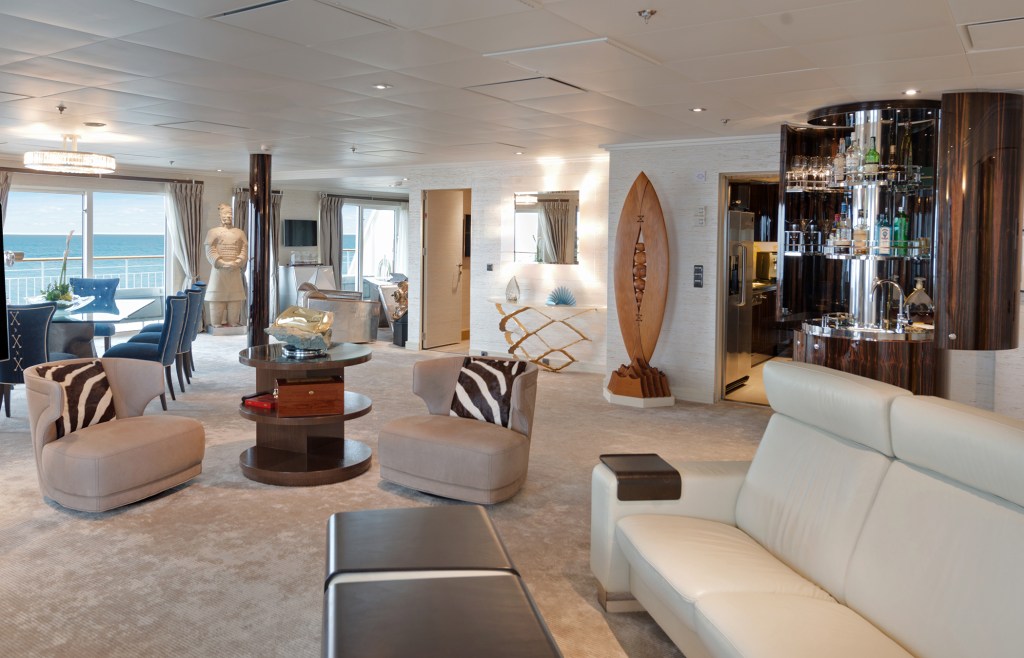 As well as visiting the most rarefied parts of the planet (extra navigational equipment has been installed which enhances the crew’s ability to monitor ice and sea bed conditions around the ship when in expedition mode in remote areas), while on board, gastronomical, oenological and educational experiences are all on offer (think talks from visiting chefs, winemakers, distillers and mixologists), with pretty much any inconvenient realities of sefaring eliminated (the ship’s propellers are designed to operate with low noise and vibration, to ensure as smooth a ride as possible). 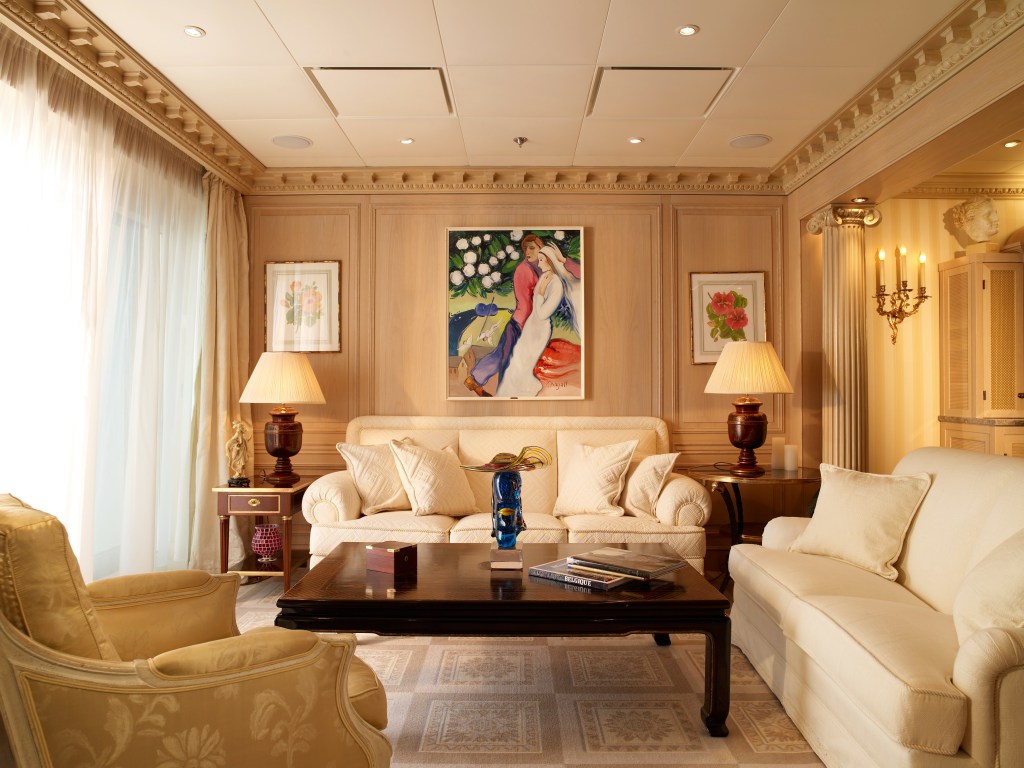 Meanwhile, forget universally-decorated interiors, dreamed up with the blandest common denominator in mind: the apartments here can be done up exactly as owners – who get to make maintenance decisions together, on a democratic basis – wish. And then there’s the an altogether more intangible benefit: the community aspect. 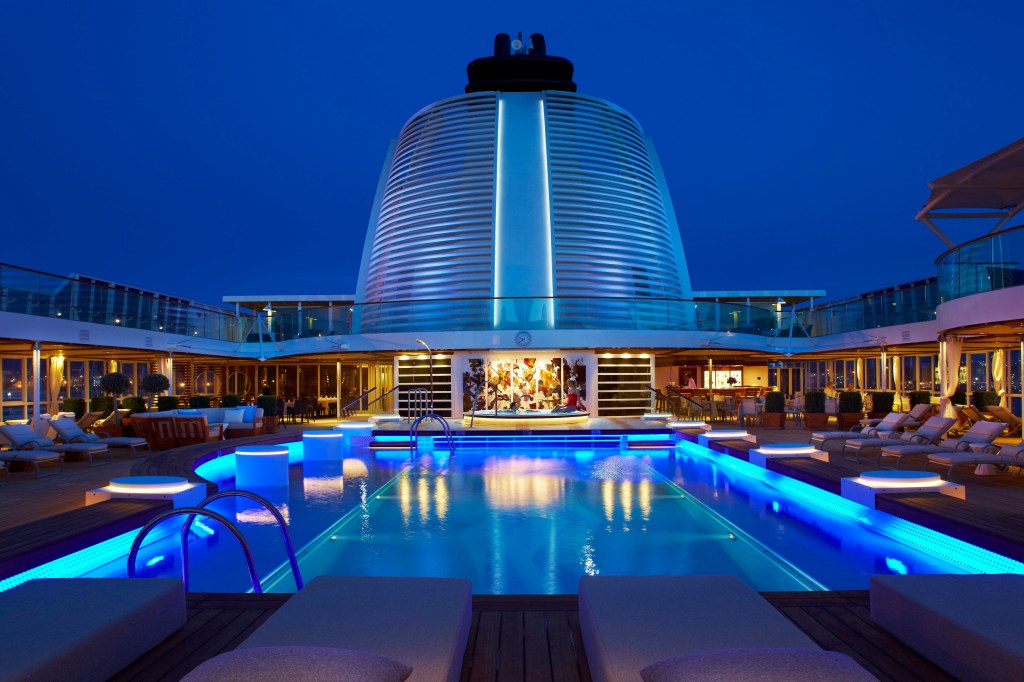 “Being aboard is like being in your own home, while enjoying the company of like-minded people in an environment of safety, security  and care,” as one long-term English resident, who has been resident with his New Zealand wife since 2012, told Robb Report when we visited during its brief docking in Greenwich. “The sense of ownership heightens this feeling as being invested in both the ship and community makes you feel an integral part of a very exclusive club. 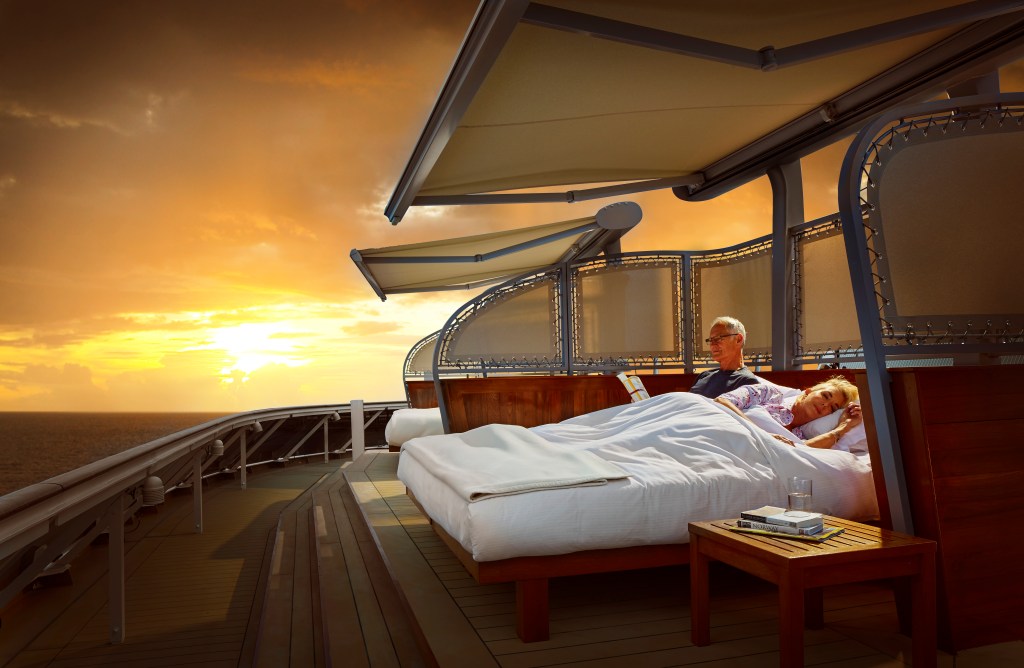 “Most of the community are self-made and have earned their place aboard the ship through a variety of endeavours,” he continues. “This creates a common bond that cuts across the normal ethnic and socio-demographic boundaries. Through shared  experiences in parts of the world the residents reconnect as human beings first sharing great times together.” 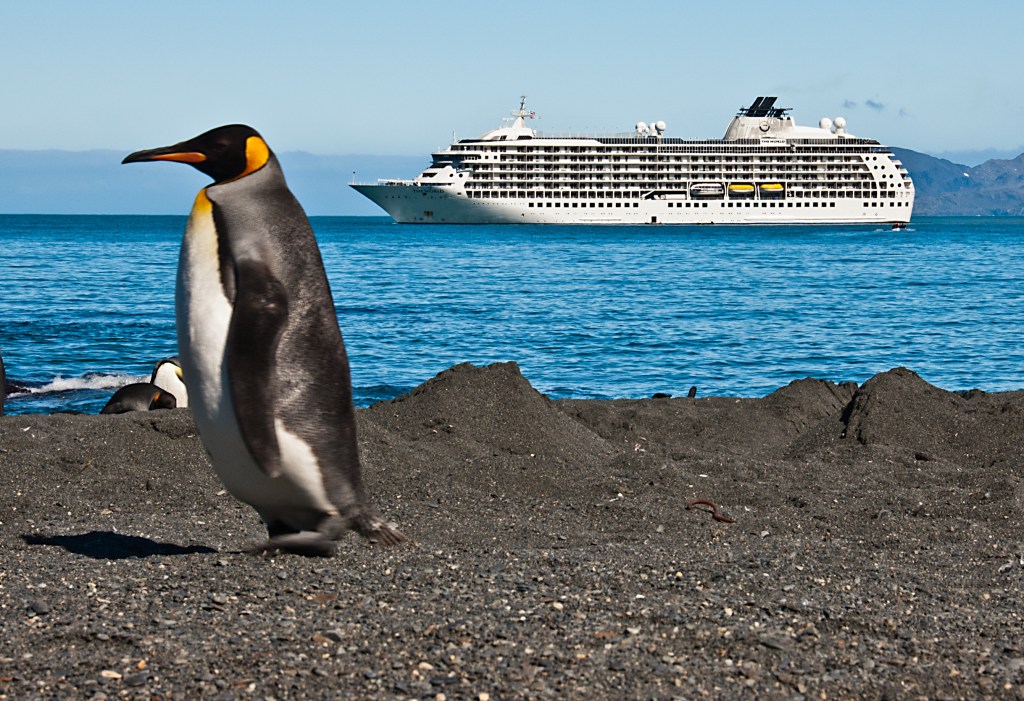