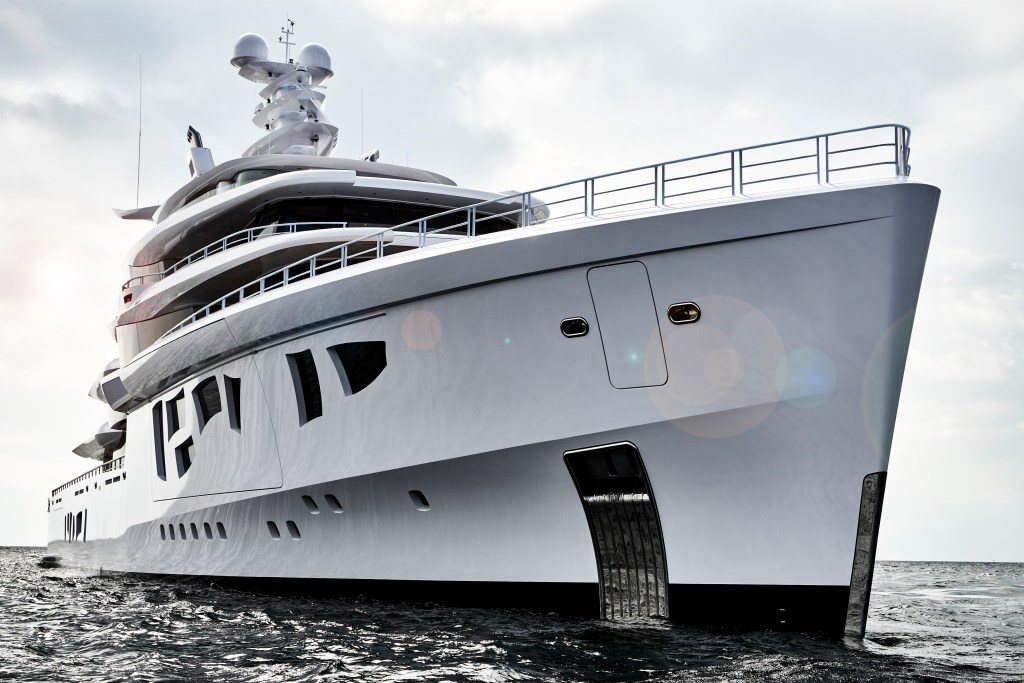 Excitement rippled through the realms of luxury seafaring in August, when Nobiskrug’s 80-metre hybrid superyacht Artefact was spotted carrying out sea trials, after launching for the first time following nearly two and a half years of research and development plus 18 months in highly esteemed German yard’s climate-controlled superyacht hall in Rendsburg.

Both on the technological and engineering fronts, there’s plenty to distinguish the 2,990-tonne vessel, which is designed by Gregory C. Marshall. Glass Reinforced Plastic was used instead of aluminium, which not only offset the weight added by the 750 square metres (58 tonnes’ worth) of glass but also better accommodated Marshall’s elegantly complex exterior shapes. 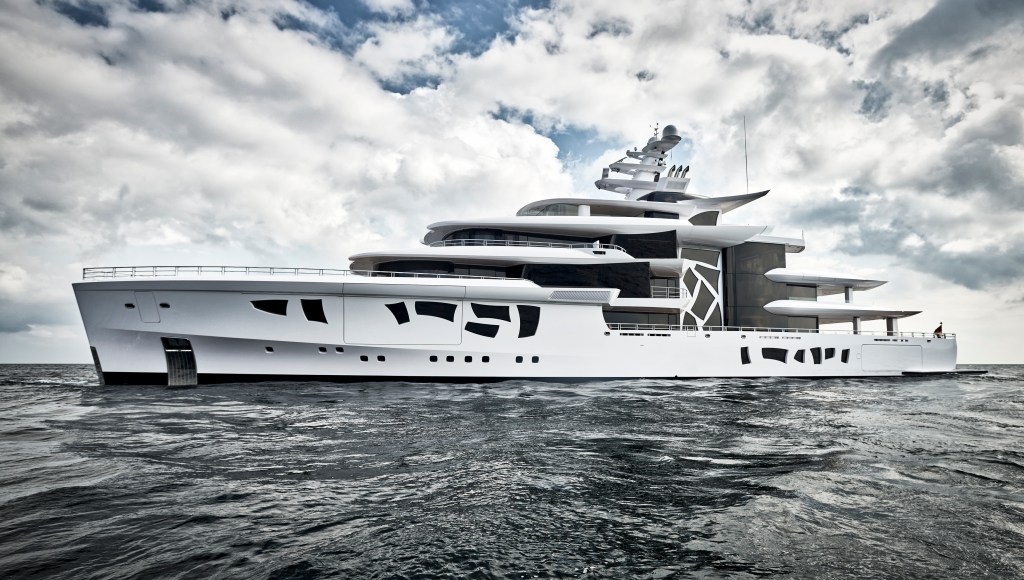 Artefact’s hybrid propulsion system, meanwhile, is powered not only by on-board generators, Lithium-ion batteries and 23 square metres of solar panels on the sundeck hardtop, making Artefact around 30 per cent more efficient than her diesel peers. And the environmental credentials don’t end there: a state-of-the-art positioning system means it can stay in position without dropping anchor, and is thus kinder to the sea floor, plus  wastewater is recycled and used as technical water.

Other innovations include stabilisers and bow thrusters that make her both more comfortable for passengers and more manoeuvrable for drivers, while a movable bathing platform allows quick water access from the automated sun awnings, teak decking and fixed furniture. Reymond Langton – which counts 134-metre Fincantieri superyacht Serene on its Superyacht-packed CV – is behind the interiors.

“We’re not afraid of pushing the envelope, but perhaps the biggest challenge with Artefact was that she’s a very high volume yacht with a fibreglass superstructure and tremendous amount of heavy glass,” as Nobiskrug’s Managing Director, Holger Kahl, told SuperYacht Times.