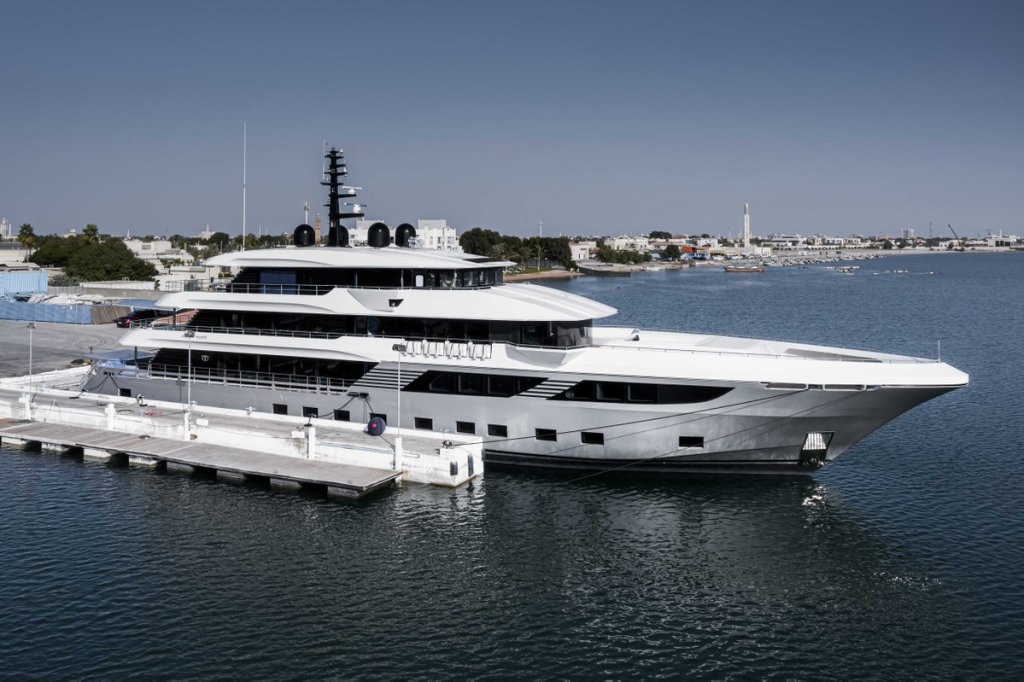 The Majesty 175 was launched last week, making it not only the world’s largest production fibreglass superyacht, but flagship for the UAE shipyard. A “prominent Emirati businessman” purchased the yacht, said Gulf Craft, as the yacht completed its four-year build.

“The yacht started on spec in 2016, but as we neared completion the owner decided to finalize the purchase,” Gulf Craft CEO Abeer Alshaali  told Robb Report.

The 175-footer claims the world title from the Westport 172 by just three feet. But US-based Westport remains the world’s largest builder of composite superyachts by volume. Both Westport and Gulf Craft consider the mid-170s as the largest size for building in fibreglass because, unlike steel- or aluminium-hulled vessels, fibreglass requires molds and tooling that are the same size as the hull and interior structures. 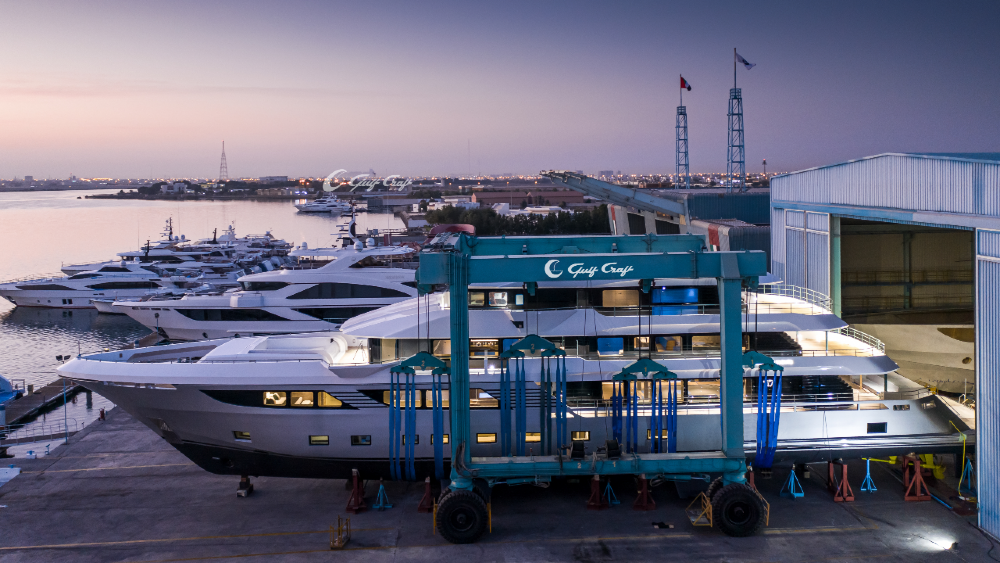 With an interior by Cristiano Gatto, the Majesty 175 now becomes the flagship of the UAE shipyard. Courtesy Gulf Craft Yachts

Building the original tooling is also a time-consuming process, which is why it took Gulf Craft four years to complete the composite 175. “But we believe in this material’s advantages, including its longevity and ease of maintenance, especially in tropical climates,” Alshaali says. “There is also enhanced comfort in the onboard experience that’s critical to the yachting lifestyle. Plus, there are other advantages like lower fuel consumption, lighter weight and a shallower draft.”

The company worked with Massimo Gregori of Yankee Delta Studios on the naval architecture, following a successful collaboration on the Majesty 155. “That experience let us move into the Majesty 175 in a confident, innovative way,” says Alshaali.

Italian designer Cristiano Gatto also added design touches to the exterior in specific areas so it would be in synch with his interior. Alshaali was pleased with the interior design. “The lines are very elegant—almost an updated art deco,” she says. “While the fabrics and choices of veneer are generally neutral, there are pops of colour throughout. Gatto has taken advantage of the 32-ft. beam by pulling the furniture off the walls. So many little touches like that not only maximise the space but make it feel like a real home.” 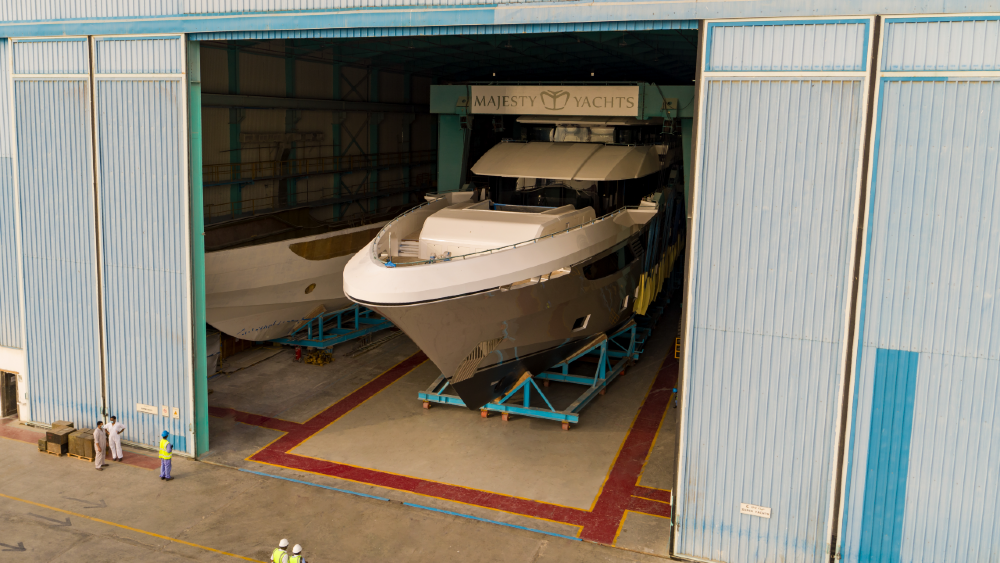 The four-year build process was time-consuming because the composite construction called for molds and tooling for the superyacht’s interior and exterior. Courtesy Gulf Craft Yachts

After the owner purchased late in the build cycle, he asked that Gulf Craft replace the rear tender garage with a full commercial kitchen. Other nice touches include a secluded pool that is accessible only from the owner’s suite. It’s located under the wheelhouse but invisible to anyone sitting at the helm. This was done to provide as much privacy as possible. “The upper deck offers a wonderful entertaining space that has a modern indoor/outdoor feel,” says Alshaali. “I’m sure it will be used extensively by the owner.”

Gulf Craft expects to build multiple 175s for clients around the world, including North America. Alshaali said that “multiple” US citizens visited the yacht during its build. Because the tooling is completed, the facility will be able to build the next hulls much faster.

Alshaali said the hull complies with rules for vessels over 500 gross tonnes that normally apply to steel- or aluminium-hulled superyachts. “That makes this a very new kind of yacht in that class,” she says.