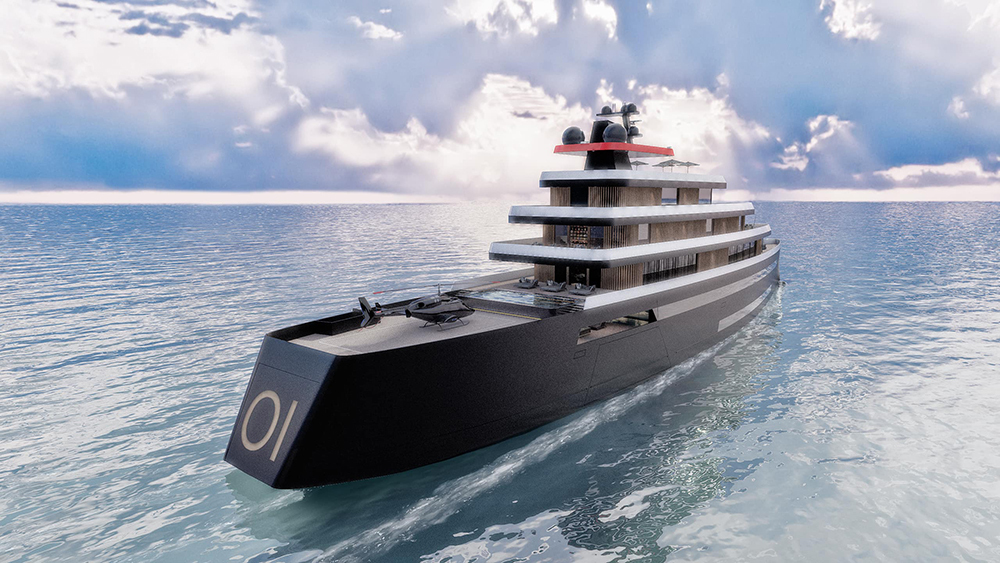 Ludes Design Team wants to take the ocean liner into the 21st century. The studio has just unveiled a new superyacht concept that harks back to the hulking passenger ships of the 1920s but is jam-packed with the latest and greatest luxury amenities.

The 350-footer, which goes by the name of Ocean One, was penned by designer Wolfgang Ludes with the naval architecture overseen by Christoph Kuhnert. In addition to her imposing size, she sports simple, elegant lines reminiscent of the classic ocean liners of yore.

The expansive vessel features a beam of 55 feet and a total height above water of roughly 89 feet. She offers oodles of space onboard, which is spread across no less than seven decks.

What sets Ocean One apart from a typical cruise liner, however, is her luxurious layout. While the RMS Queen Mary 2—the only ocean liner operating today—accommodates some 2,620 passengers in somewhat modestly sized cabins, this vessel sleeps up to 20 seafarers in 10 oversized suites.

In fact, the new owner will have one full deck entirely to themselves, and it’s positioned above the main and upper deck to give arguably the best possible vistas onboard.

As per the renderings, the interior is not short on glitz or glamour, either. It’s replete with plush furnishings and gold accents and feels both moody and intimate despite having ceiling heights of nearly 9 feet.

Elsewhere, the concept offers three pools—the biggest of which spans more than 600 square feet—plus al fresco dining areas and an extensive beach platform where one can enjoy the requisite G&T. The vessel also features a helipad and hydraulic sunken helicopter garage with glass walls that will protect your chopper when not in use.

Like what you see? Christian Ekeberg of Monaco’s IYC is the broker of Ocean One should you want to make it a reality.

Check out more renderings of the vessel below: