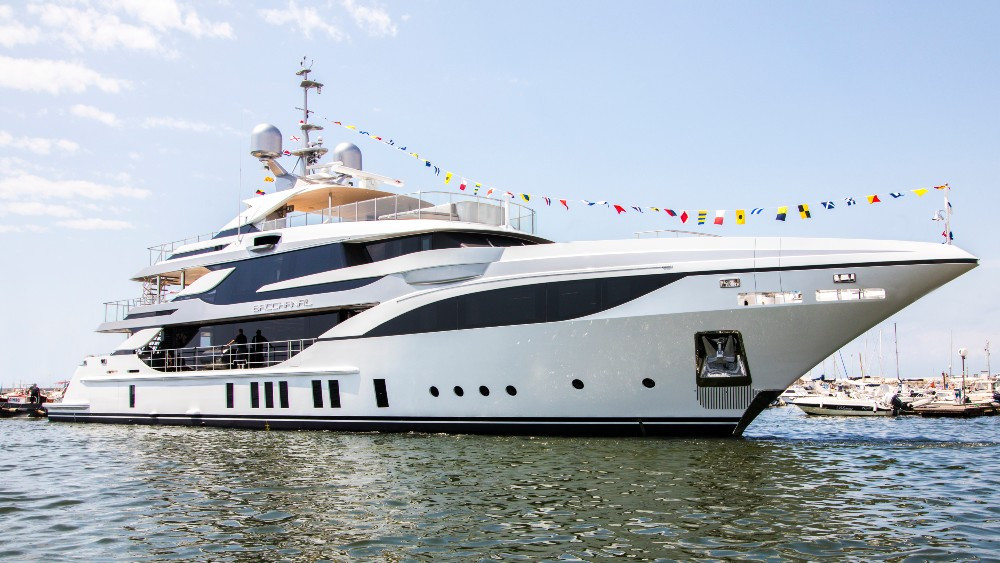 August is here, and Benetti is celebrating the dog days of summer by—what else—launching its latest custom superyacht.

Commissioned by an unnamed client, who reportedly previously owned a Benetti classic, the shiny new Bacchanal was transferred to water at the Italian yachtmaker’s Viareggio shipyard on August 2, the company announced in a press release. The boat stretches a massive 154-feet and features a steel hull and aluminium superstructure.

With a sleek and stylish exterior designed by Benetti’s in-house team, the boat can accommodate 12 guests and seven crew members. Its layout is spread over four floors, all of which feature furnishing by Italian brands like Minotti, Paola Lenti, Giorgetti, Rimadesio, Poltrona Frau and Exteta. The interior décor, the result of a collaboration between the yachtmaker and architect Mauricio Gómez de Tuddo, features a unifying open-air concept that can be seen throughout the boat. The conceit can be seen on the wide-open main deck, where the cockpit, dining area and lounge space are all divided by full-width frameless sliding glass doors meant to create a spacious and airy veranda. The idea is that passengers will be able to enjoy the pleasure of being in the sun even while indoors. Both interior and exterior areas feature teak floors with black caulking.

Weighing at just under 500 metric tonnes, the boat is powered by two MTU 12V engines that allow it to cruise at a speed of 14 knots. Benetti also claims that thanks to a range of 4,000 miles at 10 knots, the boat is capable of transatlantic crossings.