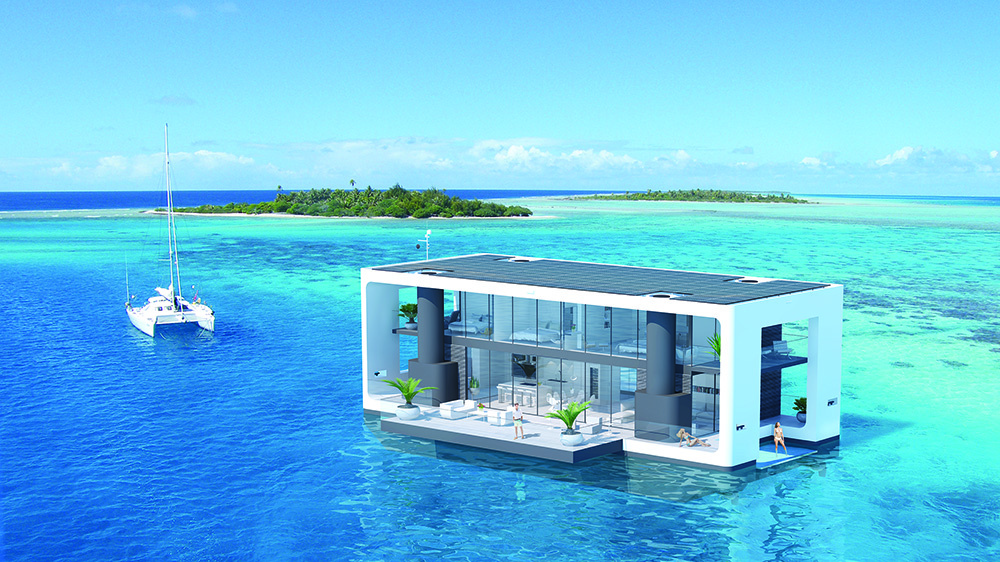 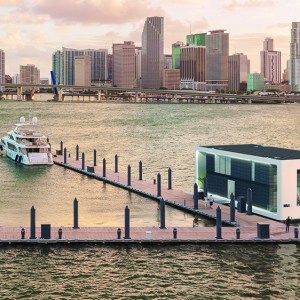 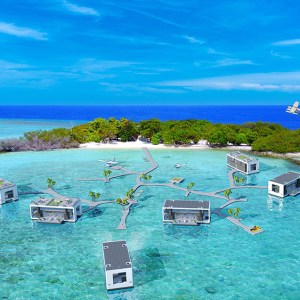 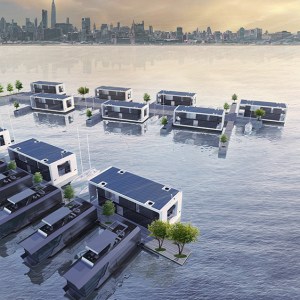 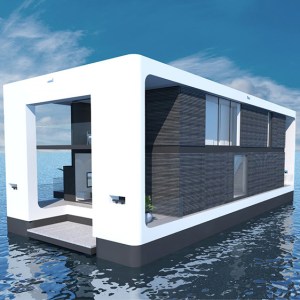 Last year at the Fort Lauderdale International Boat Show, Miami-based firm Arkup announced the first-of-its-kind “livable yacht” project: an eco-friendly, hurricane-resistant, rectangular vessel that looks like a luxury apartment on the water. This year, with the annual show kicking off on Wednesday, Arkup is expected to announce that it has completed the first 75-foot glass-fronted yacht.

Regardless of how it is received by the yachting community, the project isn’t a flash in the pan. Arkup was the culmination of several years of research, the input of a leading Dutch floating-home designer and French interior design firm, as well as technical developments that haven’t otherwise been seen in the yachting industry. The company also followed ABYC and NMMA build standards to ensure it’s built like a boat, rather than a floating home.

The first Arkup does indeed look like a luxurious waterfront apartment. It features glass walls, multiple levels subdivided into interconnected rooms, and instant access to the water. Solar power generates enough juice not just for lights and air-conditioning, but also power for its electric engines to cruise 32 km on a single charge. That means owners can stay in local marinas or anchorages, or head off to remote backwaters and live off the grid.

Arkup anchored by its spuds. Photo: Courtesy of Arkup

The rectangular yacht also has four hydraulic “spuds” that can grind into the ground in shallow water and lift the structure out of the water. That’s a nice feature for not getting knocked around in storms or for guests who suffer from mal de mer. It is also designed to withstand 250 km/h winds, or a category 4 hurricane.

The first Arkup will stay in Miami, available for short- or long-term charter, where nonstop sunshine provides power all year long. The yacht also harvests rain water, conceivably making it entirely self-sufficient. Hull number two is expected to be built next year.