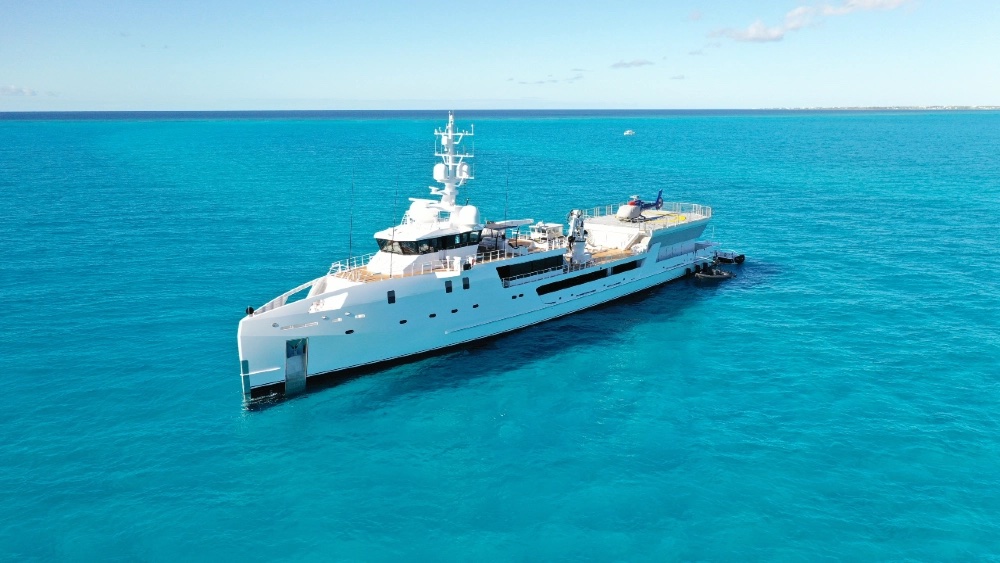 Game Changer is a wolf in sheep’s clothing. She’s an explorer yacht underpinned by a support vessel platform. She was launched in 2017 as the fourth hull in Damen Yachting’s 227-foot yacht support range. But it’s the incredible onboard amenities where her strengths lie, from the custom Airbus H130 and PADI five-star dive center to the all-new U-Boat Worx CR3 submarine collected last month from Curaçao.

Like many explorers, Game Changer has circumnavigated the world once already since her delivery. But unlike most new builds, she has already completed two refits. It’s all part of the owner’s plan. Having bought the yacht after completion, he tweaked her on delivery, then test ran her for a year before deciding on further changes in a second refit, says Captain Mike Rouse.

“It was always the plan to do the refit in two stages,” Rouse told Robb Report. “The owner wanted to work out what they did and didn’t like, and the only real way of doing that is to experience the boat firsthand for at least a year.” 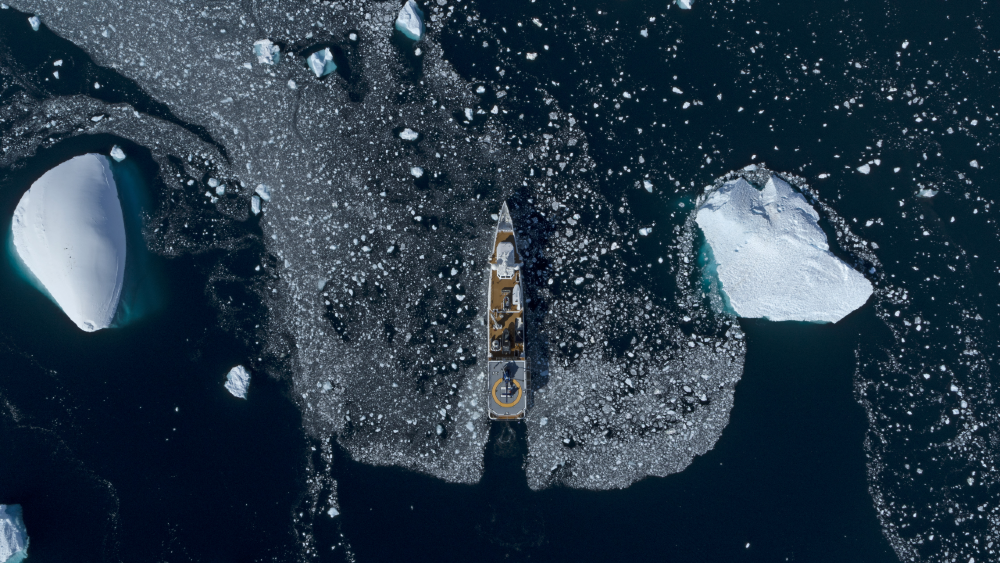 Launched in 2017, Game Changer has already done one cruise around the world, spending most of her time in colder climates like Patagonia. Courtesy Edmiston

The first 2018 refit fully upgraded the galley and extended the main salon. The most significant instalment was the state-of-the-art dive centre, with a custom air compressor. It contains 48 dive cylinders and a Hyperlite Recompression Chamber to facilitate extreme diving operations in the most remote locations. Game Changer’s ability to function as a true expedition yacht and undertake technical diving expeditions with both scuba and submarine was central to the owner’s motivations behind buying the yacht.

In 2019, Game Changer covered 48,000 miles, much of which was spent off the beaten track in colder climates. The world tour took in South Georgia, Patagonia, the Pacific and Indonesia; areas largely driven by research-led dive expeditions. In Antarctica, the boat was joined by a British Antarctic Survey Scientist who studied fjord ice retreat patterns using the yacht’s submarine. Alongside guest experts, the crew comprises dive instructors, dive masters and a rebreather diver to carry out underwater filming, as well as submarine and helicopter pilots.

In terms of toys and equipment, Game Changer stocks some serious gear. An ROV underwater electric robotic capable of diving to 3,280-feet operates alongside the three-person submersible. But it was the six onboard tenders and a desire for better access to the water that drove some of the larger changes in the 2020 refit. 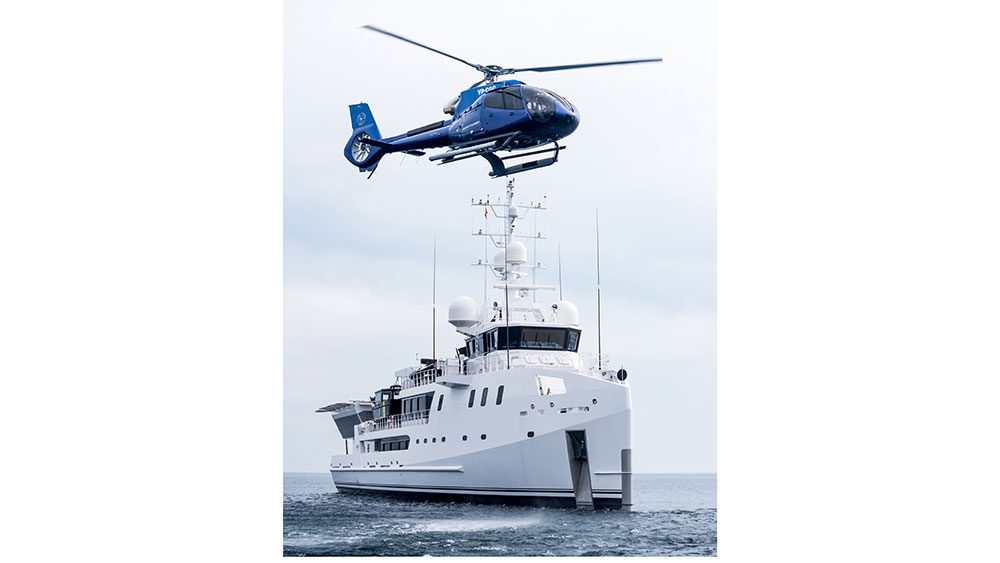 The yacht was designed as the ultimate dive and exploration yacht, with a PADI-certified dive center, submersible and, of course, an onboard helicopter. Courtesy Edmiston

“We definitely needed a bigger swim platform, because we carry some large tenders and the setup just didn’t work,” says Rouse. A 10-foot extension on the aft deck increased Game Changer’s overall length to 236 feet and delivered an all-new beach club with larger swim platform.

Dynamic positioning has also been fitted, which allows the yacht to stay in a specific spot with anchoring. They also installed sonar systems on both Game Changer and her 38-foot Intrepid tender to map the sea floor at depths of 3,900 feet.

“We did a lot of noise and vibration insulation throughout the entire boat and a ton of engineering upgrades to make it more efficient and easier to maintain,” he adds. Many of the changes have also helped to make the boat more charter friendly, including fully refurbished guest cabins, bathrooms and larger windows. The yacht can be chartered through Edmiston. 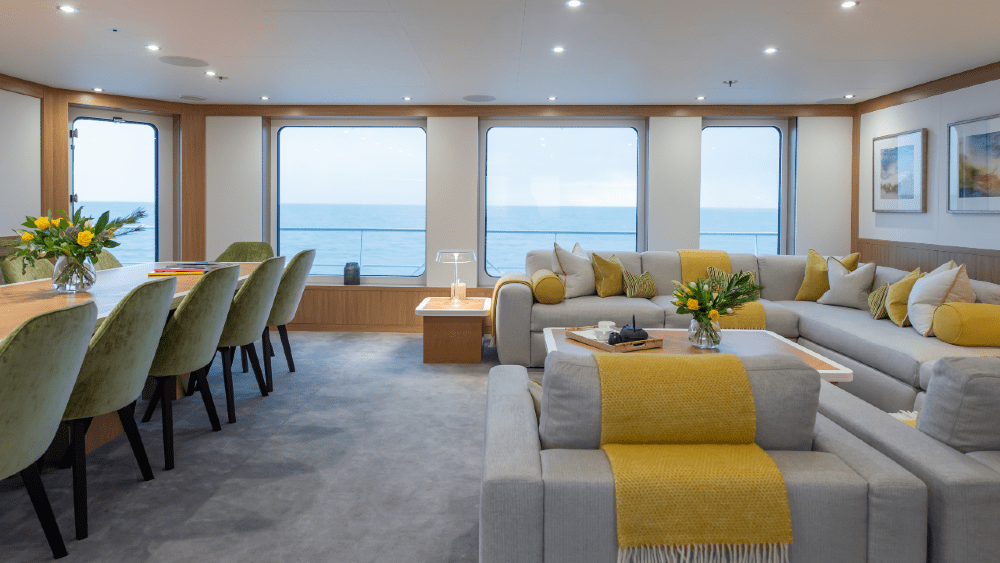 Only four years old, the yacht has gone through two refits to create a beach club as well as expanding and refining its main salon. Courtesy Edmiston

“We’ve had a lot of inquiries for heli-skiing and the gyro-stabilised camera that hangs off the front of our helicopter means we can do a lot of filming in remote locations,” says Rouse.

Thanks to its outstanding dive centre and submersible, Game Changer has been called upon to serve as a support vessel three times for other chartered yachts. It would also make a reliable platform for researchers who want to explore the depths.

But for anyone who chooses to charter Game Changer on her own, it’s the five-star dive centre and submarine capable of reaching 3,600 feet below the surface that is the big draw. “Unlike most other charter yachts, we don’t have to do rendezvous diving, which means guests aren’t reliant on what the local dive company can provide,” says Captain Rouse. “We have everything in place to run the boat as a fully licensed dive centre from anywhere in the world.” 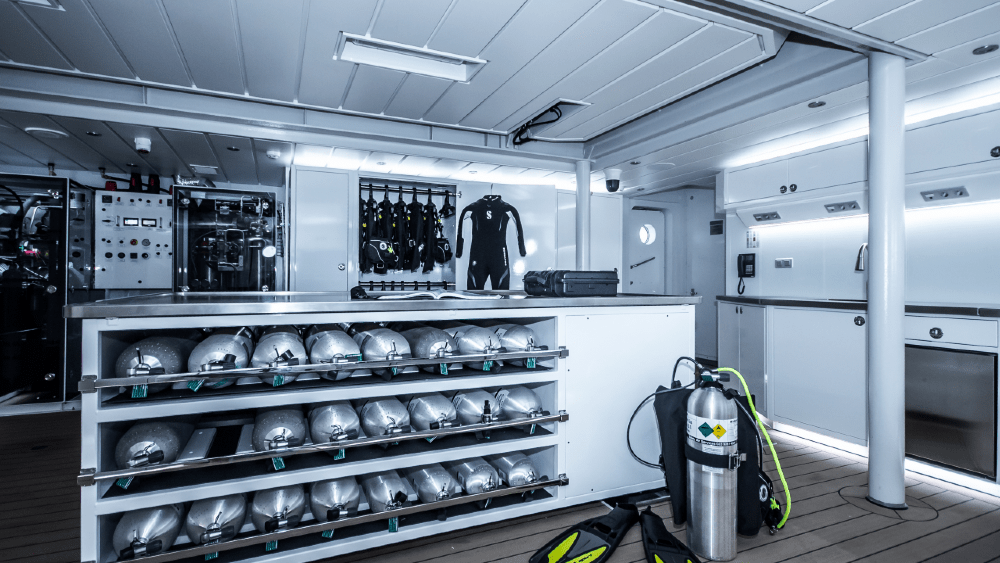 For the owner, the next stop is Central America and the Caribbean while he waits to see when the rest of the world will open back up. “He bought a boat that he can go around the world in, and that’s what he intends on doing,” says Rouse.