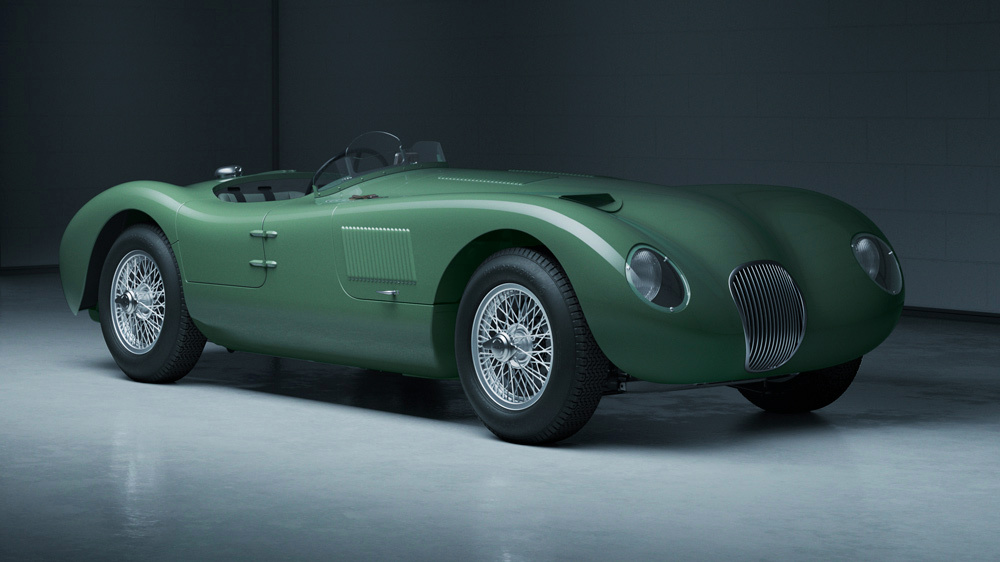 It used to be that life was simple, long before the age of elaborate passwords and PIN codes. That was a time when a single letter was often sufficient to distinguish one car model from the next. For Jaguar competition cars, the alphabet started with C, followed by the all-conquering D-type and, in 1961, the E-type, its road-going successor that Enzo Ferrari claimed to be “the most beautiful car ever made.”

But spooling back a decade from the launch of the famous E-type, or XK-E as it was known Stateside, Jag’s C-type race car hit the track and proved victorious at the 24 Hours of Le Mans in 1951, scoring the first of seven outright wins at that endurance race for the marque, including another that followed only two years later. Commemorating the 70th anniversary of the model’s debut in 1951, Jaguar Land Rover Classic Works in Coventry, UK, is adding a new, factory-built Classic Continuation of the C-type to its stable. 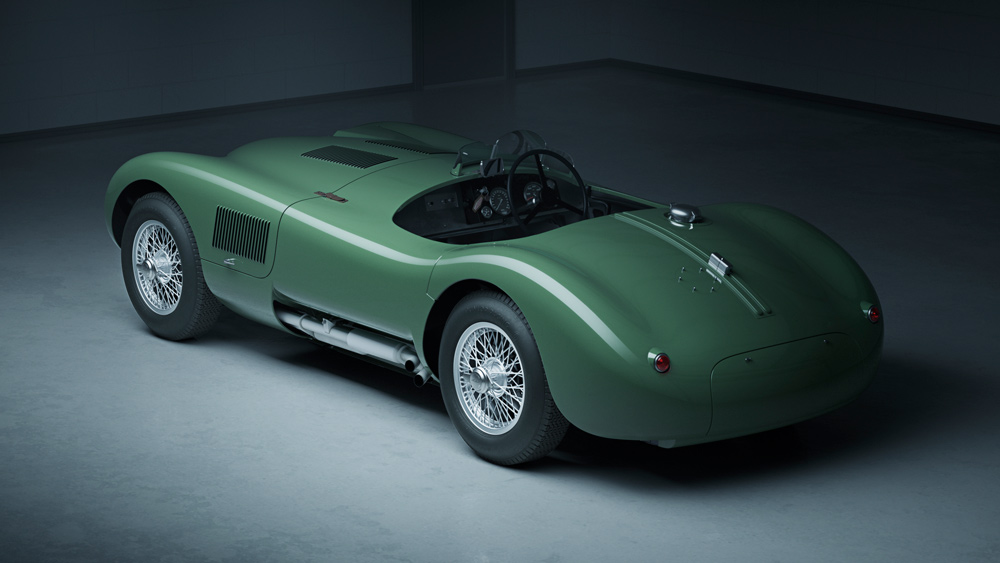 A total of eight C-type Continuation cars will be built, in time for a celebratory event for owners that’s planned for 2022. What immediately distinguishes the C-type as a great design is the soft, rounded bodywork styled by Malcom Sayer, which looks fresh and purposeful even today. All eight contemporary examples will be configured to Le Mans–winning specification.

The C-type had a short life, being replaced by the D-type in 1954. During its three-year tenure, 53 examples were produced, 43 of which were sold to private owners. The latter were built to “production” spec, which limited output to 164kW and twin SU carbs, as well as being equipped with drum brakes, similar to the 1951 works cars. 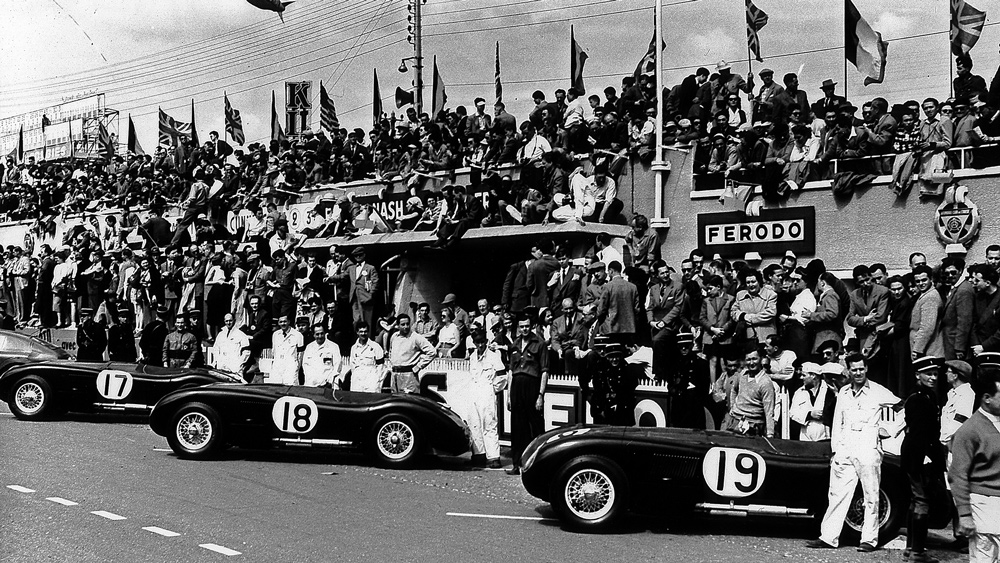 Jaguar’s C-type racing team before the start of the 24 Hours of Le Mans in 1953. Photo: ©JDHT, courtesy of Jaguar Classic.

Now, though, for a short time, owners have an opportunity to spec a continuation of the factory racing version of the 1953 C-type. Exacting in their attention to detail, each will feature what amounted to a radical engineering advancement for the time—disc brakes developed by Jaguar (in conjunction with Dunlop) and introduced on the C-type in 1952.

The heart of every Jag racer from the era is its 3.4-litre, straight-six engine—among the greatest engines in history—which in 1953 works cars developed 164kW, pumped full of life with triple Weber 40DCO3 carburettors. Because the vehicles are eligible for historic racing, owners can also specify an FIA-approved harness retention system. 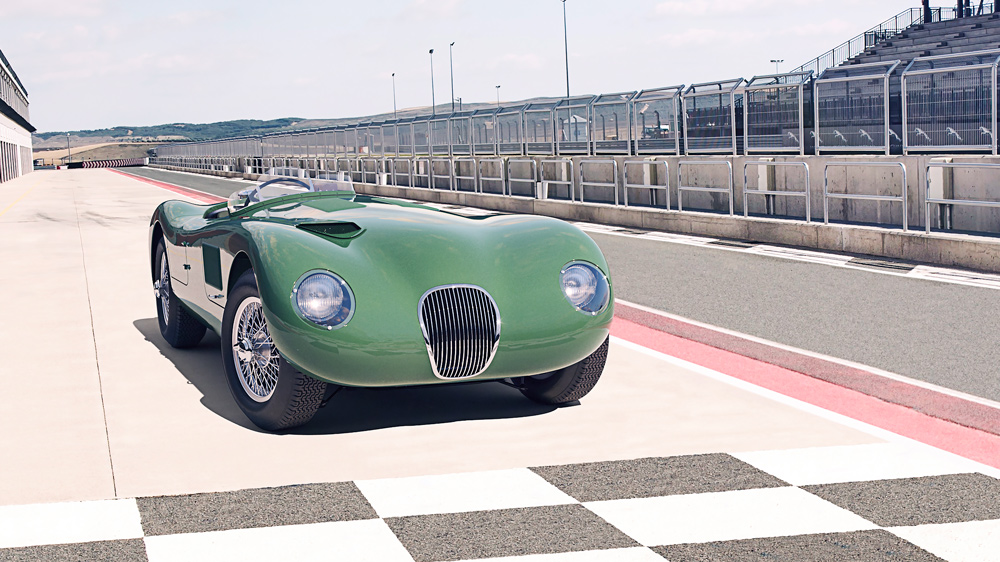 The continuation of the 1953 C-type includes disc brakes and a 3.4-litre, straight-six engine that makes 164kW. Photo: Courtesy of Jaguar Classic.

The C-types are the fourth model in the Jaguar Classic Continuation program, which has already produced short runs of the Lightweight E-type, XKSS and D-type models. The cars represent a merging of old-school artisanal skills and the latest computer-aided design (CAD) technology, referencing scan data taken from original examples. 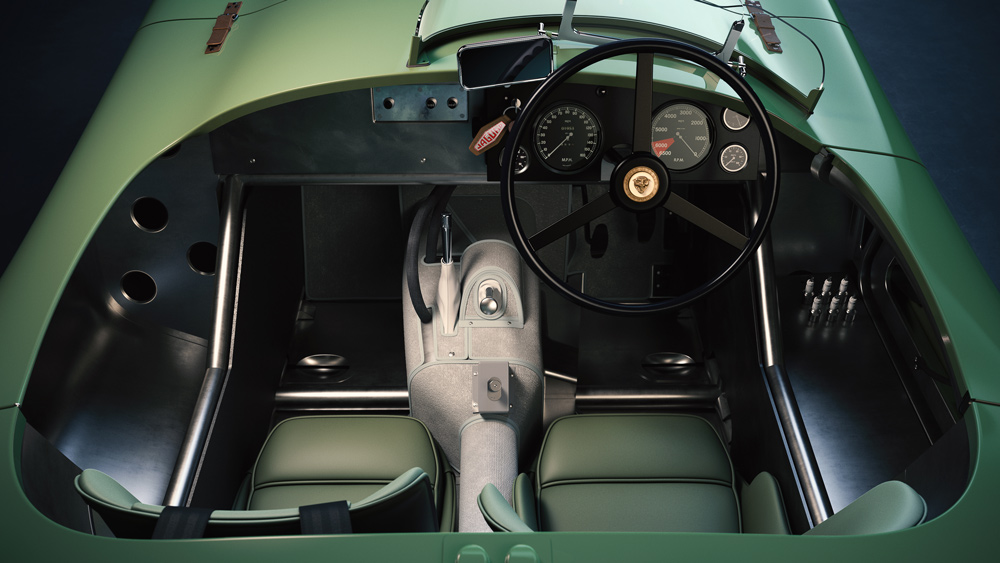 Archives containing drawings and records from the original development program ensure the accuracy of the continuations. But, for the C-type, customers can also have a bit of fun and take some artistic license using the online configurator that offers 12 exterior and eight interior colour options as well as number roundels and badging—a chance to customise their own tribute to the model that gave Jaguar its first win at Le Mans.