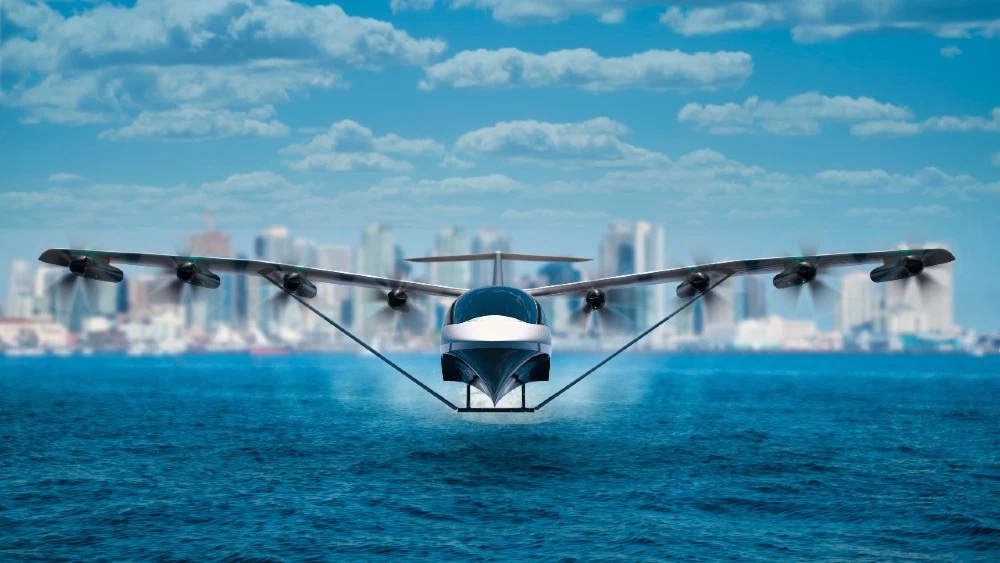 Want to get from Cornwall to northern France in record time? This new electric aircraft takes off and lands on water the same way a floatplane does, but flies at 180mph just above the water’s surface. Designed by two aerospace engineers, the Regent seaglider will serve as a very fast commuter between urban centres and coastal areas.

Boston-based Regent says the seaglider’s 180-mile range will be at speeds ranging from 145 to 180 mph. After the seaglider lands on the water, it switches to a foiling boat as it taxis to the docks. The innovative design gives the eight-engine craft an edge over other electric and conventional aircraft that are forced to take off from fixed landing areas. It also doesn’t require any special infrastructure, so can use existing docks. The company says it’s also six times faster than a conventional ferry.

“The efficiency of coastal transportation will be a hundred times greater with Regent,” says Mark Cuban, the Dallas Mavericks’ owner who is part of the Founder Fund, a group of companies and investors that led Regent’s latest financing round. “The idea of having to get between two coastal points is always stress inducing. Regent changes all that and makes it fast and easy,” he adds. 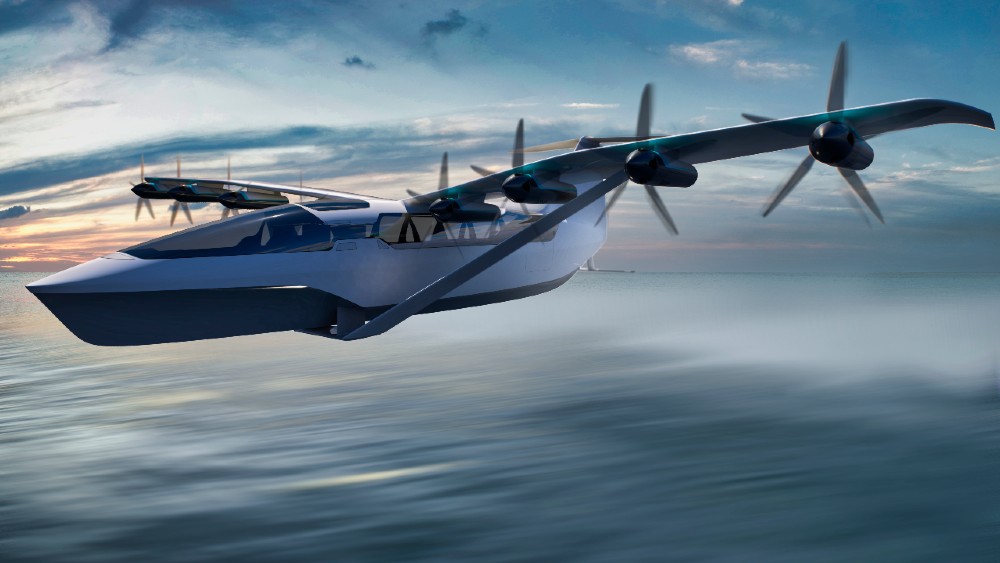 Instead of flying 13,000 feet above the water, the seaglider hovers within a wing’s length over the surface. It is able to travel at 180 mph. Courtesy Regent

This water-taxi concept transitions between multiple modes. After leaving the dock, it operates at speeds between 20 and 45 mph, running on foils, which keeps the fuselage above the waves for a comfortable ride. Once reaching open water, seaglider takes off and accelerates to between 145 and 180 mph.

Instead of flying high, the seaglider operates like a hovercraft, using “ground effect,” or the cushion of air beneath the wings, to stay within a wingspan of the water’s surface. The company said in a statement that flight safety is accomplished through redundant navigation-and-control systems. Ground effect, according to the company, will give the seaglider twice as much range as a conventional electric aircraft.

Seaglider will require half the operating costs of a traditional aircraft, and with much less noise and zero emissions. 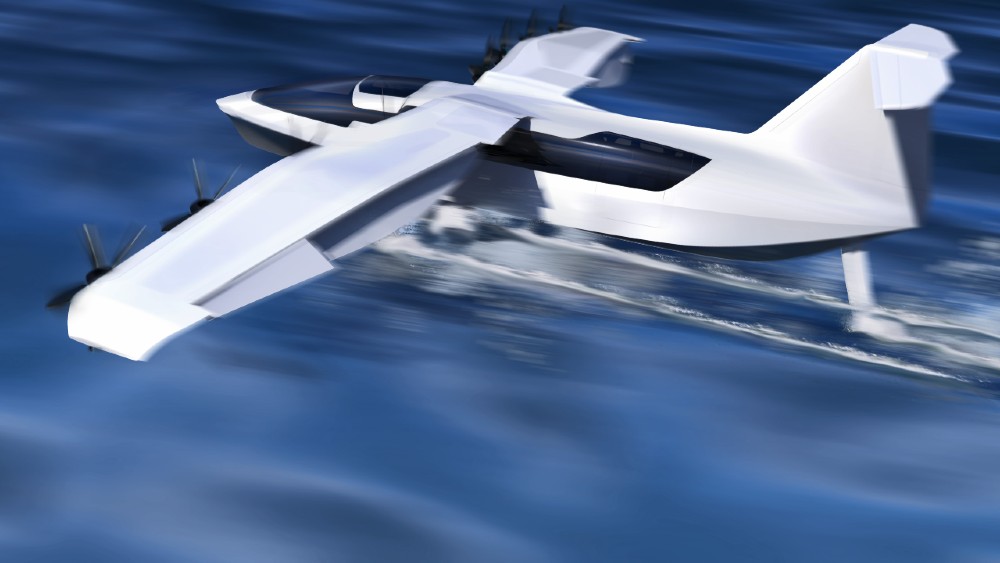 In boat mode, it runs through the water on foils to create a fast, comfortable ride. Courtesy Regent

Regent has received around £330 million in provisional orders from commercial airlines and ferry companies. Founders Billy Thalheimer and Mike Klinker both studied aerospace engineering at MIT and worked together at Aurora Flight Sciences and Boeing before launching the company. Serving as CEO, Thalheimer has designed different electric aircraft, while CTO Klinker has built and written control software for over a dozen aircraft.