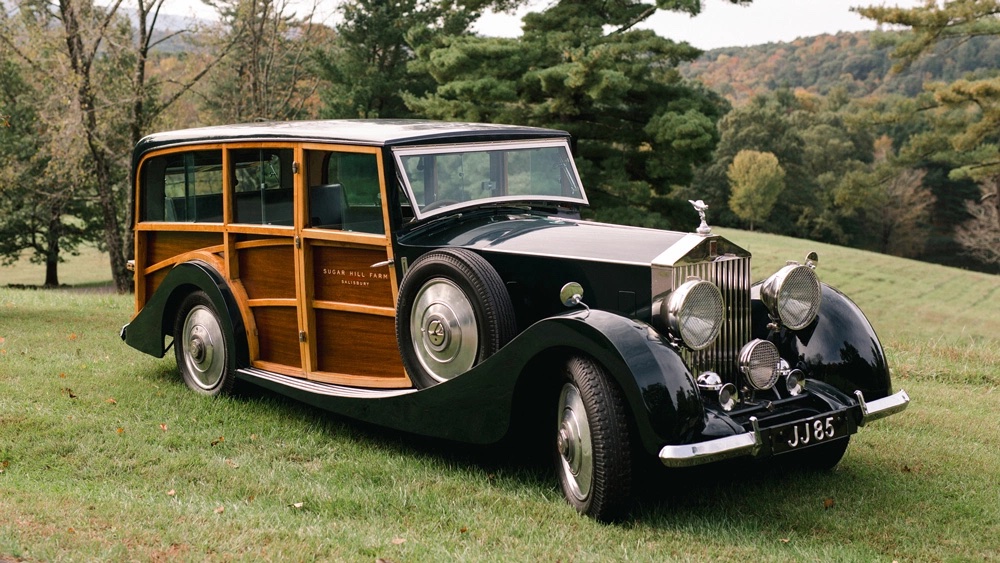 Guernsey’s Urban Gems auction, held virtually from New York on May 12, will offer objects owned by artists Keith Haring, Andy Warhol and Christo, as well as a rare 1933 Rolls-Royce 20/25 Shooting Brake similar to one owned by Warhol himself. The pop-art icon collected unusual objects (his taxidermic moose head in this auction is testament to his eclectic tastes), and acquired a Rolls-Royce shooting brake at the height of his career.

The Rolls-Royce 20/25 was a so-called “entry-level” model made by the company to complement the costlier 40/50 Ghost during the recession that followed World War I. Made from 1929 through 1936, it proved to be the most popular early Rolls-Royce model, with more than 3,800 examples made, 70 percent of which are roadworthy today. The 3.7-liter, overhead-valve inline-six engine made 65 hp and shifted with a four-speed gearbox, offering the luxury of synchromesh between third and fourth gears. It is estimated that about 50 became shooting brakes, with about half of those remaining to this day. 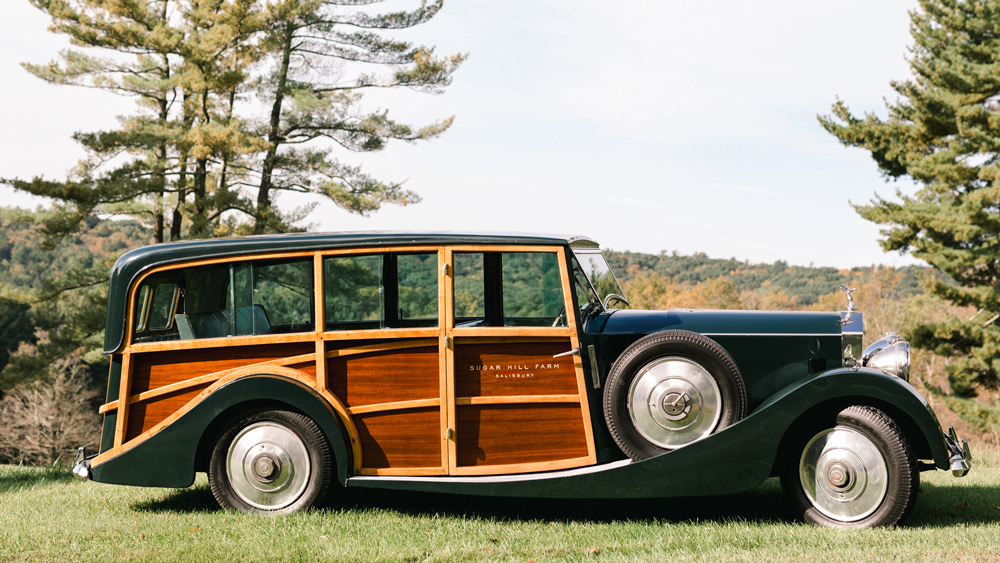 The 1933 Rolls-Royce 20/25 Shooting Brake being presented at the Guernsey’s Urban Gems auction on May 12. Photo by Megan Haley, courtesy of Guernsey’s.

The particular car on offer is from the era of coach-built luxury automobiles, when virtually no two examples of the same model were alike, especially in the case of a shooting brake. The British equivalent to a station wagon, each was built to the customer’s own specification, and those customers were often royalty. King Edward VIII—the Duke of Windsor—used his Rolls-Royce shooting brake to discreetly transport American socialite and divorcée Wallis Simpson, the future Duchess of Windsor, to Balmoral Castel during what proved to be the “love affair of the century,” finally leading to Edward’s abdication of the throne. 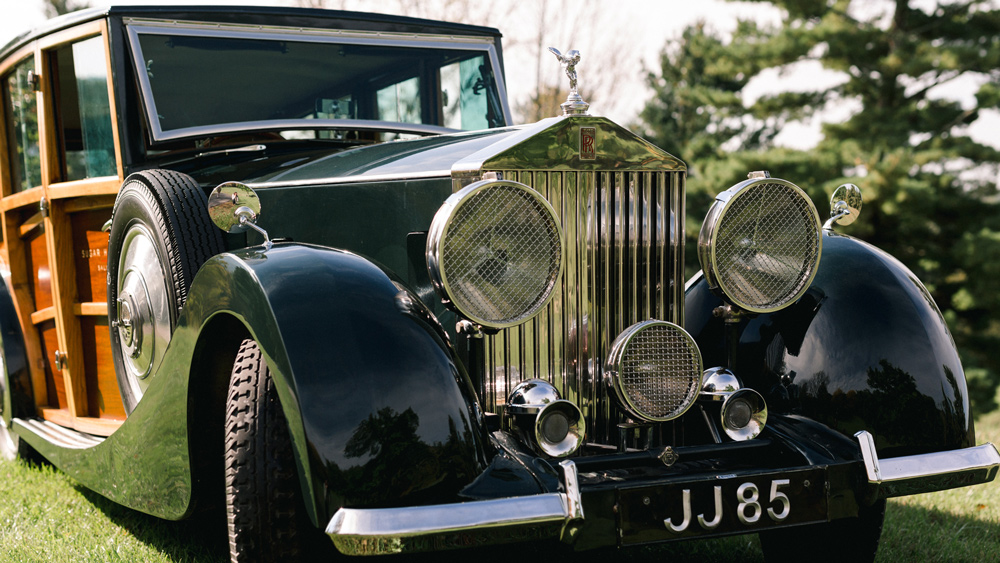 Of the 3,800 examples of the Rolls-Royce 20/25, only about 50 were given the shooting-brake body style. Photo by Megan Haley, courtesy of Guernsey’s.

Most shooting brakes were used for decidedly more utilitarian purposes. A favorite of the sporting set, these vehicles—as practical as they were elegant—were particularly favoured by hunters to take hardware, canines and the requisite picnic accoutrements into the field. The British continued the tradition into the 1960s with a handful of Radford-bodied Aston Martin DB5 and DB6 shooting brakes. More recently, the odd Jaguar XJS became a donor for the exquisite Lynx Eventer shooting brake, one of the most elegant of the breed. But back to the automobile at hand. 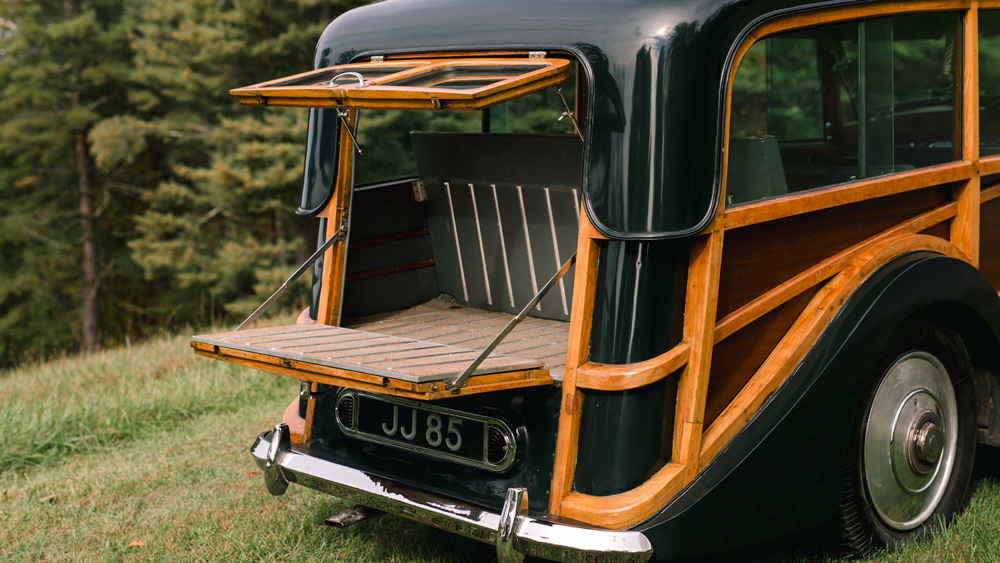 The car still features all of its original woodwork. Photo by Megan Haley, courtesy of Guernsey’s

This 1933 Rolls-Royce 20/25, serial No. GRW34, started life as a sedan bodied by Corsica Coachworks of North London. Because of the quality and value of a Rolls-Royce—especially in the prewar decades—many owners chose to rebody their cars following years of use, giving new life and an updated look to a perfectly serviceable chassis and drivetrain. A few owners chose to order shooting-brake coachwork for its utility on a grand estate or for taking the family on excursions into the countryside. This is exactly what happened to GRW34 following World War II, given its new body style from Jersey Coach builders in the Channel Islands.

By the 1950s, it was purchased from Rolls-Royce in London by Mr. and Mrs. Logan Lewis of Macon, Ga., and stayed with the family for nearly half a century. The Lewis family owned a few significant cars, including a Jaguar SS100 and a Maserati raced by Juan Manuel Fangio. 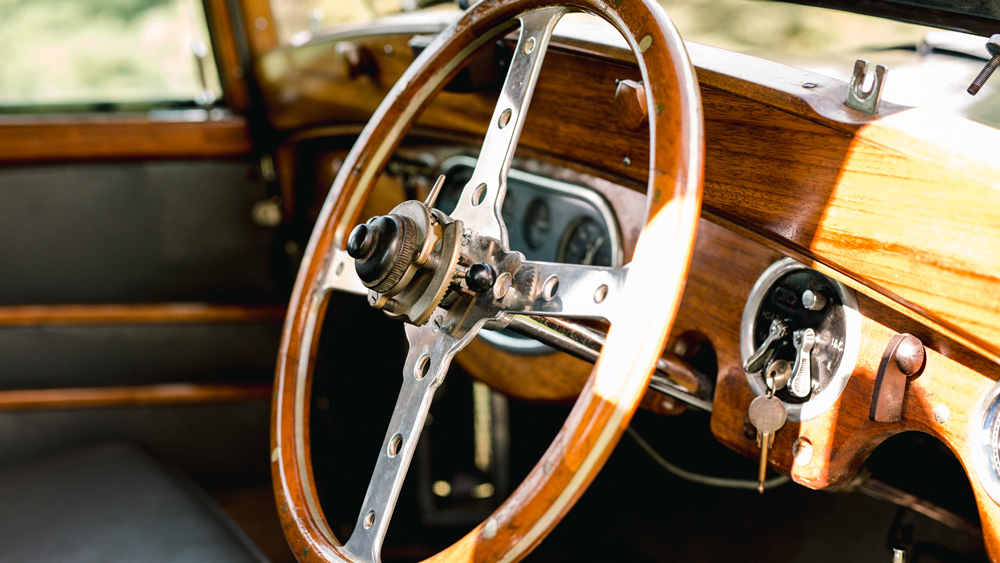 The interior wears its age impressively. Photo by Megan Haley, courtesy of Guernsey’s

According to Guernsey’s, documents accompanying the Rolls-Royce include letters by the couple describing their journey to pick up the shooting brake on the New York City docks and driving it down to Macon. Mr. Lewis passed away in the 1960s, and his widow sealed the garages where their cars were stored. The current consignor met with Mrs. Lewis in the 1980s, but was only able to acquire this particular vehicle following her death in 2002.

It’s rare for a car as old as this Rolls-Royce to have had only two owners over a period of 70 years. Following its last purchase, the engine was rebuilt and mechanical work was undertaken. According to the seller, the wood is solid and all original, while the interior and engine compartment “have a fine patina,” according to the official Guernsey lot description. More recently, it has appeared in several concours, garnering accolades that include one Best of Show honour.