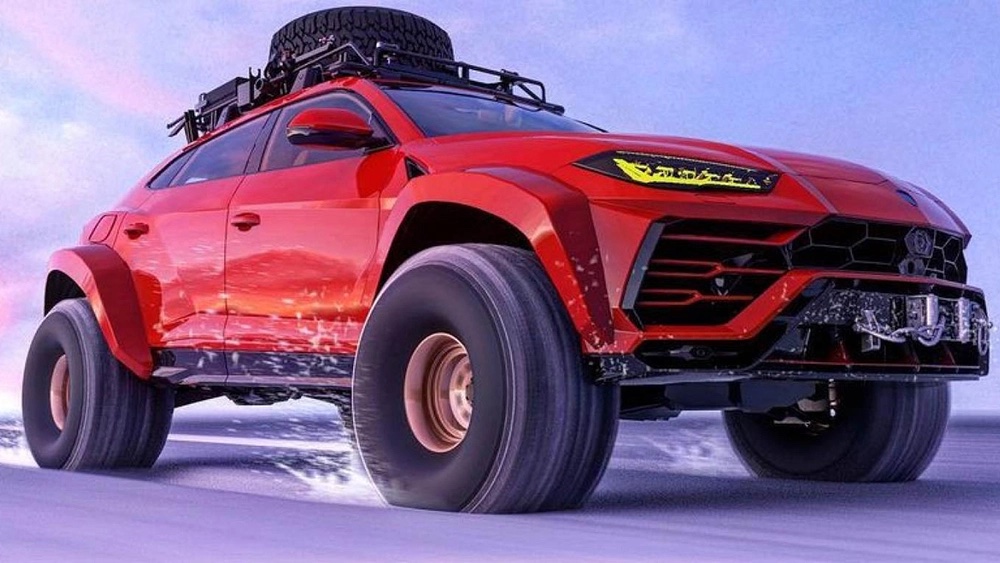 Even when navigating sub-zero conditions, one shouldn’t have to sacrifice style. This notion was the inspiration for Abimelec Arellano’s newest arctic truck concept, which is based on the impossibly sleek Lamborghini Urus.

The Urus, which the marque describes as the “absolute all-round super sports car,” lends itself quite nicely to tough terrain. We can’t argue. In fact, in 2019, it was named Car of the Year by our colleagues in the USA, in no small part due to its unique mix of grunt and versatility. Somehow, though, Arellano has managed to make the SUV even more badass.

Outfitted for punishing polar expeditions, his custom Urus features fender flares inspired by the LM002 and four ridiculously large custom wheels that would no doubt make mincemeat of snow drifts or icy trails. It takes cues from the Countach in terms of colour and sports a gleaming red exterior, which looks particularly striking against the white snow, along with a tan leather interior. 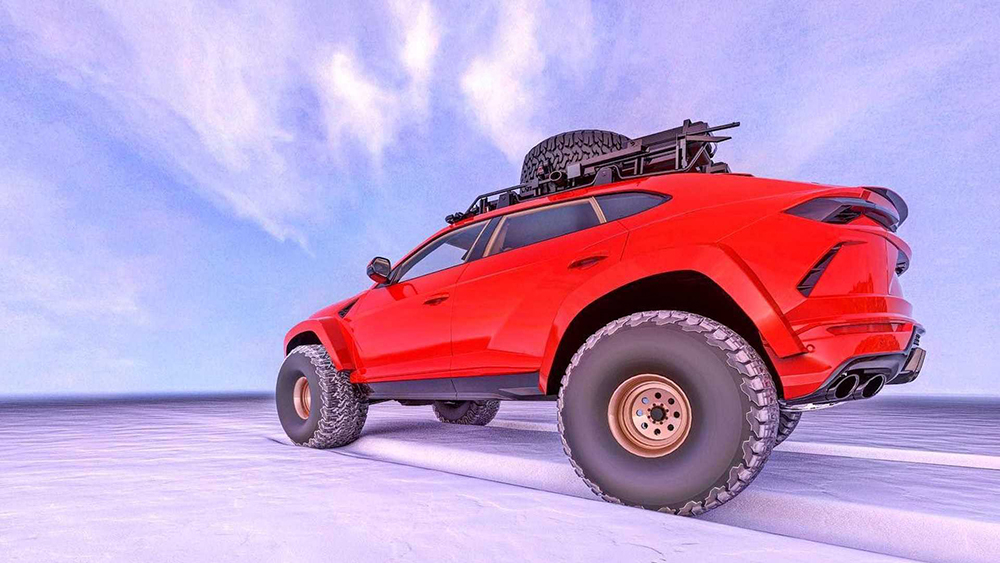 The truck is fitted with four ridiculously large custom wheels to power through the snow. Abimelec Arellano

The four-wheeler is also fitted with a roof rack that can hold all the essential gear for off-roading, including a couple of fuel cans and a spare balloon tire should you cop a puncture.

Under the hood, this Raging Bull retains its original 4.0 litre twin-turbo V-8 that delivers 650 hp and 627 ft lbs of torque. This means the super-SUV should still soar from zero to 60 mph in 3.6 seconds.

Handling shouldn’t be an issue, either. The Urus features six different drive modes (including one for snow) along with a spate of handling elements that it inherited from the Aventador S, such as four-wheel steering, active damping and four-wheel drive. It also sports a few aerodynamic elements that hail from the Huracán Performante.

In addition to the Lambo, Arellano has also designed off-roading versions of the Rolls-Royce Cullinan and Bentley Bentayga. It’s safe to say, ice road trucking has never looked better.

Check out more photos below 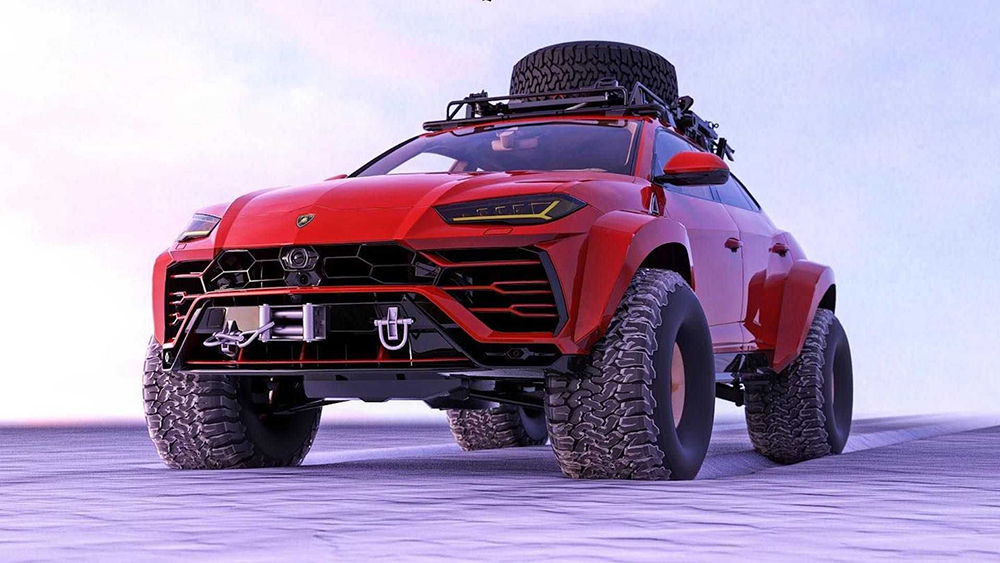 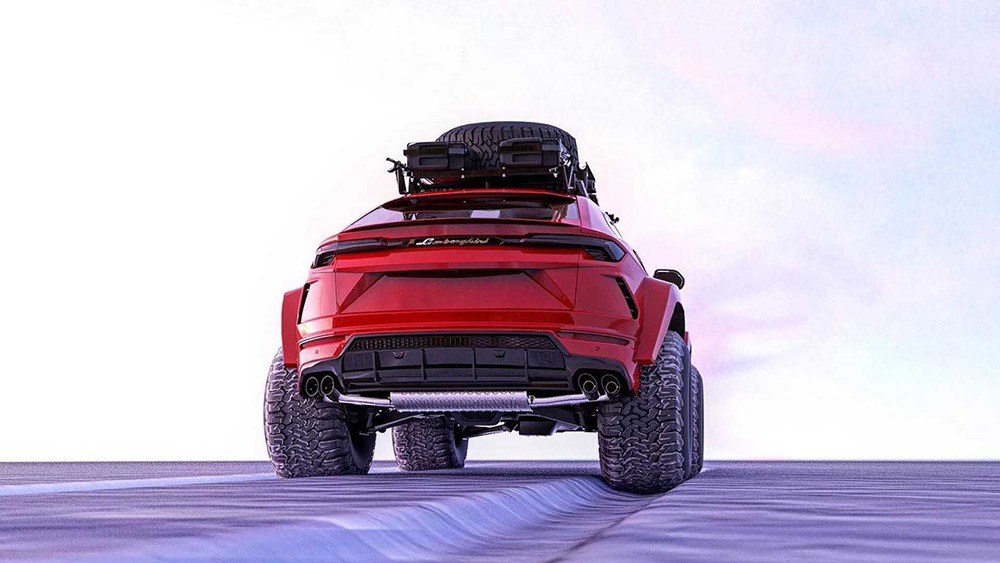 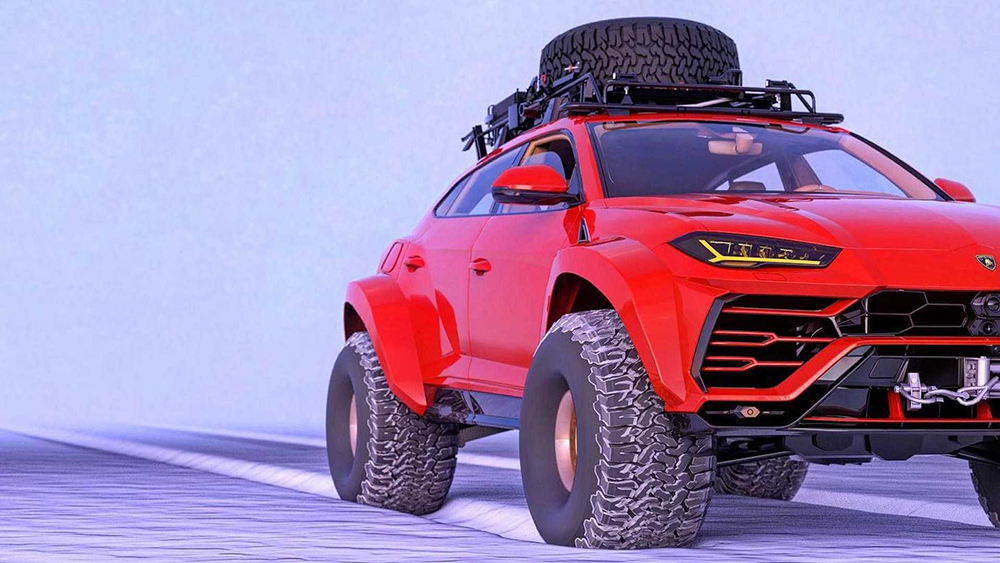