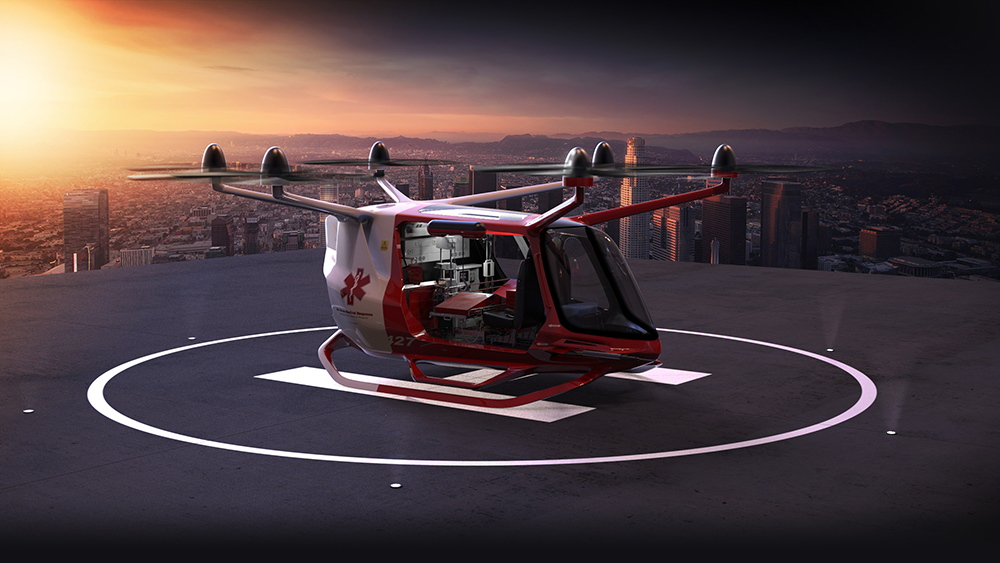 There’s a common refrain used to dismiss the viability of hydrogen as an alternative fuel. It goes something like this: Hydrogen- it’s the fuel of the future… and it always will be. Sure it’s cynical, but for decades the affront has rung true. That position is quickly changing, however, as business begins to understand where fuel cell electric vehicles (FCEV) could thrive.

Although several thousand FCEV Honda Clarities and Toyota Mirais zip carbon-free across America (mostly in California) every day, a pessimism still hangs over the technology when discussing consumer vehicles. FCEVs haven’t reached anywhere close to a tipping point for consumers because they require a robust network of hydrogen fueling stations to be convenient. It’s the common chicken and egg conundrum: No one will buy FCEVs if sufficient stations do not exist, and no one will pay to build stations if there aren’t enough cars to grow demand (stations cost hundreds of thousands of pounds each to build). California, Germany and Japan have tried to spur development of hydrogen stations with subsidies and loans, but development is both slow and expensive.

Fuel cells create electricity by combining hydrogen stored in a tank with ambient oxygen, emitting only water vapor as byproduct. That electricity usually charges a battery pack which powers the electric motors—identical to how serial hybrid cars work, only with fuel cells replacing traditional fossil fuel combustion (i.e. in most new hybrids the gas never moves the wheels, it acts as a generator to charge the battery pack).

While many fear the combustibility of hydrogen, it tests safer than gasoline because its low density evaporates quickly, whereas petroleum tends to pool and combust. These issues all muddy the public’s perception of hydrogen, but can be quickly corrected with education and exposure.

In business applications, however, FCEVs don’t succumb to obstacles like infrastructure and public misconceptions. Take for example package delivery fleets such as FedEx, UPS and Amazon; construction equipment; municipal bus lines and other heavy-duty uses- these don’t require a network of widely dispersed stations. You can simply build tanks at headquarters or job sites. Vehicles fill in the morning, drive all day and refuel when they return to HQ. Amazon has already switched their forklifts over to fuel cells, Germany and the UK are testing hydrogen-powered passenger trains, and China already has thousands of fuel cell buses in service—a 27 percent jump in 2018 alone.

So what about battery electric vehicles (BEVs) for these duties, you may ask? Batteries are simply far too heavy for most commercial applications, unfortunately. The electric motors that motivate both BEVs and FCEVs are powered by batteries; it’s just the latter’s are recharged in operation via fuel cells converting hydrogen to electricity—meaning FCEVs require considerably fewer battery packs for equal or superior range, torque, power, etc. Toyota’s Project Portal FCEV semi, for instance, features 80,000-lb capacity, 1,325 ft-lbs of torque and 300 miles of range—all without releasing a single atom of carbon from its tailpipe.

A California startup, Alaka’i Technologies, aims to bring FCEV technology to the third dimension—the air. Its electric vertical takeoff and landing (eVTOL) Skai aircraft boasts a five-person seating capacity, 1,000-lb payload and 400 miles of zero-emission flying. Looking like a giant space-age drone, the Skai utilises six rotors (four posting from the rear, two up front) for flight. The company’s goal is as simple as it is ambitious: to make air mobility both accessible and environmentally sound, two seemingly impossible qualities for jet-fuel-powered aircraft.

For legal reasons the Skai’s minimalist design is initially set up to be piloted by a human, but it can already be flown both remotely and autonomously. Due to fewer regulations when passengers aren’t involved, the Skai could quickly fulfill medical, public service, emergency and military applications in remote or difficult-to-reach regions. Soon after, you could be zipping to work in one, exhaling nothing but a wisp of water vapor into the air as you scoff at those mired in gridlock below.

“Skai demonstrates that fuel cells are vital for applications that batteries simply cannot support,” argues Brian Goldstein, executive director of Energy Independence Now, a hydrogen advocacy nonprofit. “Hydrogen storage is substantially lighter than batteries, and fuel cells are capable of powering a much wider variety of vehicles with higher payloads, longer range, faster refuelling times and zero emissions.” And weight matters, especially in aviation. FCEVs might be just the thing for us to experience a more incredible lightness of being.