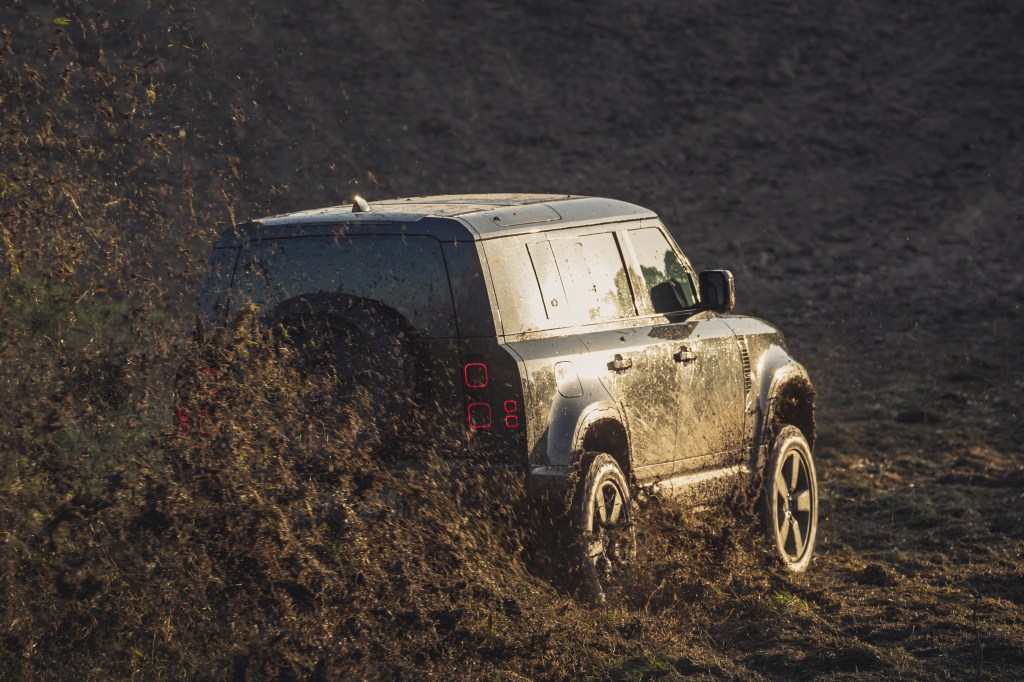 Released in April 2020, No Time To Die is the 25th official James Bond film, and stars James Bond… as well as another 21st Century Icon – the new Land Rover Defender. The teaser video below shows behind-the-scenes footage, captured during filming of the movie, of stunt co-ordinator Lee Morrison and stunt driver Jess Hawkins putting it through its paces in the most extreme off-road conditions.

“Designing and co-ordinating the action sequences for the Bond franchise requires a non-compromising mindset,” says Lee Morrison, James Bond Stunt Co-ordinator. “We needed an unstoppable vehicle to help us battle against the elements, steep descents and river crossings so we chose the new Defender. I’m beyond impressed that the Defender is not only back but better.”