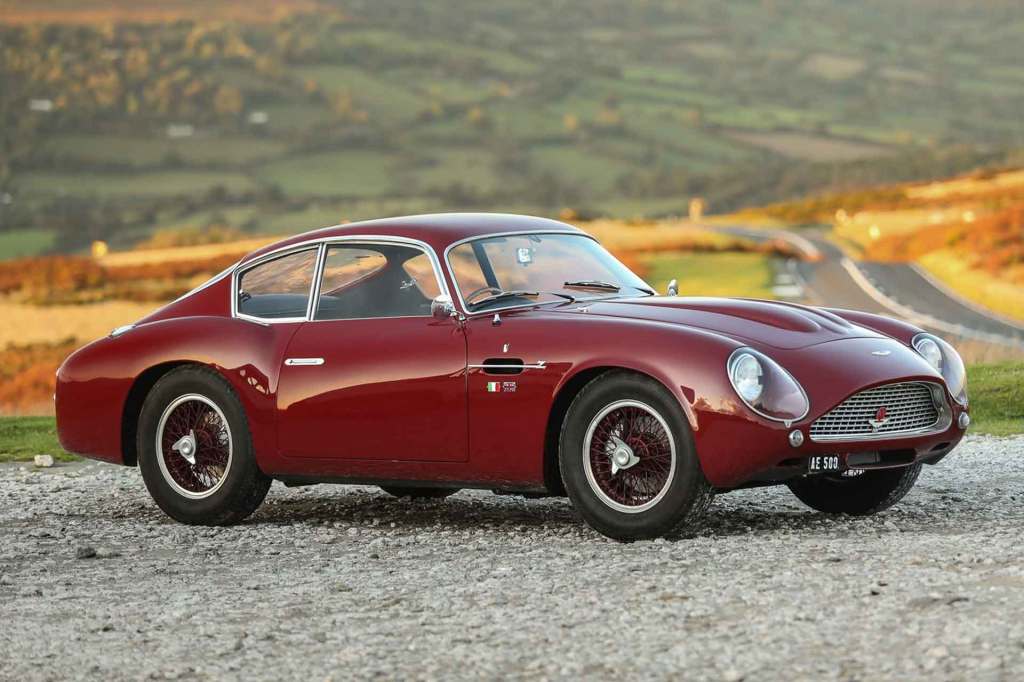 Aston Martin’s DB4 GT Zagato ranks among the most collectible sports cars of its era. Add a one-of-a-kind paint job and it’s even more coveted. Case in point: this rare ‘61 example. Of the 19 that were produced, it’s the only one finished in striking Peony red. The combination is so rare that the car is expected to fetch more than £6.5 million.

The specially tuned grand tourer features lightweight alloy coachwork penned by Ercole Spada of Zagato and pairs sporty design with impressive performance specs. Fitted with a 3.7–litre aluminium inline-six, it’s capable of punching out 314 horses. This gives the feather-light model a top speed of 154 mph and allows it to sprint from zero to 60 mph in just 6.1 seconds.

The sole example to sport elegant dark red, the speedster has been kept in immaculate condition for the past half century. Its first owner, Teddy Beck of Cheshire, England, had the car for more than two decades yet covered only 15,000 miles. Since then, chassis 0176/R has had just four owners, including Aston Martin’s very own director Victor Gauntlett and noted collector Paul Vestey.

The current owner, who snapped up the ride in ‘85, has put the thoroughbred through 30,000 miles of road and track, highlighting its athletic, high-octane energy. She’s garnered a loyal following, too. The showstopper received numerous accolades at Concours d’Elegance and has also been covered in multiple books on the model and the marque.

While there are a few restored models on the market—in fact, the automaker even released a handful of new, track-only continuation cars last year—this DB4 Zagato remains in its original form and has never been restored. Translation: It has authentic character and provenance in spades.

The DB4 is will be up for auction at Gooding & Company’s “Passion of a Lifteime” sale on September 5 and is expected to sell for between £7 million and £9 million.