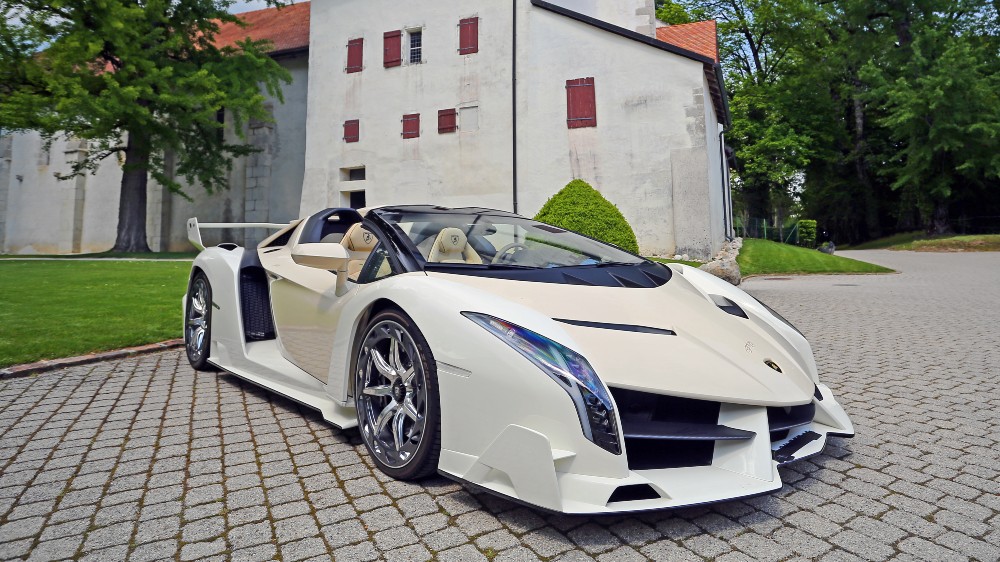 If you aren’t one of the very select few who have been able to get your hands on a Lamborghini Veneno, now’s your chance.

The heralded Italian speedster is one of 25 supercars, hypercars and luxury motors that will be up for sale at a no-reserve auction held by Bonhams in Geneva this Autumn, according to Hypebeast. Joining the ultra-limited Veneno will be a Ferrari LaFerrari, a Koenigsegg One:1, and an Aston Martin One-77, to name just a few.

Lamborghini released the Veneno in 2013 to mark its 50th anniversary. Perhaps best known because of its bombastic—even for Lamborghini—styling, the fearsome-looking two-seater was the company’s attempt to bring the “aerodynamic efficiency of a racing prototype onto everyday roads”. Limited to a production run of just nine—which makes it one of the most appealing lots in the Bonhams sale—the roadster packs a mighty punch thanks to a powerful 750 hp, 6.5-litre V-12 engine, and is able to accelerate to 62 mph (100 kph) in just 2.8 seconds, with a top speed of 221 mph. Originally available for an eye-popping £3.1 million, the two-tone white and cream Veneno up for auction is expected to fetch anywhere from £4 million and £4.7 million.

But as rare a gem as the Veneno may be, it’s far from the only super exclusive car you can add to your collection at the auction. Other once-in-a-lifetime vehicles that’ll be part of the sale include the even rarer Koenigsegg One:1 (one of just six in the world), a McLaren P1 and a Bugatti Veyron 16.4. The roster of 25 is rounded out with other exclusive models from Bentley, Maserati, Mercedes-Maybach and Porsche.

Including the Veneno, the collection is expected to sell for more than a combined £10 million. Potential buyers and car aficionados can check out the cars for themselves at the prestigious Bonmont Golf & Country Club on September 27 and 28. The auction, which will also include jewellery, watches and Chinese art, will be held September 29.