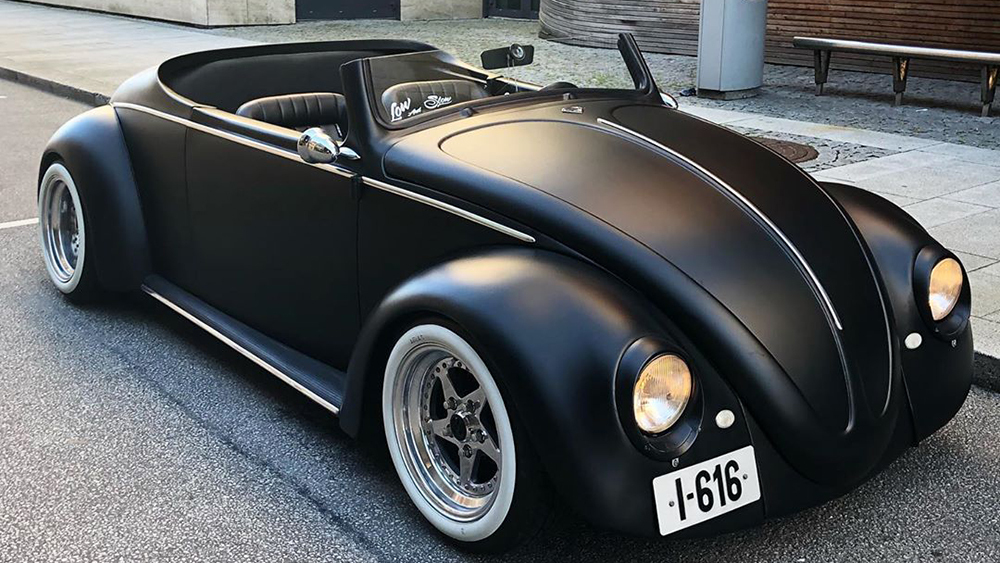 It’s hard to imagine a VW Beetle ever being Batman’s vehicle of choice until you see Danni Koldal‘s heroic take. The auto enthusiast has turned a vintage Bug from the ‘60s into a menacing matte black roadster that’s worthy of everybody’s favorite zoomorphic vigilante—especially if he was hipster petrolhead from Brooklyn.

Koldal took a 1961 Beetle Deluxe as the base and gave the ride a minimalist look fit for the 21st century. The front windscreen has been trimmed down to form an aggressive straight line that starkly contrasts the beetle’s voluptuous curves. This new open-air design would no doubt allow Bruce Wayne to take a joyride on the right summer day.

Elsewhere, Koldal opted to remove the original’s signature chrome bumpers and fender-mounted turn signals for a pared-back feel. The mirrors, meanwhile, have been updated with torpedo-shaped variants that are small yet striking. The car has also been lowered just like a custom hotrod. 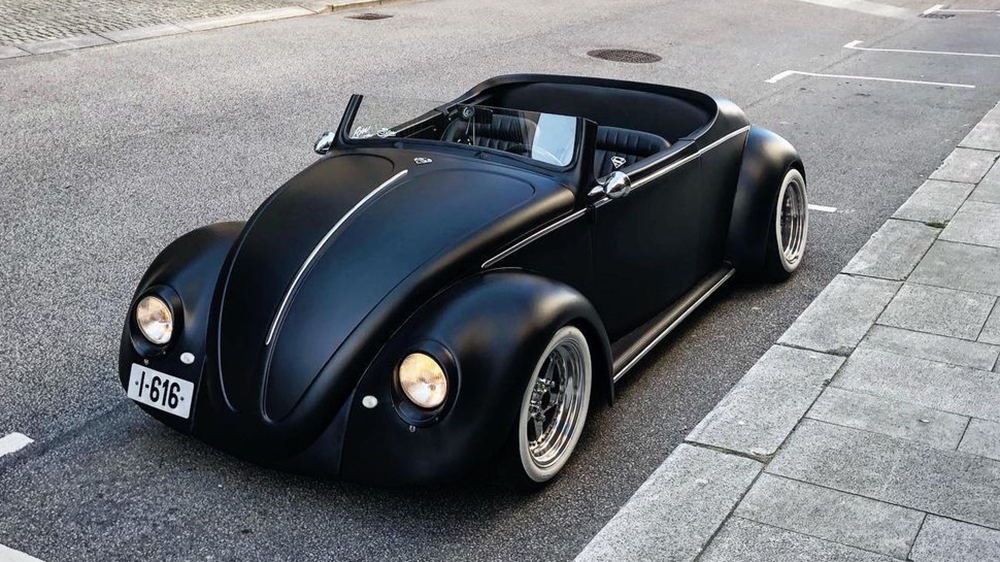 Our favorite touch, though, has to be the big whitewall wheels, which recall low-riders of yore and offer a bad-ass complement to the matte black paint job. The interior carries on this two-tone colour scheme and features luxe black leather seats.

The dashboard is decidedly simplistic and sports only one gauge to display speed and distance travelled. There is also a radio and a handful of indicator buttons, but, well, it’s got nothing on James Bond’s DB5 in terms of toys. 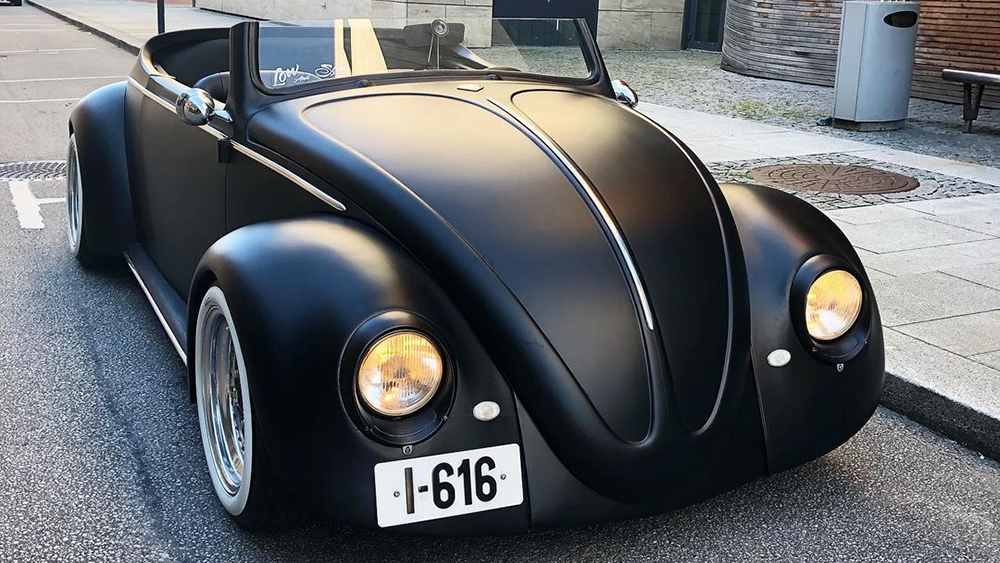 Should the custom ride retain the original’s four-cylinder, it would offer 40 hp. While this might sound like a rather modest amount of grunt for a superhero, the 1961 model was actually a vast improvement from the 1960 beetle. In fact, the factory delivered 27 improvements and some were rather significant, like boosting the engine, adding an all-synchromesh 4-speed gearbox and an ignition switch that couldn’t engage the starter motor while the engine was running.

No doubt Wayne enterprises could improve upon that.