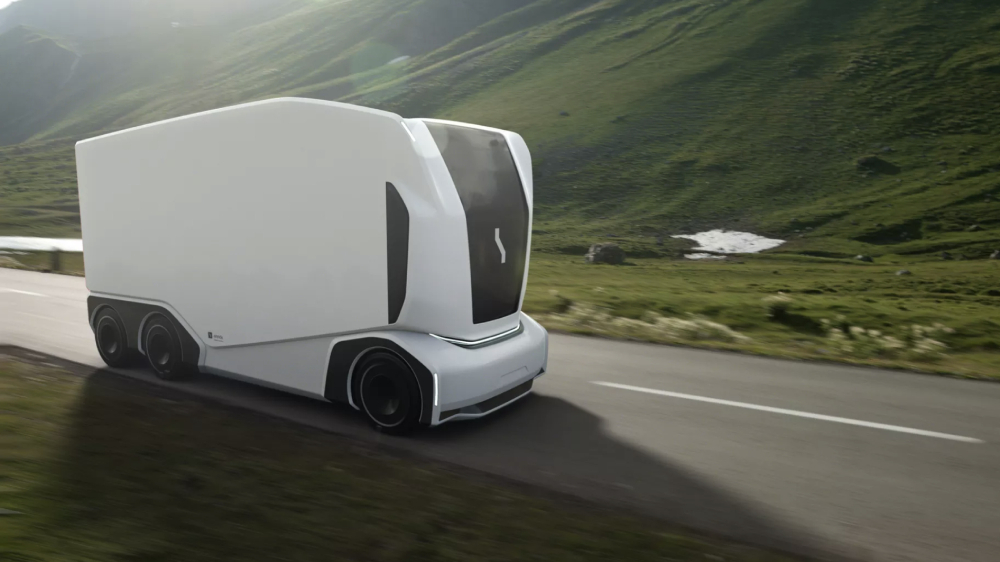 Driverless cars are nudging their way to reality, but one start-up wants to take things a step further with driverless trucks. And its efforts could change freight hauling on the road for good.

Sweden-based Einride has just released renderings of an autonomous freight truck it hopes to have on the roads as early as next year. The futuristic white vehicle, called the Autonomous Electric Transport by the company, comes in four variants which all share an aerodynamic silhouette. This minimalistic design allows the manufacturer to more easily scale up production, something it hopes to achieve quickly.

“In terms of tech features, each Pod will be nearly identical, with some different hardware and software configurations depending both on unique customer needs and operational domain demands,” Einride’s CEO Robert Falck told The Verge. “That means an electric drivetrain, proprietary telematics hardware that interfaces with the freight mobility platform, and autonomous drive hardware such as LIDAR, cameras, and sensors on each Pod.” 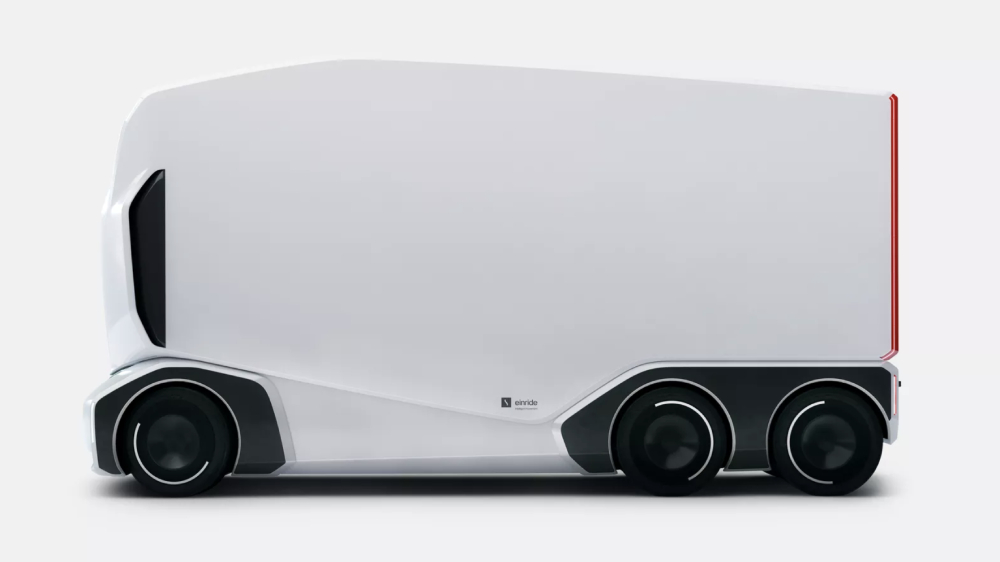 A side profile view of the autonomous truck. Courtesy of Einride

Much like the company’s previous designs, this model is cabless, which allows for greater storage capacity. The first two of the four variations––dubbed AET 1 and AET 2––both weigh 26 tonnes and can support payloads of up to 16 tonnes while achieving top speeds of 18mph. Their slightly more robust siblings, AET 3 and AET 4, have similar configurations and specifications, but can go up to a modest 45mph. The former, slower incarnations are designed for deliveries in rural areas whereas the latter are designed for motorway transport.

Though unverifiable at this point, Einride claims that its vehicles have the potential to reduce transportation costs by over half and CO2 emissions by as much as 90 percent. This boldness has helped Einride make quite an impression, however. Just last year it raised over £19 million in investments and another £7.7 or so million at the beginning of October.

While all of the vehicles can be controlled remotely, the startup will use software from artificial intelligence specialists Nvidia to achieve Level 4 autonomy, meaning the vehicles can be truly driverless within a specific context. And if Einride has its way, you could be driving past its early prototypes sometime in 2021.