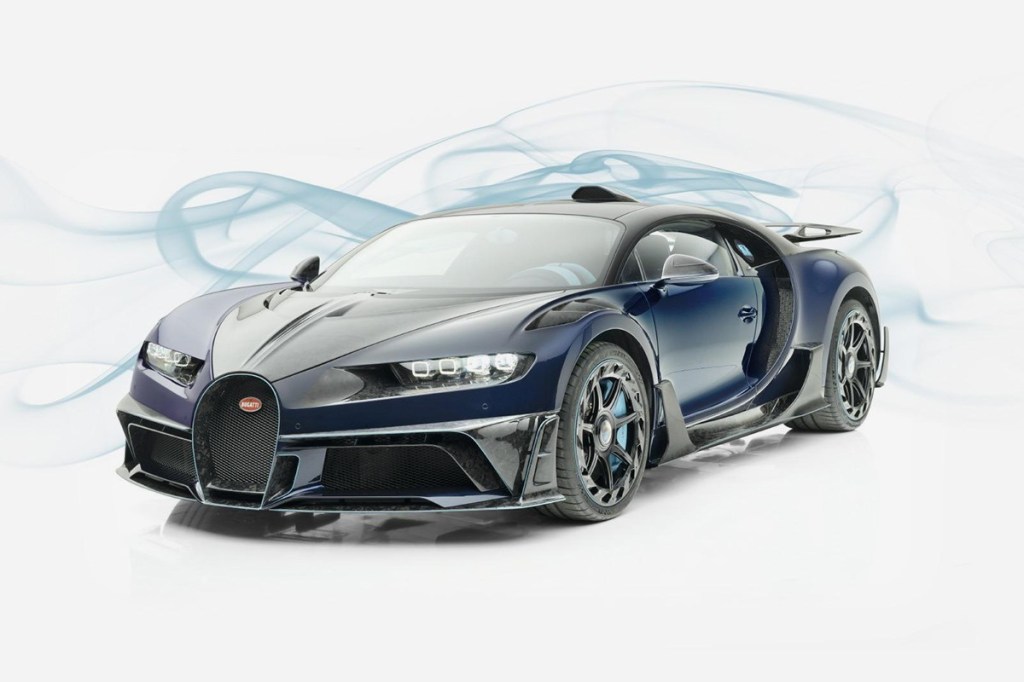 It takes a special kind of bravado to believe you can add to the inherent maximalism of the Bugatti Chiron. But the designers over at Mansory appear to have that quality in spades.

On Monday, a listing for a modified version of the supercar popped up on the German tuning company’s website, according to Top Gear. The mod in question—dubbed the Bugatti Mansory Centuria—marks the first time that anyone has had the audacity to alter the paradigm-shifting Chiron.

In fairness, if anyone has the chops to pull it off, it may be Mansory; the company has been “upgrading” Bugattis since 2009. And it certainly doesn’t lack for confidence. In a statement about the project, Mansory said, “No other company can boast more experience in individualisation of these million-dollar luxury sports cars than the team around company founder and designer Kourosh Mansory.”

So, how exactly do you enhance a vehicle capable of reaching speeds of 261 mph, and which this publication humbly called the “ultimate supercar“?

It doesn’t start with the innards, apparently. At press time, it was unclear whether company has touched the car’s 1,500 hp, 8-litre, W-16 engine. But it did go to work on the exterior: In addition to a unique “Centuria blue” paint job, the supercar now sports bespoke carbon-fibre body panels, new side skirts, a diffuser and a re-designed wing, all of which will purportedly improve its aerodynamics. The company has also added larger intake inlets on the hood to help cool the engine, a special exhaust and fully forged alloy wheels with a turbine design and a carbon-fibre finish.

Beyond the new, more menacing visage, the company also gave the interior a once over. While Bugatti isn’t one to skimp on the cabin of its cars, Mansory has turned things up to 11, adding eye-catching blue and aqua accents, leather quilting and a brand new ergonomic steering wheel.

So, how much will this modified Chiron—a car that already costs around £2.35 million straight from the dealer—run you? According to the company’s website, you can own the Centuria for $4.8 million (roughly £3.75 Million). That’s no small bump for an aesthetic makeover that may or may not improve its looks (full disclosure: we prefer the original).

Of course, while there are 500 “standard” Chirons, the Centuria does offer one other distinction: Its unique brand of extra is one of a kind—perhaps for good reason.