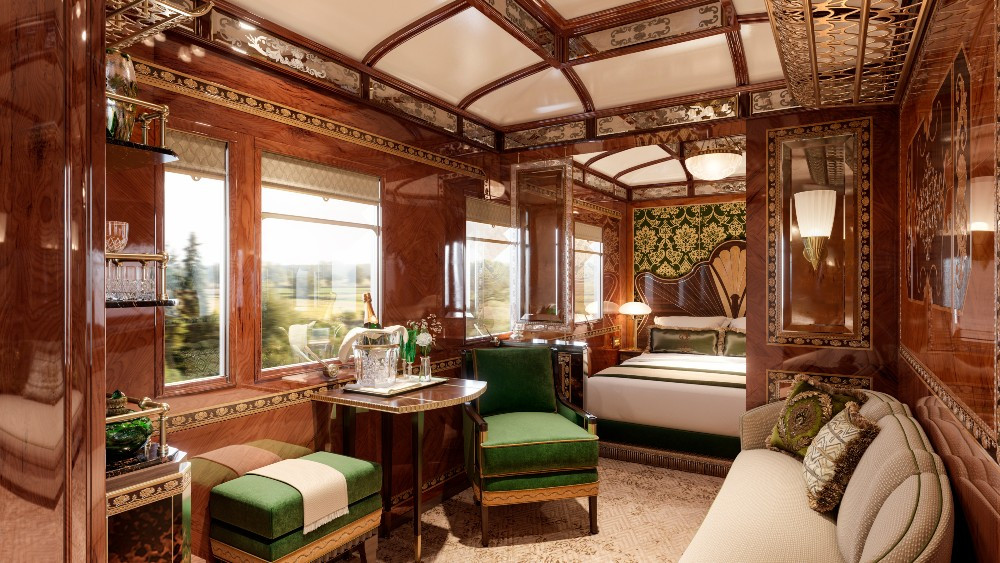 One of the world’s grandest trains is about to get a little more luxurious.

Next year, the legendary Venice Simplon-Orient-Express will debut three brand new Grand Suites, according to its operator, Belmond. Each of the glamorous and spacious cabins will be named after the historic European city that inspired them – Vienna, Prague and Budapest.

Like the train’s previous Grand Suites, Vienna, Prague and Budapest were all made with expert craftsmanship and the comfort of its riders in mind. Each features a private living area, private bathroom with showers, and double beds that convert into twin beds. Other amenities include a personal 24-hour cabin steward to ensure each rider gets the most from their trip, private in-cabin dining, spacious marble en-suites, heated floors, champagne and complimentary robes.

While the new suites stay true to the train’s 1920s Art Deco roots, they were also designed to capture the essence and feel of their namesake cities.  Vienna’s Classical design is a nod to the city’s many landmarks and grand palaces. Featuring a gold and emerald colour scheme, the centerpiece of the cabin is an ornate, curved headboard with silk-fabric paneling. Meanwhile, the Prague cabin aims to capture the Baroque and Gothic architecture of the Czech capital, as well as its “theatrical” feel. Adorned in rich golds and maroons, it attempts to balance the ancient and modern by mixing elements like embroidered cushions with Cubist-inspired mosaics. Not to be overlooked, the Budapest cabin draws inspiration from both sides of the Danube River, which cuts through the city, for its design. The deluxe cabin references both Gothic and Ottoman architecture and features detailed marquetry and sumptuous silk embroidery.

Joining previous cabins inspired by Paris, Venice and Istanbul, the new Grand Suites bring the Venice Simplon-Orient-Express’s total to six. A stay in one of the lushly appointed suites starts at £6,200 per person. While less luxurious than a stay in one of the suites, a journey from Venice to Vienna, Prague or Budapest in a twin cabin starts at £2,200 per person, while the journey from Vienna, Prague or Budapest to Paris or London starts at £2,573.