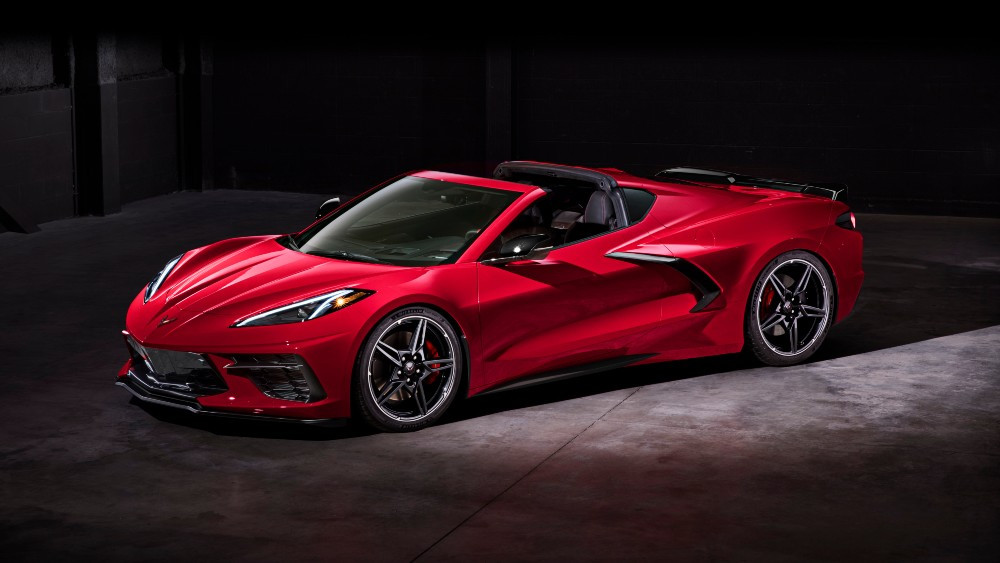 With production of Chevrolet’s C8 Corvette now underway, we’ll soon find out whether or not the first mid-engine version of the ultimate American sports car is worth all the hype. But judging from the car’s Nürburgring lap time, the new ‘Vette is off to a good start.

On Wednesday, CNET Roadshow reported that the new C8 completed a circuit around the notoriously difficult German track in just 7:29.9 during testing last year. News of the speedy lap didn’t come from a press release; instead it was hidden as an easter egg of sorts in the trailer for Chevy’s upcoming two-part documentary about the making of the C8.

About 50 seconds into the promotional clip, which consists mainly of interviews with engineers and footage of the car driving fast, there’s a shot of the track with the lap time painted on it. While the numbers initially look like little more than graffiti, Chevy confirmed to CNET that the sub-7:30 lap time is in fact real. A spokesperson told the website that the lap time was established by five-time 24 Hours of Le Mans-winner Oliver Gavin in a new Corvette with the Z51 Performance Package during testing last summer.

A representative from General Motors, Chevy’s parent company, did not respond to a request for comment from Robb Report.

I had a great time behind the wheel of the Corvette Stingray last summer in Germany. Take a close look at the Corvette Documentary Trailer to see how we did, they even let me set a laptime! @Corvette @TeamChevy

40 people are talking about this

The 7:29.9 Nürburgring lap time puts the C8 in the company of more expensive supercars like the Mercedes-Benz SLS Black Series (7:25.7) and the McLaren MP4-12C (7:28.0). It’s also about 10 seconds faster than the unofficial times put up by the C7 Corvette, according to Car and Driver, and nearly a half-second quicker than the new 992-generation Porsche 911 Carrera S.

The lap time is even more impressive when taking into account that, Z51 package or not, this is still a base model ‘Vette. Based on everything we know about the Corvette’s history, Chevy is all but certainly hard at work on more high-performance versions of the car right now.