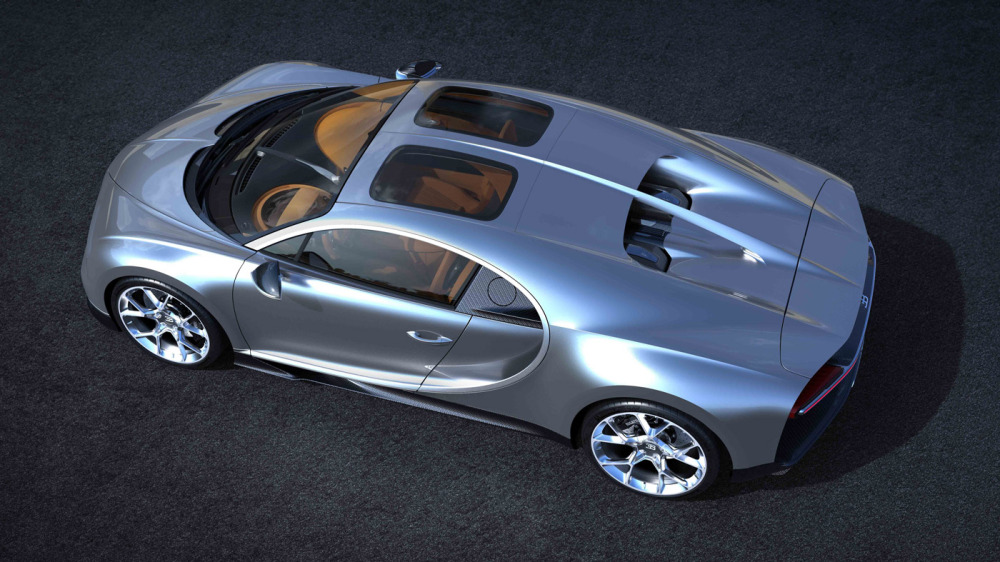 The astonishing accelerative thrust of a 1,479 hp Bugatti Chiron—as in the ability to launch from zero to 97 kph in just 2.5 seconds—would make any driver see stars. If that doesn’t, perhaps the car’s US$3 million price tag will.

Bugatti, however, has just announced that it will be offering buyers of its quad-turbo W16-engined supercar an alternative, and less heart-pounding, celestial sensation. And all they will have to do is look up.

The Chiron is now available with the new Sky View option, a glass roof that will flood the two-seater’s cockpit with light, offer an extra headroom, and add even more exclusivity to Chiron ownership—if that’s possible.

The two fixed panels, each measuring 25.6 inches long and 17.3 inches wide, are made up of four layers of wafer-thin glass that are laminated to actually increase the stiffness of the roof. The glass is also tinted to maintain privacy, reduce heat, and filter out harmful ultraviolet radiation.

The laminated glass increases roof stiffness and is tinted to protect against ultraviolet radiation.

If there is a disappointment, it’s that Bugatti has not followed Mercedes-Benz’s lead in equipping the Chiron with SPD-SmartGlass light-control technology. Mercedes models with Magic Sky Control panoramic roof sections can go from clear to opaque at the touch of a button.

Arguably, a more significant benefit of the Chiron’s Sky View roof is the extra headroom the inset glass panels offer. They unlock an additional inch of interior height, offering NBA all-stars one less reason to resist buying a Bugatti.

The Sky View option’s glass panels give the Chiron an additional inch of headroom.

No official pricing for the Sky View feature has been released. That announcement is expected to be made when the car makes its public debut during Monterey Car Week, in Northern California, later this month.

It will certainly be a busy week for Bugatti as Monterey also sees the debut of the company’s top-secret new model, the Divo, believed to be a rebodied, more handling-focused version of the Chiron. Just 40 examples of the Divo will be built, each priced at roughly US$5.8 million. That kind of price tag will definitely have one seeing stars.