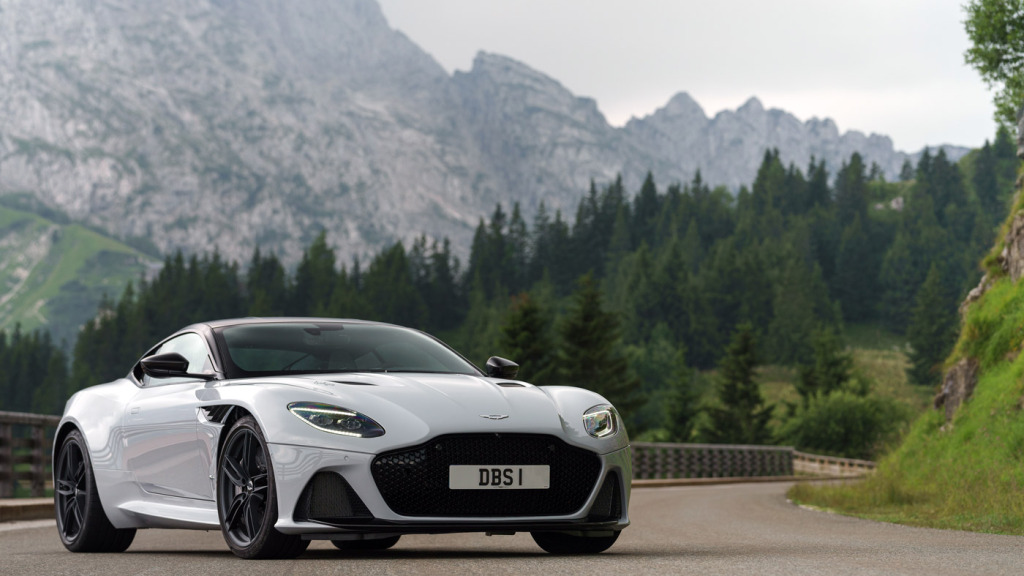 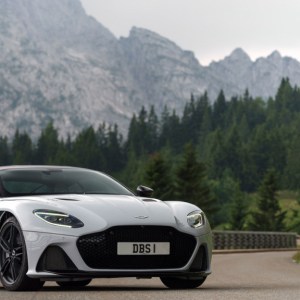 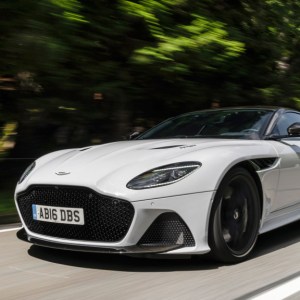 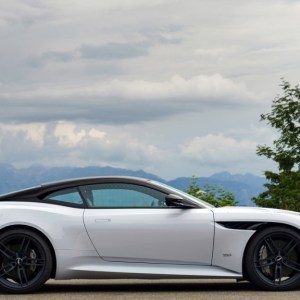 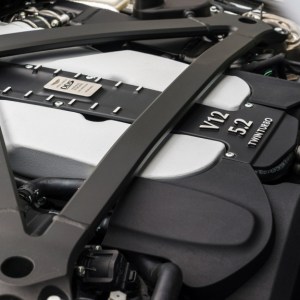 My only retort after climbing out of the DBS Superleggera, atop one of Germany’s picturesque mountains was, “What a {expletive} machine!” Aston Martin has, after a century of production, finally achieved perfection. In the cadre of precious exotica I’ve driven, the Aston Martin DBS Superleggera is the best car in recent memory.

Though the company has always strived to provide a transcendent customer experience, the resulting products have always been somewhat compromised. Whether those issues were caused by management decisions, former American corporate overlords, a bout of soulless engineering, or any number of other variables that have befallen the British marque throughout its history, Aston Martin has never been able to attain what the DBS Superleggera accomplishes—a flawless grand-touring formula that bleeds into supercar territory.

Naming Aston Martin’s new flagship required delving into a somewhat obscure portion of the brand’s past. First introduced in 1967, the DBS moniker was meant to denote the successor to Aston Martin’s DB6. But in fact, the two were produced concurrently. Later, DBS would come to denote the firm’s flagship grand tourer. As for Superleggera, Aston Martin had commissioned Touring of Milan to produce the first DBS’ body, a car originally slated to be named the DBS Superleggera, though, it never materialized (due to Touring filing for bankruptcy midway through the design phase). The name, however, stuck around, and when the design for this car was finished, it was the ideal opportunity to apply it to this gorgeous hellion.

Though the name implies a personality more inclined to lackadaisical summering in Monaco, sipping champagne by the emerald Mediterranean, this is an automobile centered on seemingly divine propulsion. The thumping, pumping, bleating heart of the DBS Superleggera is a retuned iteration of Aston Martin’s 5.2-liter twin-turbocharged V-12 found in the company’s DB11. While on a straight-as-an-arrow German road, and pinned to the sumptuously upholstered sport seats all the way through third gear, I did not believe the company’s engineers when they state the DBS Superleggera is rated for 715 horsepower and 664 ft lbs of torque. It’s more. A lot more.

Pressed on whether those performance figures are conservative, an Aston Martin representative replied, “We’re British. We’re always conservative.” My opinion is that its horsepower is closer to 800, while torque edges toward 9677 kg cm plus. An opinion further solidified by a run on an open, traffic-free section of every gear head’s dream, the autobahn.

With the DBS Superleggera in Sport Plus mode, which sharpens throttle response and allows the mid-mounted ZF 8-Speed automatic transmission to shift more aggressively, I bury the DBS Superleggera’s throttle into the plush floor mats. The digital speedometer ticks off speeds not in single increments, but by tens of digits a second. After some time though, traffic requires me to abandon my fun after a good lick. Aston Martin set the car’s speedometer to kilometers per hour, so it takes me a few seconds to work out the conversion of my white-knuckled run—276 kph. While definitely moving, 276 kph is still far from the DBS Superleggera’s 339 kph top speed. I wish I had a longer runway.

Every square inch has not only been designed for functionally but also to be visually evocative.  Photo by Max Earey.

Aston Martin says zero to 96.5 kph is clocked in just over three seconds. On the tight country lanes that lead away from Munich, the car feels quicker. All that power and torque is managed, whether through science or sorcery, by a set of 305-width DBS Superleggera-specific Pirelli tires and the marque’s traction control that limits torque through the first two gears. The result is cruise-missile-shaming acceleration. But unlike the DB11, on which the DBS Superleggera is based, slicing through apexes will not be an issue when you level the accelerator.

On Germany’s side of the Alps, the mountain roads feature blind crests, double apexes, off and on-cambered turns, and tunnels that all make a drive feel like a rollercoaster ride. In the DBS Superleggera, I make quick work of everything, railing through the kilometers of my route in short order. Of the cars that make up Aston Martin’s Second Century plan, the DBS Superleggera has its cornering dialed to racecar levels of control, feel, and bite. The enhanced cornering characteristics are due to new forged suspension components. And its lighter overall weight—compared with its DB11 sibling—is thanks to carbon body panels, retuned dampers, the aforementioned Aston-specific-compound Pirelli tires, and forged aluminum wheels.

The DBS Superleggera launches from zero to 96.5 kph in 3.4 seconds and can reach a top speed of 339 kph.  Photo by Max Earey.

Whereas the DB11, and even DB11 AMR push wide when provoked, or snap into oversteer, the DBS Superleggera is brilliantly neutral, with just a hint of oversteer. The overall experience is one of telepathy. The turn is there and then it’s just not. You’re already through it and onto the next set of switchbacks. In one particularly complex section of road, another one of my group’s DBS Superleggeras came into view. With my vehicle enlarging in her rearview mirror, the driver of the lead car dropped two gears and dipped heavily into the V-12’s powerband. The resulting six-minute shakedown was one I’ll never forget. There are few other machines in existence that are able to corner as aggressively as this new Aston Martin.

Stopping the DBS Superleggera can be a stomach-churning experience. Carbon-ceramic brakes are featured at all four corners, while massive 6-piston calipers at the front, and 4-piston calipers at the rear, stop the car as if you had just hit the broadside of a Mack truck. And though they’re stupendous in their ability to halt your momentum, they’re also easily finessed when deliberately getting the car to slip and slide under braking. Its dynamics, then, are perfect.

But as this is meant to be the company’s flagship grand tourer, so are its accoutrements. Aston Martin takes the DBS Superleggera’s interior to new levels of refinement. Whereas most luxury nameplates pay little attention to where their leather hides come from, Aston Martin takes a near-obsessive approach. Not only has the marque selected an individual ranch in Scotland to source its leather, it also selects a specific breed of cow, all of which is done so as to ensure every square inch of leather-lined cabin is without imperfections and is baby-soft to the touch.

The seats must also be singled out, as they too have been softened. Their padding soaks up bumps and envelops driver and passenger alike, keeping the occupants in place as space and time warp outside the cabin’s glass when the throttle is engaged.

Hides used for the interior are not only from an individual ranch in Scotland but from a specific breed of cow.  Photo by Max Earey.

As far as the DBS Superleggera’s looks, it doesn’t take the immaculately sculpted alpine backdrops and vistas of Germany to fully understand that the model is a work of beauty. I even stopped once or twice during the day just to stare at the car. Every square inch has not only been designed for functionally, but also to be visually evocative. It’s a sultry exterior, one sculpted to provoke the chills of a tense sensual moment. Yet, the carbon-fiber body panels, beautiful as they are, also function to effectively funnel air to the rear of the car, creating real downforce as its scythes through each paved mountain artery.

Compared with the DB11, the DBS Superleggera is longer, featuring a wider maw to vortex air to the retuned V-12. Atop the power unit, two wide nostrils with aluminum grilles give the engine further cooling, and offer every onlooker a glimpse into the expansive bay. Side strakes provide better air evacuation from the front wheel wells and, at the rear, Aston’s engineers gave the DBS Superleggera a double diffusor and a fixed carbon-fiber wing.

Of the DBS Superleggera’s proportions, the only thing my eye becomes slightly irritated by is that wing. While the rest of the design encompasses elegance, that little carbon piece of trim looks like an afterthought. It’s one that I’m willing to forget, however, as I longingly dream about the car—at least once or twice per day.

In my perfect three-car garage, the DBS Superleggera would take center stage. Its power is explosive, its cornering is similar to how I imagine its roll-caged brethren would behave, and it features a level of pure, unadulterated comfort that would rival a bespoke Eames Lounge Chair. Even at its starting price of £225,000, I consider the car a bargain. If told I’d only get to drive one car for the rest of my life, the DBS Superleggera is the car I’d pick. It’s that fabulous.