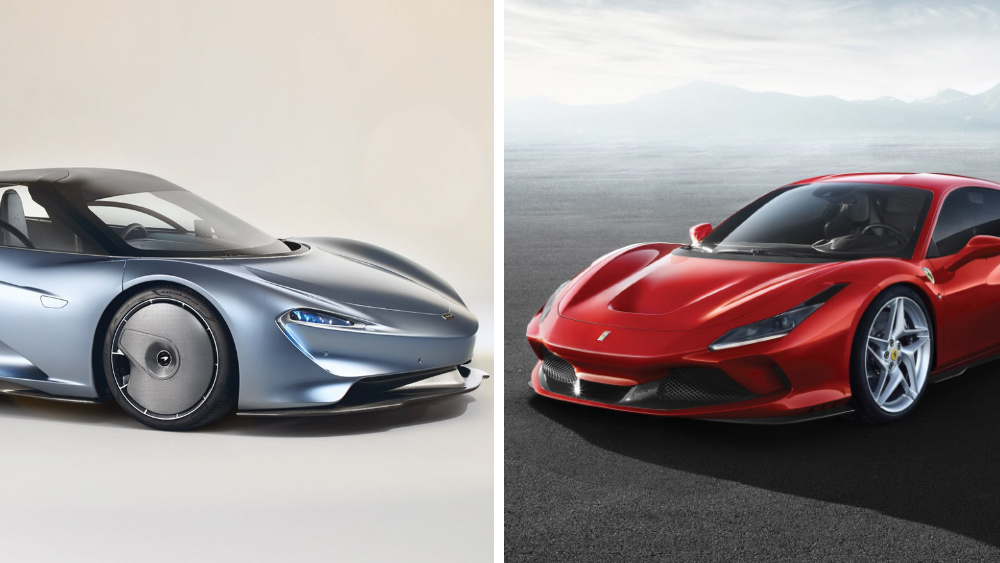 The Geneva Motor Show is beloved by automotive enthusiasts and manufacturers alike for myriad reasons, but because it’s typically focused on sports cars, high-performance machines and luxury vehicles, it’s right in our wheelhouse here at Robb Report. We’ll be making our way around the show floor when it opens tomorrow to bring you up close with some of the debuts from the likes of Pagani, Pininfarina, Polestar, Porsche and Mercedes, but first, a little preview of what we’re looking forward to seeing.

From the Ultimate Series, this limited-edition successor to McLaren’s famed three-seater F1 supercar has made its debut already, but with only 106 units slated for production, we’ll welcome any chance to get up close to the stunningly gorgeous supercar.

The 7 Series is BMW’s flagship sedan for good reason, but the Alpina B7 takes the apex of luxury and performance and ratchets it up several notches. The 2020 B7 will feature a 4.4-litre twin-turbo V-8 good for 600 horsepower and nearly as much torque. That’ll rocket this luxobarge to 60 mph in a mere 3.5 seconds.

OK, it’s a concept, but Audi’s been killing the design game for its electric vehicles, as evidenced by the production units of the E-Tron SUV and the four-door E-Tron sedan. Now, it’s about to preview a crossover “coupe.” If it looks anything like the design sketches, color us properly intrigued.

We’ll finally get to the see the World’s Fastest SUV in the flesh. The crew at Crewe has given the brute of a ute more oomph via a Speed variant, which sees the twin-turbo W-12 engine now rated to 626-horsepower and 664 pound-feet of torque. The shred to 60 drops below the four-second mark, which is properly impressive for a multi-ton SUV.

Bid arrivederci to the 488 GTB and say ciao bella to the F8 Tributo. The latest Prancing Horse borrows design and aero cues from the 812 Superfast and boasts a walloping 710-horsepower V-8 engine, mid-mounted, naturally. Thanks to some 88 pounds from the 488 GTB being chopped out, the F8 is fast on its feet, screaming to 60 in an eye-watering 2.9 seconds.