Southern California and cars have been inextricably linked for more than a century. The Los Angeles Auto Show began in 1907, with 99 cars on display at the local ice-skating rink. Today, it sprawls across more than 70,000 square metres of the Los Angeles Convention Centre, boasting the latest sports cars, SUVs, and electric technology.

We’ve fallen in love with all of the Mercedes-AMG GT variants since the gorgeous sports car debuted a few years ago. Along with a refreshed design, the AMG GT now gets an even more powerful version in the form of the GT R Pro. The street-legal, limited-edition machine takes several cues from the GT4 race car with track-proven suspension and chassis upgrades, standard ceramic composite brakes, and additional aero that includes a carbon-fibre front splitter and rear spoiler. The 4-litre biturbo V-8 in the AMG GT R Pro is tuned to make 430kW and 700Nm torque with a zero-to-100km/h of 3.5 seconds (0.4 second faster than the standard AMG GT) and a top speed of top speed of 319km/h. 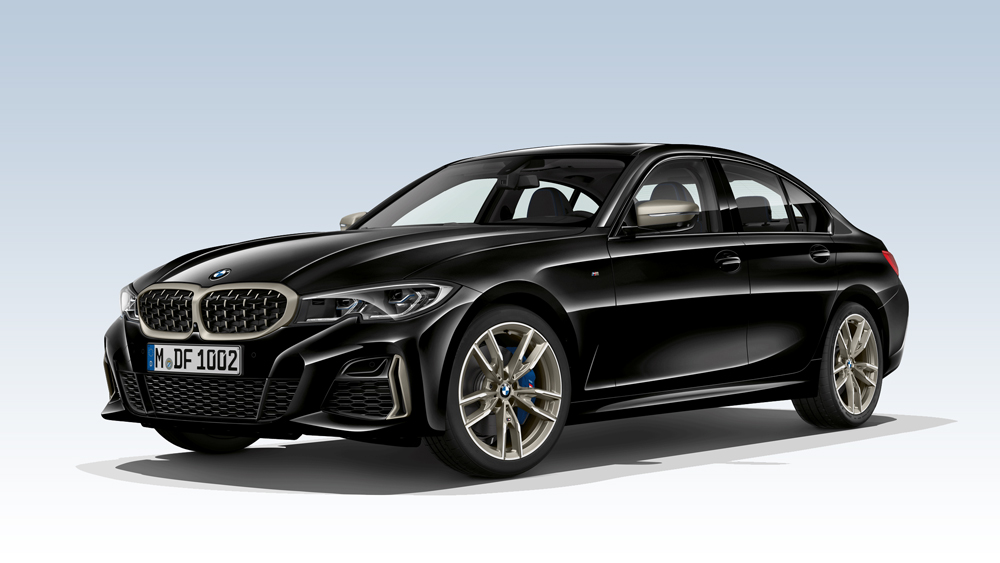 For more than 40 years, the BMW 3 Series has set the benchmark for compact luxury sport sedans. The new M340i, available in both rear-wheel drive and all-wheel drive, is the most powerful “3er” ever built outside of the M3. It makes 285kW and 500Nm of torque from an updated turbocharged 3.0-litre inline-six that’s about 25 percent lighter than the previous engine, while a stiffer chassis and suspension mountings promise even more agility. Variable sport steering, an M Sport limited slip differential, and a fixed sport suspension come standard (the adaptive M suspension is optional).

After years of teasing us with concept cars, Audi’s first all-electric production vehicle is finally on the market. The e-tron midsize SUV promises a range of more than 320 kilometres and is powered by two electric motors that produce a total of 265 kW plus a boost mode for a temporary, extra power kick. A sportback version, similar to the very sexy e-tron GT Concept that we saw during media days at the Los Angeles Auto Show (but was shipped out before doors opened to the public), will debut in production form in 2020.

The X7 should reach the market in March.

Among several vehicles BMW debuted at this year’s Los Angeles Auto Show is the new X7, a large SUV configured as a seven-seater with a second-row bench or a six-seater with captain’s chairs. The X7 is powered by either a 340kW, 4.4-litre V-8, or a 250kW, three-litre inline-six engine. Two-axle air suspension with automatic self-levelling comes standard; options include a rear locking differential, a dynamic handling package, and automated driving assist functions. As with all of BMW’s X vehicles, the X7 will be built in Spartanburg, South Carolina., and is expected to go on sale in March 2019.

The word “icon” gets thrown around a lot in automotive speak, but when it comes to the Porsche 911, there is no denying that this beloved sports car fits the bill. The eighth-generation 911 (a.k.a. the 992) is faster, more powerful, and more tech-savvy than its predecessors, with an updated twin-turbocharged flat-six that makes 287kW in the Carrera variant and 330kW in the Carrera S. With the Sport Chrono package and Porsche’s PDK eight-speed dual-clutch transmission, the Carrera 4S can dash from zero to 100km/h in 3.2 seconds.

Design updates include a body made almost entirely from aluminium, door handles that are flush with the body, and a wider, electronically adjustable spoiler. Also new is a Wet mode, which detects water on the road and adjusts accordingly to improve traction. The 992 also gets a larger, 10.9-inch display screen and connectivity with several new smartphone apps.