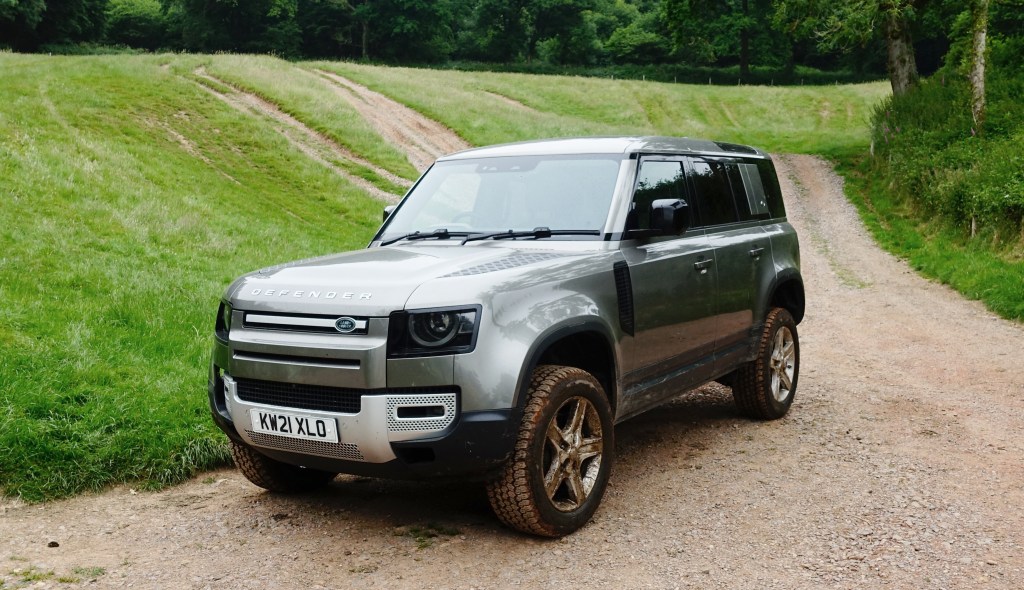 As a child of the 1980s with an eye for a motor, I can still clearly remember the school car parks of my youth. There were the BMW 3-Series and Mercedes E-Classes, owned by the dads with unspecified business interests, and the first-gen Range Rovers for ferrying about the kids with double-barrelled surnames.

The middle-class go-to of the age was the Volvo 740, particularly the GL estate, a blunt instrument of a car you could park outside a country house one day and take camping the next. Volvo made more than a million of them in eight years, and almost a tenth of them ended up in the UK. My classmate Lucinda, a clever, freckled Bo-Peep sort of a girl with a flock of black Labradors, had an inky blue one, and I was extremely jealous of it.

My parents, meanwhile, were Floyd On France fans, and they moved my two sisters, me and a vicious spaniel around in a Renault 21 Savanna, a plunky hearse-like Eurobox with three rows of seats that meant everyone got to sit by a window.

Thirty – blast, nearly 40 – years later and not only am I now one of the dads driving their kids to school, but I’m also driving them to the same school, dropping them off in the same car park to go and do the same things I did in the same classrooms almost four decades ago (armchair psychologists, you’re welcome). No sign of Lucinda or her dogs, though.

Or of the Volvo estate cars of yesteryear. Now, the cars are hulking SUVs, many from the same brand palette: XC90s, Q7s and X7s, many more Range Rovers, plus the odd new entrant from Porsche, with an occasional Bentayga sighting at the end of term when the boarding parents roll into town.

It’s all so idiotic. The roads around the school are hopelessly unsuited to these giants of the road, as is the car park which, for reasons unclear, now includes two slalom sections that are almost impassable in cars built for sheiks, Americans and China’s new rich.

Throwing stones had its moments, but then I was loaned a Land Rover Defender 110, a car with the sort of upscale road presence and impeccable pedigree that makes it a go-to for status-obsessed parents with offspring who like to ‘flex’, as I believe showing-off is now known. Which is just as mad. Because using a Defender on the school run is like asking Picasso to decorate your children’s bedroom.

Not that it’s not a good family car. It’s comfy and roomier than Rishi Sunak’s pool-house, with a tonne of cabin tech (we had 11 charging points), and it drives like a dream. Ours was loaded with the stupendously capable D300 diesel power unit, which is grunty and yet will get to 60mph in 6.6 seconds, and that at cruising speed is astonishingly quiet. All-terrain tyres mean there’s very little road noise, either, and on a few long journeys I nursed 34mpg out of it.

But there are dozens of cars that do all those things better. So bored, curious and a little embarrassed at subjecting their off-roader to no more than some mindless motorway miles, I asked Land Rover if I could take it to one of their Land Rover Experience Day centres so I might actually get an idea of what it can do.

A few weeks later, I found myself in the woodlands of East Devon, and in the hands of a jovial, portly instructor who called himself ‘Minty’, thanks to a story that I heard but didn’t really understand.  In Minty’s care, I finally learned about the bewildering technology that makes the Defender such an extraordinarily capable car. For example, its hill descent control system means you can set the car to roll forwards or backwards up or down a 35-degree incline at a set speed of as little as 2mph, even on snow, sand or shale, while you steer and scream to the wide-eyed in the back, “Look guys, no feet!.”

There are other tricks, too. Somehow, an army of cameras combine to relay a three-dimensional AR view of your position from various angles onto the car’s touchscreen – useful should you find yourself in a tight spot and unable to see what’s around you.

Similarly, you can use the cameras to show what’s ahead and either side of you – handy when Minty sends us up a narrow incline, tipping the car backwards and filling the windscreen with nothing but canopy.

Land Rover’s intelligent Terrain Response System is in play, too. Grass/gravel/snow, mud ruts, sand and rock crawl settings quickly accessible through the dash configure the car’s suspension and power delivery to cope with different off-road surfaces or, if your trust runs deep enough, you can just stick it in auto.

For almost three hours Minty encourages me to push the car to its limits, once rolling over some hideously irregular mounds that leave one wheel six feet off the ground. Still the Defender keeps trucking along: always thinking, always sending power to the correct wheel when it’s needed, totally unfazed by its inhospitable surroundings.

That day, the Defender at last made sense. Up and till then, it had felt too big, too boxy and too unused. I’m all for road status, but you can get that in cars that aren’t carrying hundreds of kilos of spendy tech you’ll never even think about.

And yet. Word is that Defender is eating into Discovery sales, and I can see why. It’s the younger wife, the sneaker drop, the new hotel on the Côte d’Azur. But it’s also completely brilliant. What a machine. What a car. My children will miss being driven to school in it. And so, I’m afraid, will I.