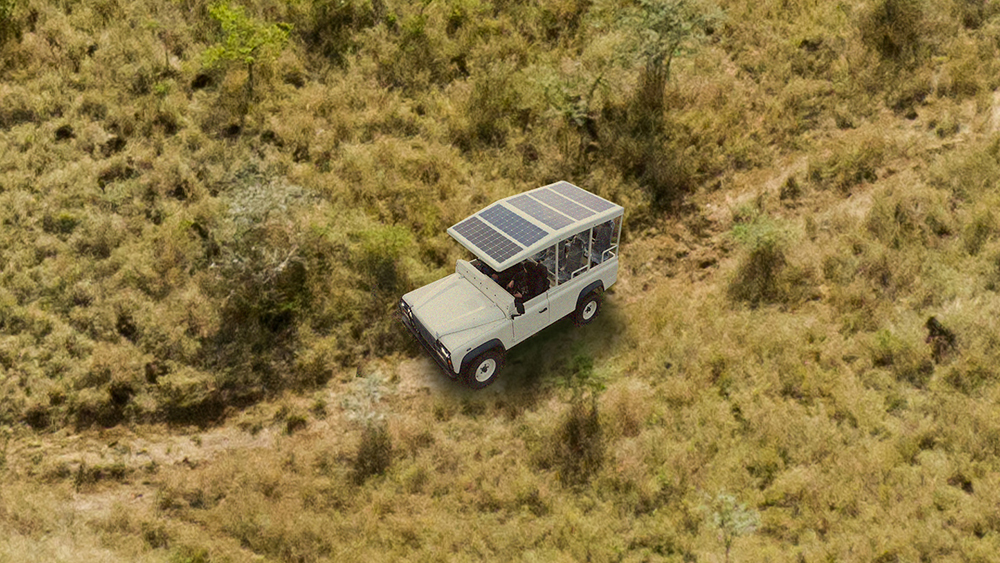 Sunreef has swapped superyachts for safari trucks in its latest endeavour. The Polish shipyard, which is responsible for some of the most remarkable vessels of the 21st century, has engineered an electric off-roader to help with conservation efforts in Africa.

The custom four-wheeler was developed by Sunreef’s mechanical and R&D teams, who utilised their expertise in green tech and mechanical prowess to create an emissions-free ride for the Maasai Wilderness Conservation Trust (MWCT).

For more than 20 years, the organisation has worked to protect the unique ecosystems and biodiversity of East Africa through conservation efforts that directly benefit wildlife, wilderness and the local Maasai communities. Sunreef donated the one-of-a-kind EV to support the Trust’s quest for more sustainable travel when carrying out vital programmes.

The custom Defender is fitted with the same solar panels that are used in Sunreef’s Eco catamarans. Sunreef Yachts

The vehicle itself was brought to life by the shipyard’s founder and president, Francis Lapp, who has a deep passion for motorsports and has customised numerous 4x4s in his lifetime. Lapp and the Sunreef team first purchased a classic Land Rover Defender from the UK, which would serve as a base for all manner of modifications.

First, the Defender’s enclosed back was removed and the entire body refurbished. It, of course, retains that iconic boxy silhouette but is now decidedly more open-air. From there, the team fitted special solar panels to the roof, which feature the same cutting-edge tech as Sunreef’s slick and silent Eco catamarans.

Sunreef used a classic Land Rover Defender as the vehicle’s base. Sunreef Yachts

Under the hood, the brute is equipped with a state-of-the-art electric engine and a powerful battery bank to match the demands of the savanna. Sunreef says the mechanical and electrical systems were specifically calibrated to respond to the needs of the eco-luxury lodges working hand-in-hand with the MWCT, including Campi Ya Kanzi and Chyulu Wilderness Camp.

“The definition of responsible travel that the trust promotes is one of a kind and I feel Sunreef Yachts shares the same philosophy,” Lapp said in a statement. “The Sunreef Yachts Eco technology designed for yachts is now applied to an electric car. I am happy to witness this evolution and am confident it will lead to more exciting projects.”

Now, can you please take this baby to production?