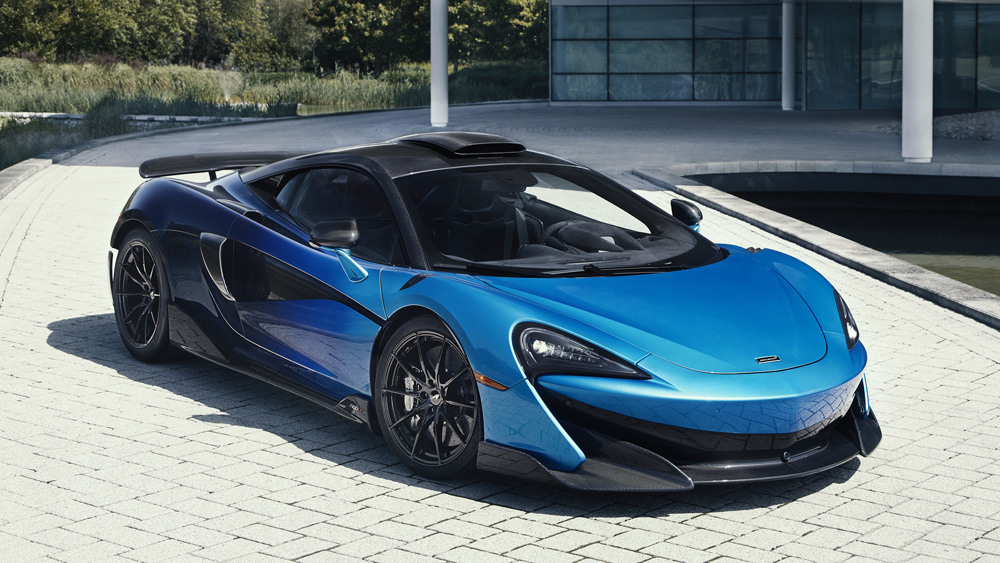 The McLaren 600LT Coupe is already is a show-stopper of a road rocket, but one long-time McLaren Automotive customer felt he needed to draw even more attention to his ride. The marque’s bespoke division, McLaren Special Operations (MSO), recently completed delivery of a custom coupe to its Toronto dealership that features a paint job drawing inspiration from nothing less than a comet—yes, that icy, interstellar rock known for zipping across the heavens.

The MSO team reportedly spent 120 hours to come up with this custom “Comet Fade” paint scheme that was applied to both the exterior and interior of the 600LT, which indeed fades very subtly from Cerulean Blue to Burton Blue to Atlantic Blue. The result is something McLaren is now calling Coriolis Blend, in case you’re apt to follow suit.

This particular customer did not stop with the one-off paint job. Other trick features of his car include a carbon-fibre roof scoop that is reminiscent of the foundational McLaren F1, 10-spoke ultralight forged wheels, and a long list of carbon-fibre bits that adorn everything from the front splitter to the rear wing. Inside, the Comet Fade scheme burns a trail through the cockpit, which also is awash in the race-car staples of carbon fibre and Alcantara. The seats chosen for this unique 600LT are predictably ultra-lightweight carbon thrones geared for the track.

The color theme carries through to the smallest details. Photo: Courtesy of McLaren Automotive.

Now if you find yourself inspired to go your own way with a 600LT, you’ll have to try it with the recently announced Spider iteration as the Coupe run is done. But there’s little compromise to be had. The 600LT Spider offers virtually identical structural rigidity to its closed-top sibling thanks to McLaren’s carbon-fibre Monocell II chassis, which eliminates the need for bracing—and the additional weight involved—on the convertible. Powering the car is McLaren’s 3.8-litre V-8 producing 592 hp and a sprint to 60 mph in 2.8 seconds. Such performance begs the question: Who needs to look like a comet when you can fly like one?