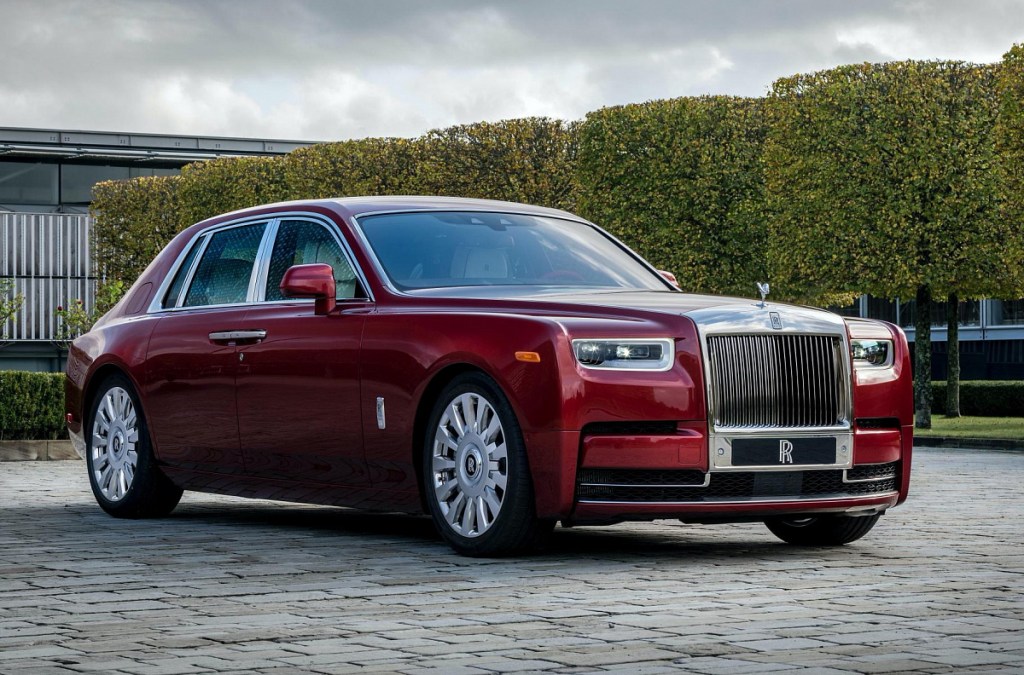 Going once. Going twice. Going…not so fast. Art aficionados have until December 13 to bid on a stunning, bespoke Rolls-Royce Red Phantom that’s being auctioned-off to benefit the global AIDS charity (RED).

Unveiled earlier this week at Art Basel Miami Beach, the red-themed Phantom is the result of a collaboration with acclaimed contemporary African-American artist Mickalene Thomas.

In addition to getting this one-of-one Phantom, the successful bidder will also receive a unique piece of Ms. Thomas’ artwork inspired by the car. Her painting ‘Just a Whisper Away’ recently sold at auction for around £375,000. As an added bonus, Ms. Thomas will help create a custom vinyl wrap for the car’s exterior, based on the artwork.

Not that this unique Phantom isn’t a work of art in its own right. Rolls-Royce has created a special sparkly shade of red it calls Magma which shimmers in the light, courtesy of the top layers of paint being embedded with tiny particles of crystal.

The real surprise-and-delight however comes when you open a door and step inside. The cabin is lined with bespoke Brilliant Arctic White glove-soft leather offset by eye-popping Mugello Red highlights.

Look up and you’ll be wowed by the Starlight headliner featuring 1,600 teeny fiber optic lights in Mugello Red, plus a cool shooting-star feature first seen in the new Cullinan Black Badge.

On the dash, the so-called Gallery—a single piece of glass on the passenger-side that’s used to showcase pieces of art—features a stunning, pleated-leather design (naturally in red) entitled ‘Regatta Sails.’ Alongside it, the Phantom’s clock features a red leather surround.

This isn’t the first time a Rolls-Royce has helped raise money to fight AIDS. Back in 2007, a Phantom Drophead Coupe went for around £1.2 million when it was auctioned to raise money for the Elton John AIDS Foundation.

Proceeds from the Red Phantom auction will go to (RED), the global charity created by Bono and Bobby Shriver in 2006 to combat AIDS. To wave a digital paddle and bid on this one-of-a-kind Phantom, go to https://www.sothebys.com/en/buy/auction/2019/rolls-royce-at-sothebys.