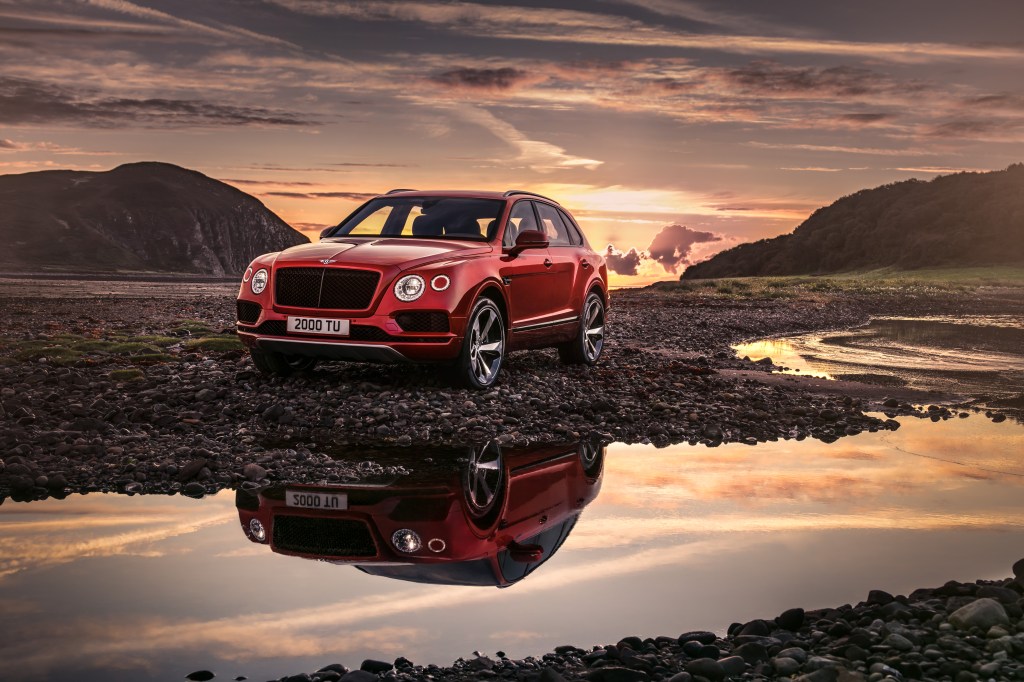 Anyone who knows anything about technology will assert that you never download the first version of the software. Wait for the first update at least, by which time the stay-at-home tech-heads will have done their sworn nerd duty and weaselled out all the gremlins in the system to spare the rest of us the trouble.

What, then, of the Bentley Bentayga, and specifically the V8 model, added to the line this year to complement the car that debuted three years ago with a leviathan W12 power unit? Has the V8 made it sexier, more fun to drive, better? On paper, the V8 is a cheaper, marginally more efficient version of the original, but still an absolute firecracker, loaded with a 4.0-litre, twin-turbocharged V8 that generates 542bhp and can launch the car from 0-60mph in 4.4 seconds, a whole 0.4 seconds slower than the W12. Which leaves you wondering: do such margins matter?

Maybe. But some context, first. At launch, the British marque’s bulbous, bruising beast of a luxury SUV split the critics. On the one hand, yes, it was a mighty machine: the luxury SUV to kill all luxury SUVs (which, until Rolls Royce dropped its brick-like Cullinan last year, it was), with immense power and speed, and an interior so plush you could host an ambassador’s tea party in it. But on the other, it just didn’t quite look right. It was a bit lumpen and irregular. And it had a huge bottom.

I drove the Bentayga W12 through the Austrian Alps shortly after launch and remember being mightily impressed by it. It was as quiet and refined as you’d expect of a Bentley, although remarkably so for a car of its size (it weighs 2.4 tonnes and is more than five metres tip to tail), reassuringly smooth at speed and surprisingly balanced through the corners for a vehicle with proportions more akin to those of a tractor than a coupe.

And then, when you put your foot down, it had plenty of grunt. Really hammer it, and it could scare you. It could be fun, too. I took it into a snowy field, turned off all the clever electronics, and spent a very happy period doing an impression of a 17-year-old Fiesta driver in a Morrisons car park. Just in a car worth north of £160k.

The V8 is, of course, much the same car, in looks at least. Despite the drop in power, it’s still cat-on-a-hot-tin-roof fast and thirstier than an alcoholic hiking in the Atacama. Inside it’s still super fancy too, all soft porpoise and beluga leathers, although drivers of other marques lower down the Volkswagen Group food chain may wonder why the system controls are identical to those of, say, an Audi, only tarted up with dashes of chrome and carbon fibre.

At the helm, there’s no question you get an imperious sense of superiority. It’s a Bentley for goodness sake, how could you not? On the bonnet, the winged Bentley ‘B’ prods proudly into the air ahead, and the same on the tail salutes the chasing pack with grand insouciance. Its brand power is off the chart.

The difference with the V8 is that it’s just that little bit gnarlier. It looks slightly squatter than the V12, a bit more ready to go. Its snarl is a little higher pitched, and perhaps ever so slightly more immediate, although really, if you’re looking for touch-sensitive dynamics, you’ll be buying a McLaren 720S.

Which means the big difference is price. The V8 starts at £136,900, a saving of circa £26,000 over the first of the W12 models – cash you could spend on any of the raft of specification packs Bentley offers. Mine, for example, had the Mulliner Driving Specification, which came with pimped-out 22-inch black polished wheels and diamond quilting as far as the eye could see. For that, you’ll pay £11,850. About the same as a Fiesta, in fact.

The V8 has given the Bentayga a bit more street cred, but better? Hand on heart, if it has a problem it’s not the engine, it’s the looks, which from some angles still curdle. Rumours are Bentley is prettifying it for a second generation. Get it right, and what a car they’ll have on their hands.