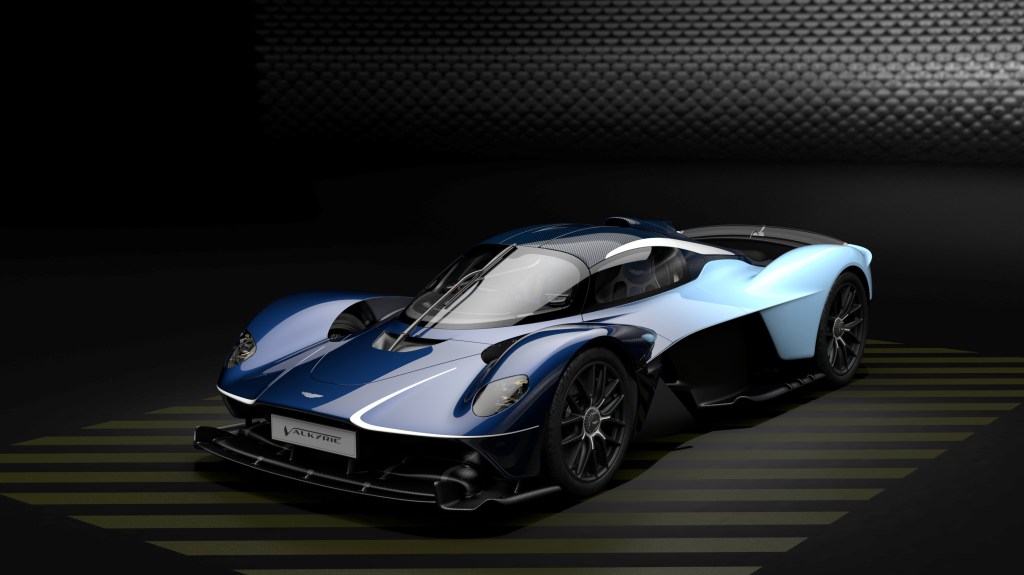 The presence of Andy Palmer’s personal Vantage in his reserved parking space shows that Aston Martin’s CEO is at work, but I don’t have to meet him if I don’t want to. The ‘specification suite’ for the new Valkyrie has been built at one end of the sizeable lobby of the company’s HQ in Gaydon, but it is possible for publicity-adverse buyers to access it from a secluded VIP drop-off point without entering the building, going through the entire process in total privacy.

Few will. Aston is keen to make ordering its range-topping hypercar an interactive experience which draws on the expertise of the company’s most senior creatives. My guide for my own specification session is senior colour and trim designer Thomas Leget, and both design director Miles Nurnberger and chief creative officer Marek Reichman pop in to offer advice. I’m assured it’s the exact same process that will be offered to each of the 150 buyers lucky enough to have got their name down for the Valkyrie: the only catch today being that – as I didn’t – I won’t be getting a finished car. 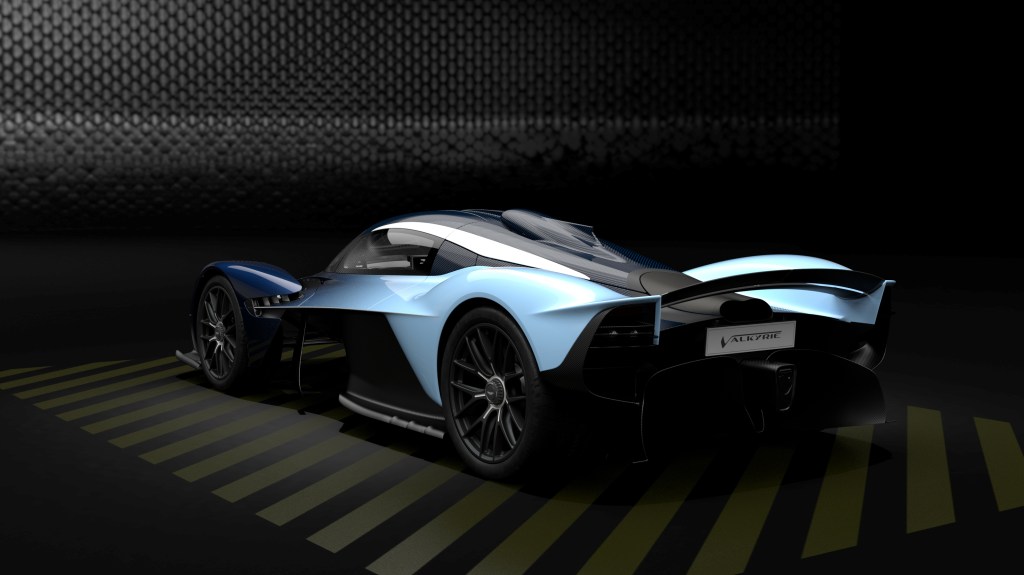 It’s not long since buying a luxury car was a very similar experience to buying an ordinary one. The showroom would be in a more upmarket area, the sales executive would be wearing a smarter suit and the complimentary coffee would come in porcelain rather than cardboard. But the fundamentals were identical: what colour, which options boxes were you going to tick and how much were you going to pay? Options were limited – supercar buyers in the 1990s considered themselves lucky if there were more than three factory paint schemes to choose between. Anything out of the ordinary would be left to the aftermarket; Ferraris used to be supplied with a blanking plate in the dashboard instead of an audio system.

Things have changed dramatically. The expansion of the luxury car market has fuelled an equally impressive rise in ‘bespoke ordering’ – that which allows buyers to go beyond official options and choices and create truly unique cars. Despite being a stripped-back Hellion built around Formula One designer Adrian Newey’s obsession with performance, I discover that the Valkyrie offers practically limitless possibilities for factory customisation. 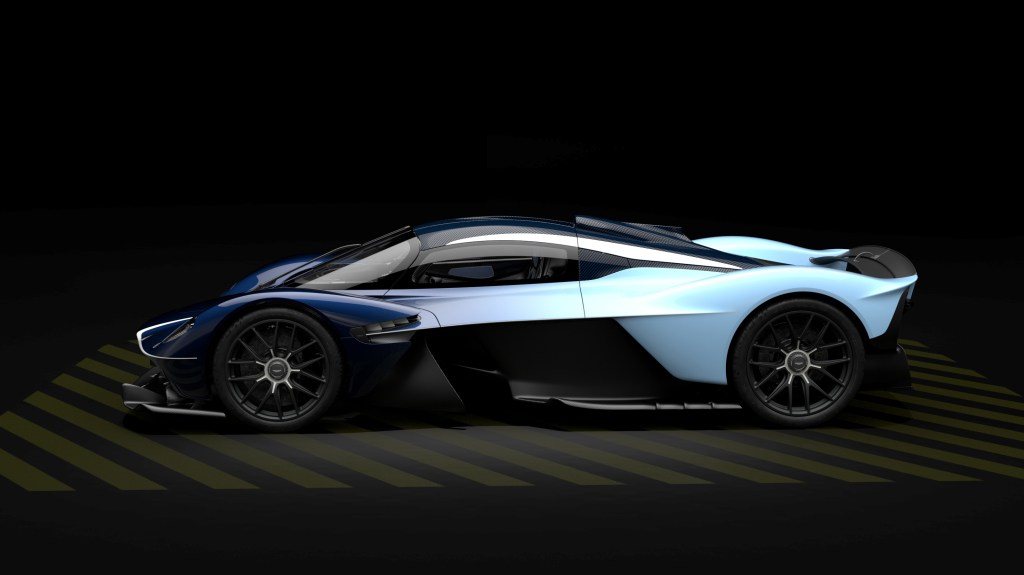 A few will stick to an unadorned specification, or one of the suggested themes that Aston’s designers have worked up. But the majority will make the trip to Warwickshire for the full session, which offers the tantalising possibility of tasking Aston’s ‘Q-Division’ with a one-off colour or finish.

The choice is huge. I can carry on Newey’s minimalist mantra with titanium badges claimed to weigh 99 per cent less than the regular ones, or even lightweight paint that is claimed to add just 700 grams to the weight of the Valkyrie’s naked carbon-fibre. Or I can take the other extreme with a Gold Pack that adds 24 carat jewellery, or some truly eye-melting paint finishes. This isn’t just about up-selling on an already hugely expensive car; Nurnberger says that personal sessions help cut back on the to-and-fro of bespoke ordering carried out at a distance or through a dealer. 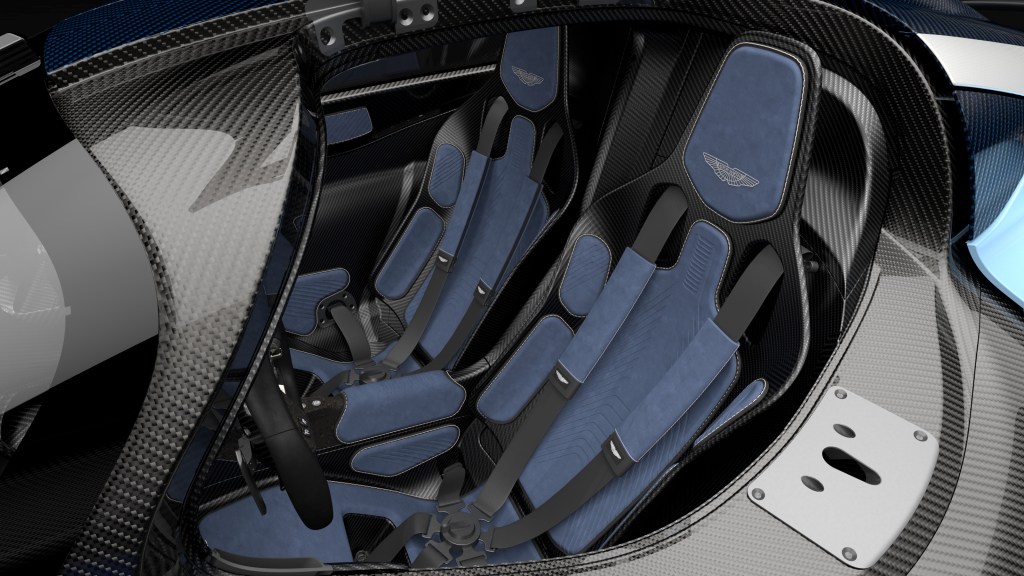 Then there’s the optional AMR Track Performance Pack, which – after several hours of work by a technician – will transform the road-legal Valkyrie into something closer to the track-only AMR Pro version that will follow it. It brings aggressive wingwork, lowered suspension and – the crucial point for today – a second set of bodywork allowing buyers to dramatically alter the appearance of the car. With the abandonment of somebody spending pretend money, I order it, and choose a colour scheme to show off the split personality. So a modest blue for the road, the blended dark-to-light finish at the suggestion of Reichman himself, then a deliberately vivid track finish making copious use of the accurately named Maximum Orange. The car is created for me on a sizeable display screen using the same CAD software used in the design process. There’s even the chance to get close to it in three dimensions using a Virtual Reality viewing system.

My personalisation will have added substantially to the Valkyrie’s $3.2-million price tag, of course: Aston can’t say quite how much, but promised that – was I doing it for real – the various departments involved would come back with an exact figure. While that would doubtless be sizeable, it’s not hard to see the temptation.