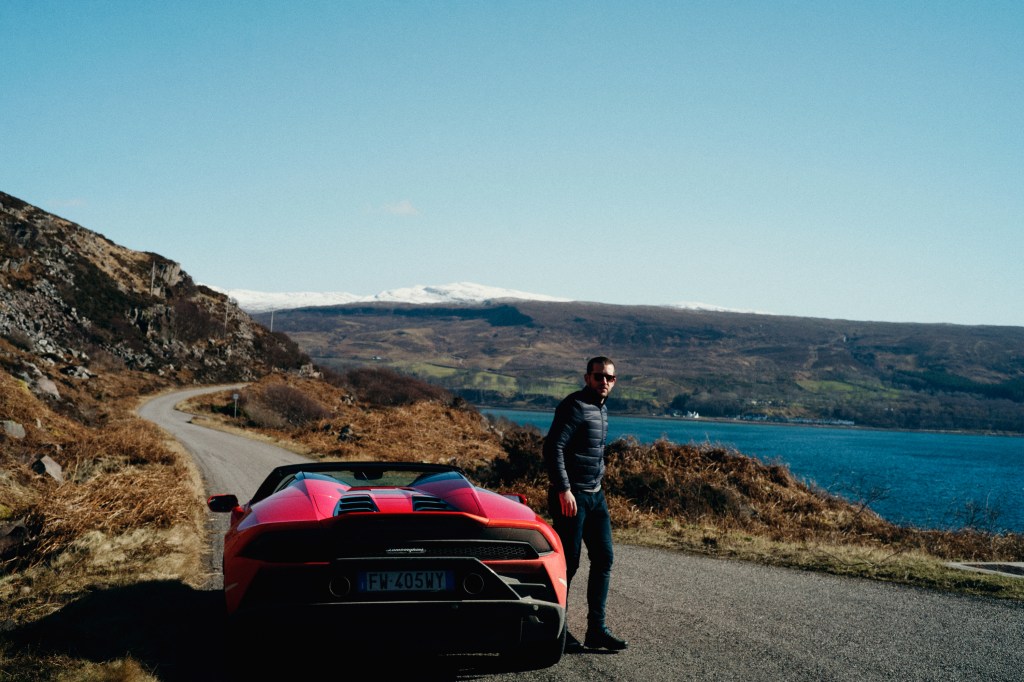 As a life-long fan of Jeremy Clarkson, It’s no surprise that he was the first person I heard talk about Scotland’s North Coast 500. He claimed it to be the best road-trip “in the world” and as my co-conspirator (photographer Michael Shelford) and I are constantly adding to our list of future expeditions, the NC500 breezed to the top.

Our first question after choosing a route is always: What car do we do it in? Seeing as I know about as much about Leica as he does Lotus, this decision was mine. When people think of the Scottish Highlands, they picture a rugged, dramatic, almost medieval landscape. For cinephiles like us it’s a place of epic drama – where the sound of freedom echoes in the wind. 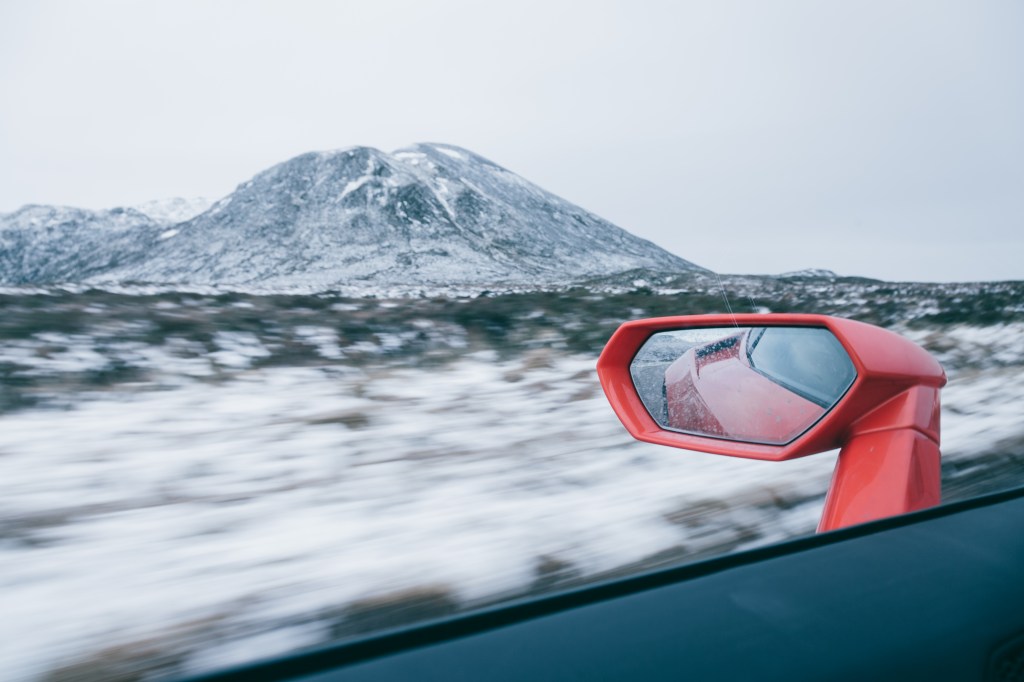 Given this it was clear that a four-wheel drive would be essential; something strong, well-engineered, capable and with enough grunt to power up the inclines and devour 516 miles with ease. It’ll have to be able to accommodate at least two people, and have space for Michael’s cameras (he’s got a black one and a grey one – they look very shiny and expensive).

After much careful deliberation it was clear that the Lamborghini Huracan EVO ticked all these boxes and, as it’s always sunny in Scotland, it should be the Spyder, so I can get a tan on at least my forehead. “A Lamborghini?” I hear you cry. Well thanks to Audi’s obsession with the word Quattro, it is a four-wheel drive, and its parts are German so engineering shouldn’t be a problem; meanwhile 202mph seems capable enough to me and I think 631hp is all the grunt one might need. It was the perfect choice. 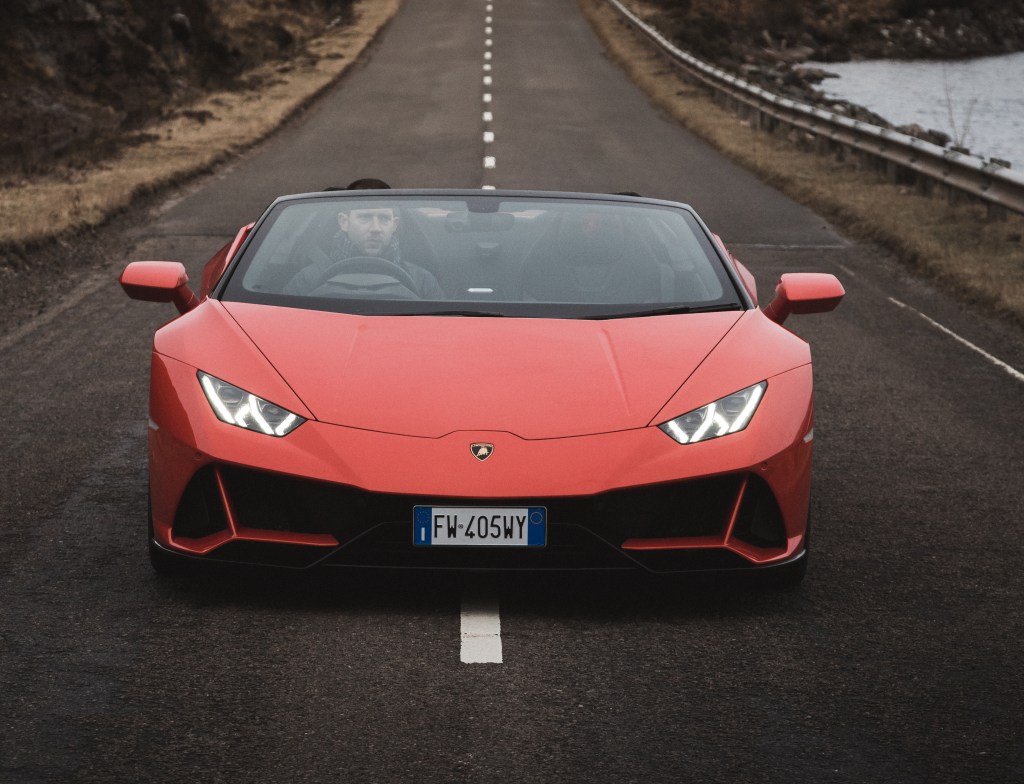 Well… almost perfect. Yes, it could accommodate two adults and photography gear. However, should you desire, say, a toothbrush or, dare stretch to a change of clothes, you’ll start to come into problems. Let’s just say, the storage solutions in the EVO Spyder are somewhat limited. You know those card wallets that people who don’t use cash anymore have? It’s about half that.

The only sensible thing to do (aside from denying myself a week in a Lamborghini – no chance) was to get hold of another four-wheel drive car that was equally capable and well suited to the Scottish Highlands. Hence, the Land Rover Defender 110 XS seen in some of the pictures here – the last of the old/original/classic design, an icon, and a car so at home in the rugged countryside I wouldn’t be surprised if it grew roots. 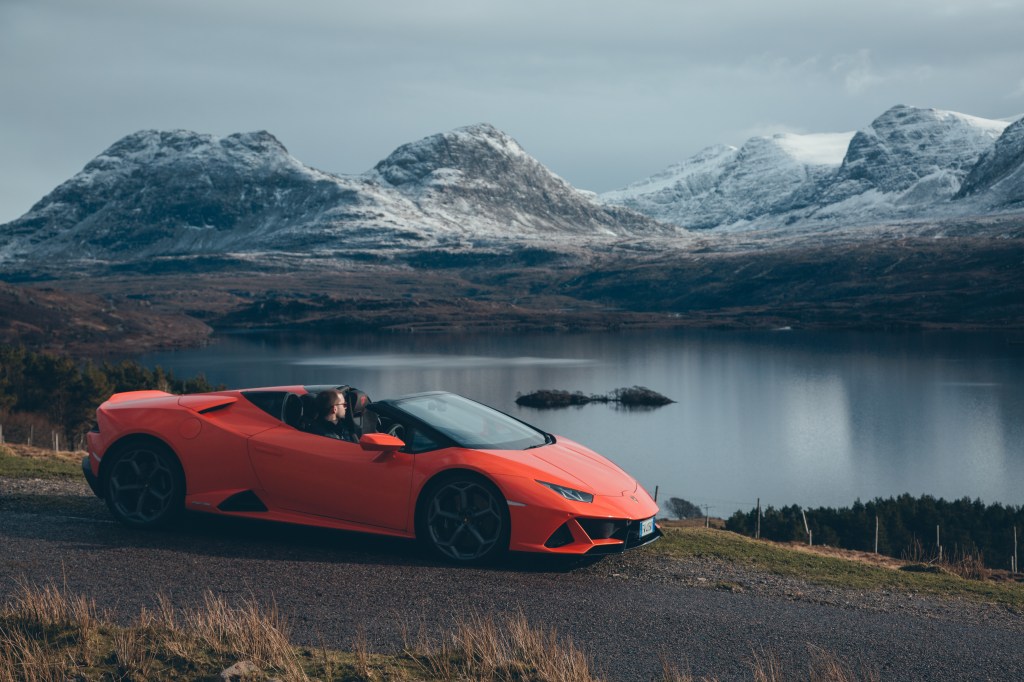 As we now had a whole new swathe of space it only seemed smart to fill it with another photographer (Chris Mann), a filmmaker (Tristan Brooke) and a whole collection of camera equipment. (We could now bring clothes and toiletries too, which was a bonus.) All set, we collected the car from Lamborghini Edinburgh and embarked on a quick dart up through the Cairngorms, and convened with the others at WildTrax HQ (a 4×4 hire company, perfect for the NC500) just south of Inverness.

Our band of brothers and automotive cavalcade assembled, we set off, full of excitement and already covered in our first drops of Scotland’s finest rain. The norm is to start in Inverness and head north, going anti-clockwise – this way the visual thrills accelerate as grass turns to heather and hills to mountains. The first roads were wide, solid and safe – the perfect place to get to grips with our cars. 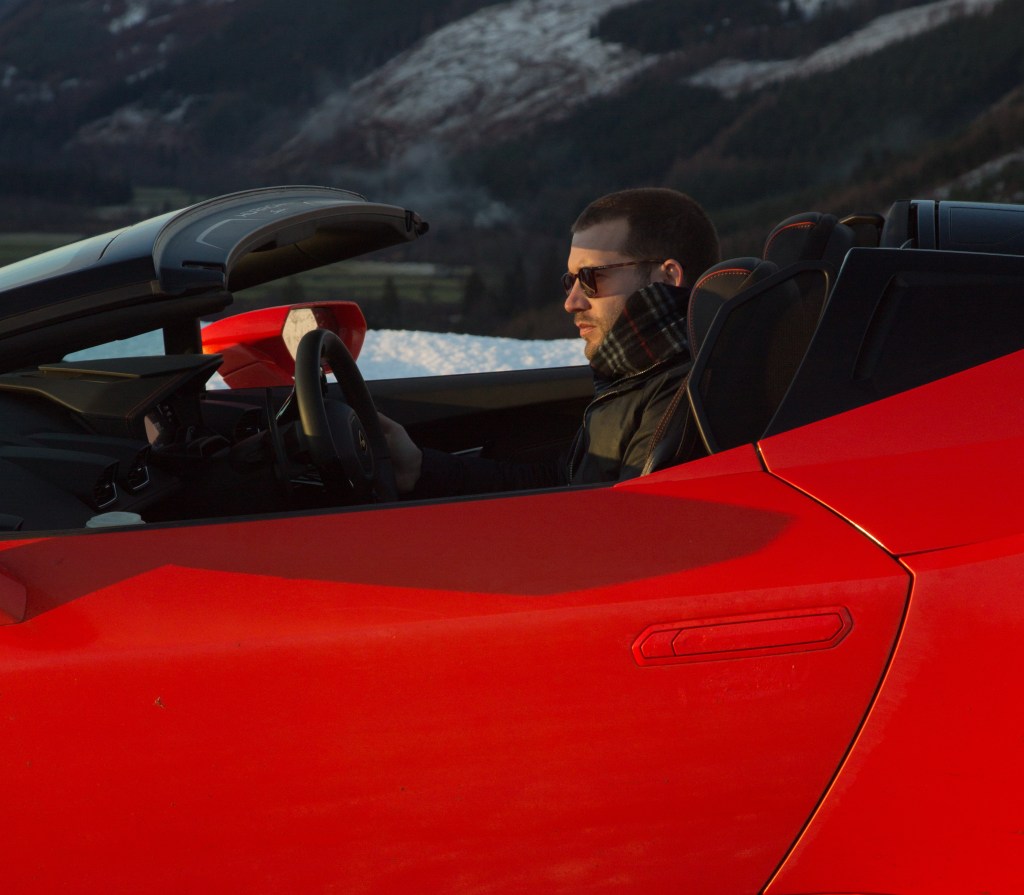 I found a suitably quiet bit of road, and with the carbon ceramic brakes well warmed, decided to open the taps somewhat. Putting the Huracan into Sport on the ANIMA control is like scrambling a squadron of fighter jets from an airbase inside your head. The exhaust drops a couple of octaves, and you’re hit from behind by an orchestra of pops and crackles. As for the gearbox; it reconfigures its changes with brutal alacrity, downshifting like lightning and pulling you from zero to hero with thrilling ease. The acceleration is visceral. Wrenching. Titanic. It needs a thesaurus. That first bit of pedal to the metal violently threw Michael back into his seat prompting a: “Holy sh*t how fast are we going…?” No more than 70mph I’d imagine. (Thankfully I’d checked in advance that he’d finished his coffee, thereby avoiding a costly cleaning bill.)

Talking of coffee: Lamborghini have designed a cleverly disguised, sexy little pop-out cup holder – but why only one? It means that performing animated driving for a passenger’s pleasure can only be done ‘sans flat white’ and as thoroughly modern, cosmopolitan types are surely their target, we are rarely ‘sans flat white’. Maybe it’s there to encourage you to drive alone? Well if I owned one, I’d probably be keen to give everyone (and/or anyone) a lift in it. Just have to remember not to stop for coffee, I guess. 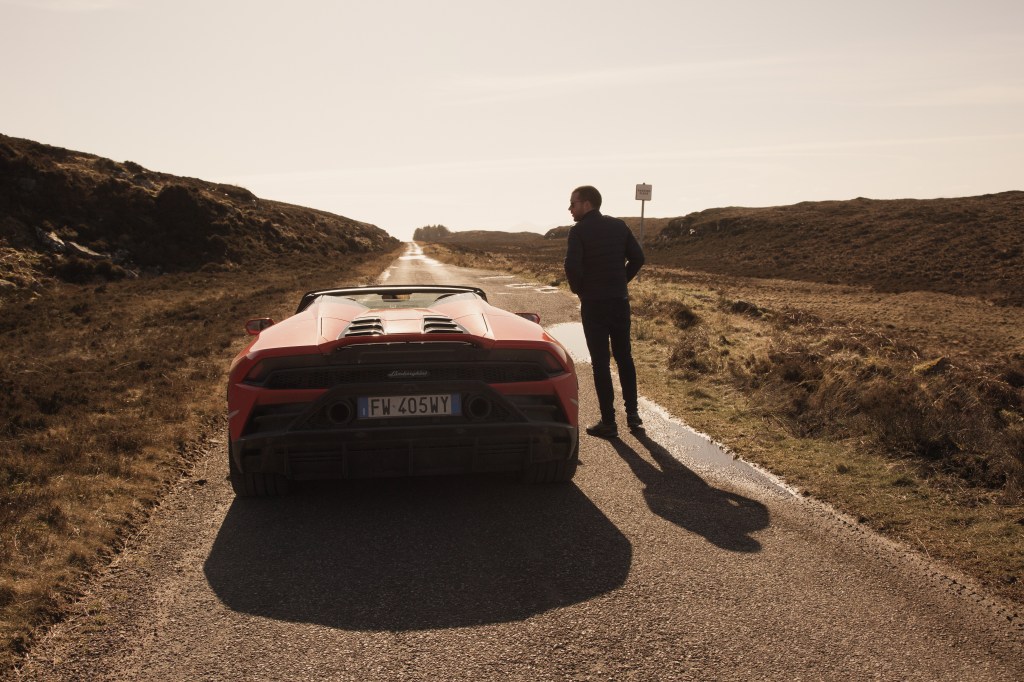 I digress – after this period of familiarisation, we stopped for a cosy lunch at La Mirage in Helmsdale – a marvellously eccentric little place, complete with an inexplicable life-size US Cop statue and a lamp shade held aloft by two stocking covered legs. Oh, and FYI – a ‘large fish and chips’ means you get two pieces of fish, not just a big piece of fish. Full of fish and bemusement we continued north.

Having spent the day being beaten by the wind and rain (and at times snow and hail), our first overnight stay beckoned. The Forss Hotel provided everything one would need. Greeted by the irrepressible Anne in the bar and presented with delicious food and a vast selection of whisky, we settled into the Scottish way of life with ease.

Lead photograph by Chris Mann; other photographs by Michael Shelford

WITH SPECIAL THANKS TO