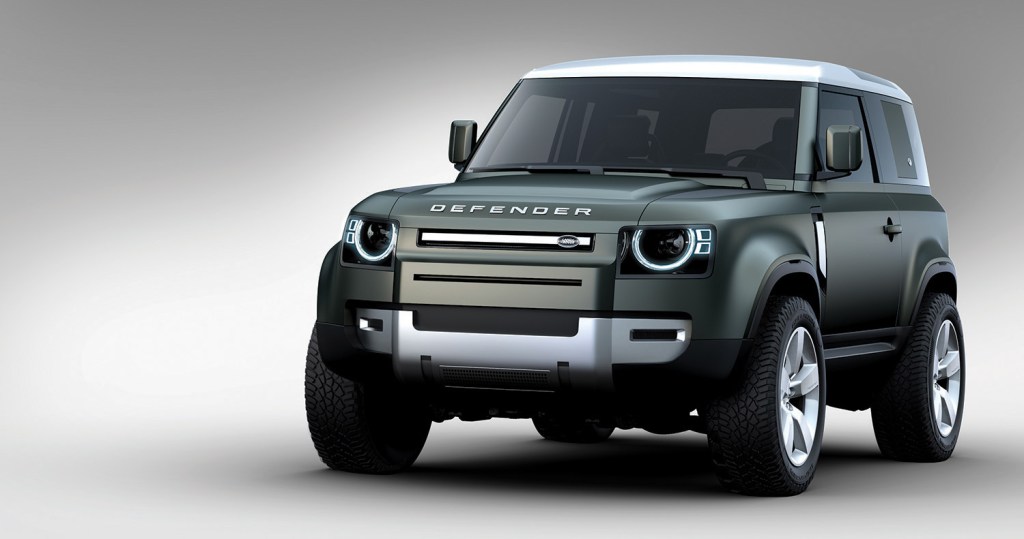 Let’s wander inside an automotive design studio for a moment. That magical place where every new car you see on the road begins its life, transforming from a sketch on a notepad, to a clay model, and finally—usually years later—to a finished product, ready to be rolled onto a motor-show stage.

And remember, a genuine all-new model is actually pretty rare in the world of cars. It’s far more common to be working on a refreshed version of an existing nameplate. If you take the BMW 5 Series, for example, it was only truly new once—back in 1972. The six ‘new’ versions that followed are an evolution of that original, each carrying some important strands of DNA that stretch from the 1970s through to today.

And that’s the key here: evolution. Designing a new version of something a customer has already grown used to is to walk a tightrope. If you don’t change it enough, any new car will look old before it even rolls off that stage. But change too much and you’ll alienate rusted-on fans.

Which is why, in almost every automotive design studio across the world, you’ll find the old model parked next to where work on the new one is taking place—acting as a constant visual reminder of the legacy attempting to be maintained, while also ensuring that the envelope isn’t pushed too far.

It’s also why, when he came to put pen to paper on the first new Defender in almost 40 years—a vehicle with fans so rabid, the mere mention of change was enough to send them into a frothing frenzy—the former model was nowhere to be seen.

Truth is, McGovern wouldn’t have been able to locate the original 1983 model even if he’d wanted to—he’d already demanded that it be banished from the design studio, sent to the bottom of the English Channel for all he cared.

“We need to recognise this vehicle, but we cannot be harnessed by it,” McGovern tells us, in a rare interview ahead of the new Defender’s Southern Hemisphere debut. “Some people would have loved the [new] vehicle to have looked like the original had grown into the right engines and all the other things it needed to meet current legislation. But the irony is, had we done that, it wouldn’t have looked like the original vehicle anyway, and you’d end up with a design that wasn’t true.” 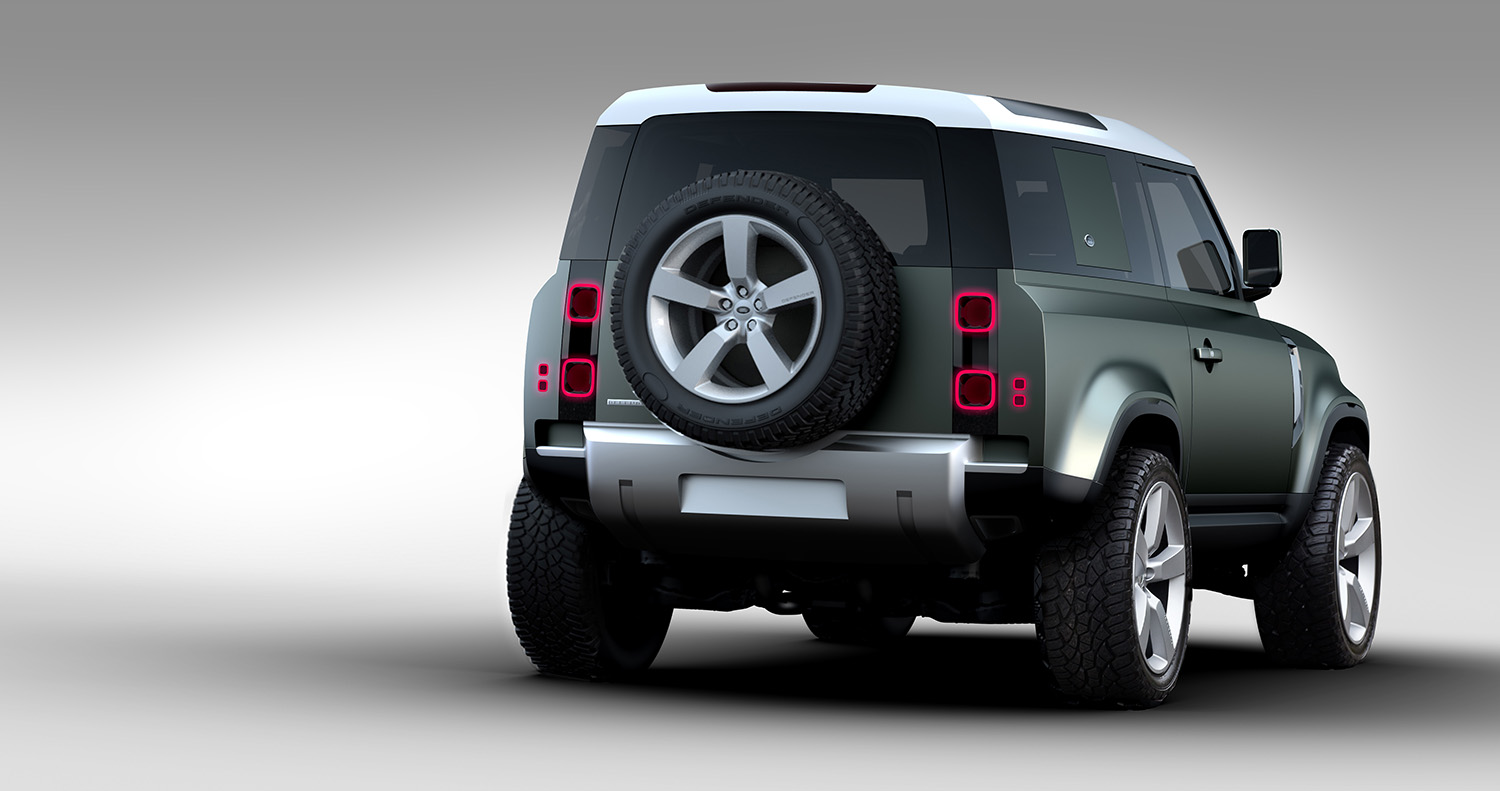 The automotive industry is home to its fair share of extremists. But the Land Rover Defender inspires a level of devotion that could be considered unhealthy. Its fans are a committed bunch, akin to those face-painting lunatics of the Kiss Army—and to mess with what has gone before, with tradition, has never been welcome. Any mention of a new iteration of their beloved 4×4 sparked fury—it was always going to be too soft, too modern, too comfortable to be a true replacement for the simple, agricultural off-roader that began life as the Land Rover Series in 1948. McGovern, predictably, wasn’t bothered by such a chorus of unrest.

“When the original Defender was built, it was created as a vehicle that was appropriate for the time,” he says. “So for me to try and replicate something that was designed all those years ago would be dishonest. And it wouldn’t be professional design, as far as I’m concerned.

“The reality is, as much as we love the original car, it isn’t relevant anymore in lots of respects. We talk about the love affair people have with it, but the reality is before we stopped production in 2016, we were only selling six or seven thousand units a year. That’s not a viable business. And the perception isn’t always the reality.

“Lots of people I’ve met talk about the old Defender, and I ask them if they’ve driven one and the answer is either ‘no’ or ‘I couldn’t drive it every day’. You need to put those things into perspective—so you’re going to design a car that appeals to a group of people who have a love affair with another vehicle, and you’re looking for the support of people who aren’t going to buy it anyway.”

Being the chief designer for any new car requires large reservoirs of confidence.  For starters, realise that it costs, on average, close to one billion pounds to develop a new vehicle from scratch, and takes a small nation’s worth of people to twist that vision into reality.

You’re talking hundreds of engineers working on the chassis, suspension, engine development, technology and aerodynamics. Then there’s the manufacturing experts, plant workers, accountants, consultants, branding specialists and marketers, all working around the clock to bring the car to life.

And when the big day finally arrives and a car maker at last whips the covers off a brand new model, all those people magically disappear and the success of the project is instantly distilled to a couple of simple factors: Is it ugly? Is it okay?

Those moments counting down to the grand unveiling must be filled with diamond-forming pressure. Fortunately for McGovern, lack of confidence isn’t an issue. Asked whether he was nervous about how the Defender’s new design would be received, he answers without pausing.

“I’m never nervous,” he says. “You’re a leader, and you have to lead. I’m in the fortunate position where, in our company, design is very well respected. With that brings a level of independence, and a level or responsibility, because if you screw it up, I’m walking down the road, not anyone else. If you look through automotive history, there are cars that clearly look like they’ve been designed by committee, or that they’ve been influenced heavily by senior managers who aren’t design literate, or that they’ve been engineering led. So when it comes to influence from around the business, I say, look, I’m not going to tell the finance director how to add up his numbers, I’m not going to tell the engineering director how to engineer his transmission system, and I’m not going to tell the marketing guy how to sell it—so don’t tell me how to design the car.”

And the final result? The new Defender is stunning—a completely different car to the vehicle it replaces, but one that, largely through its focus on off-road capability, shares enough distant-relative DNA with the original to keep even the most ferocious naysayers at bay.

But it’s also undeniably modern. Where the old Defender’s interior felt like you were sitting in an emptied soup can, the new one is plush and full of clever tech. Where the old car bounced along broken roads with suspension seemingly made of cement, this drives like an actual car. And what’s more, it does so without sacrificing any of the off-road capability that made the old Defender a true automotive icon. 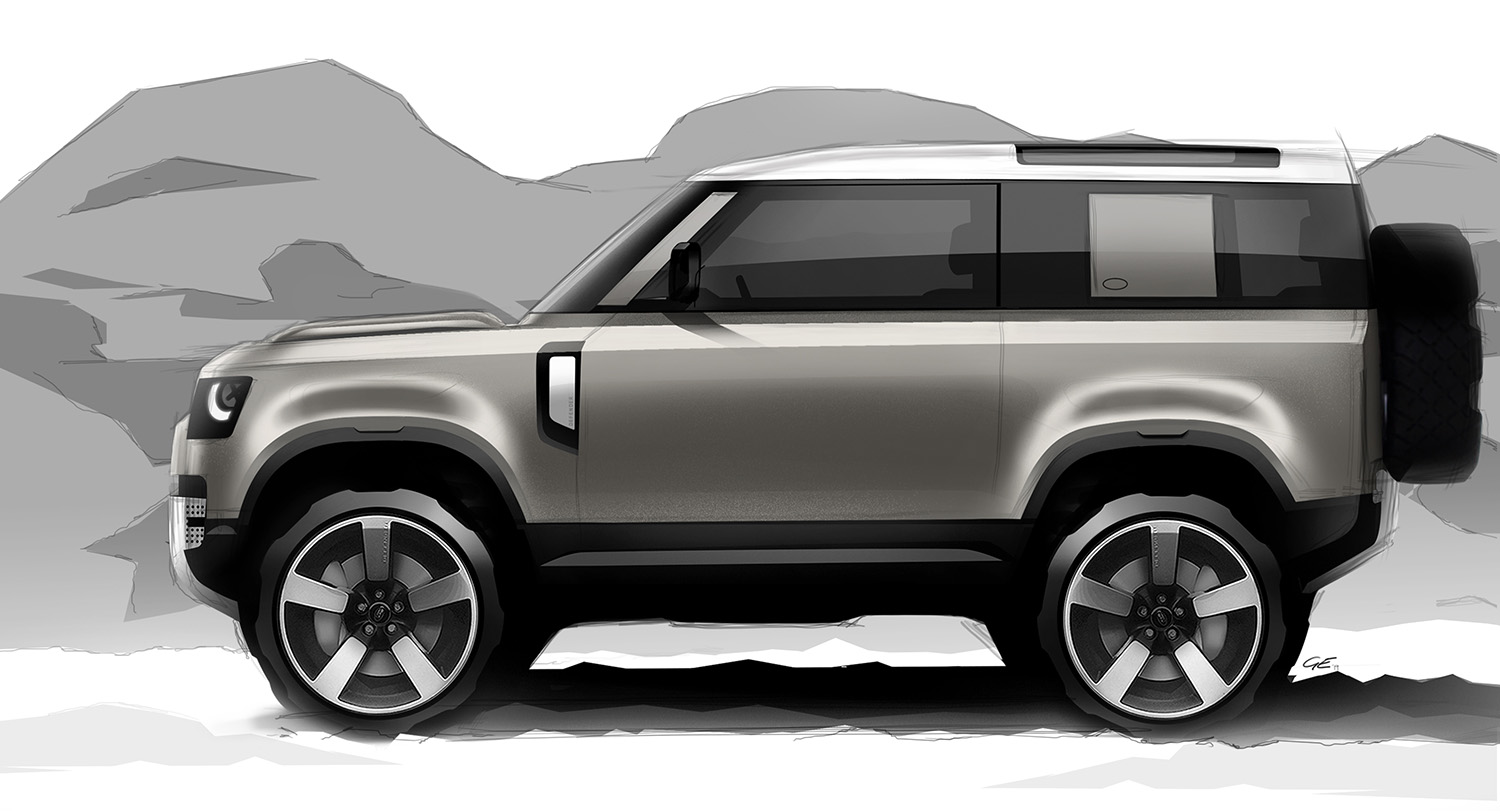 Looking from one to the other, it appears as if a giant leap has been accomplished. But that’s the point, according to McGovern. It’s been nearly 40 years since anyone overhauled the design, so there have been no evolutionary stepping stones to guide us to this point. Using that 5 Series as an example again, the latest version of the BMW might not look all that different to its immediate predecessor, but it appears otherworldly when compared to that original 1972 design.

McGovern says: “For me, it was thinking that if the Defender had been through a normal design cycle, and every seven or eight years had been given a new design, what would that car be like today? What would it have evolved into? We had to make that jump. Clearly there are elements of the car that nod to the original, but if you put the two cars together, they’re totally different. There are some similarities, like the indication of the silhouette, but that’s it.

“When it comes to good car design, it’s about the fundamentals of proportion. Interestingly, the original Defender had good proportion because of the requirement for extreme off-road capability. And that’s the real connection; the fact that the new Defender also has these minimal overhangs front and rear. That’s what gives it a relationship to the original. But that’s where it really starts and ends.

“Ultimately, its success will rely on whether or not our customers buy it, but I’m confident they will.”

Of course he is.

The new Land Rover Defender 110 is available now, while the Defender 90 will be in showrooms from October. A variety of engine and trim options are available for both models, starting from £45,240.