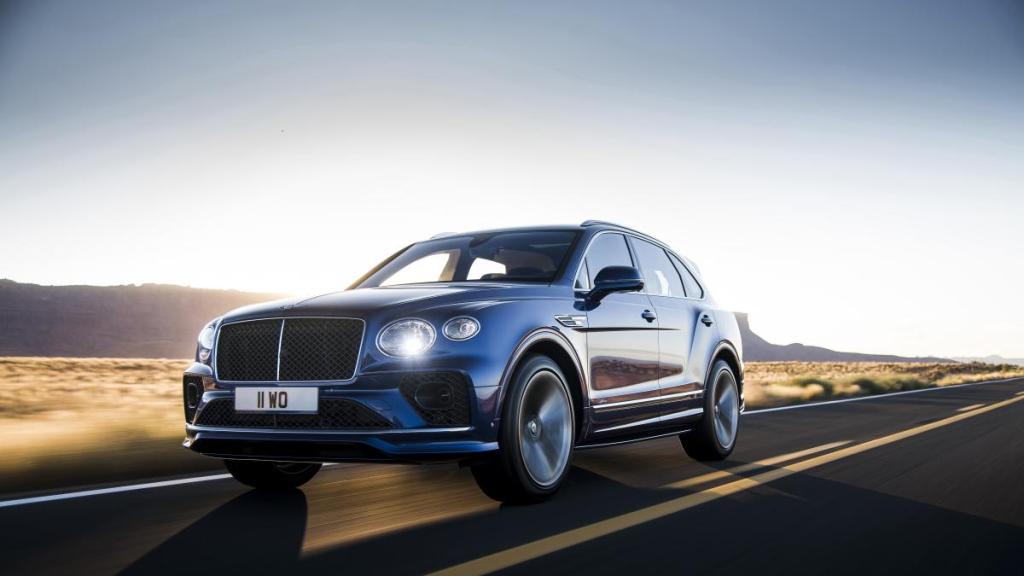 Bentley knows that some drivers demand more than looks and luxury. They want speed. That’s why the automaker is pairing the release of its newly redesigned Bentayga with its high-performance variant—the marque’s most powerful SUV to date.

The British automaker has just announced the latest iteration of the Bentayga Speed—a model introduced in 2019—that reimagines the SUV, equipping it with all of Bentley’s most luxurious features—including the Mulliner Driving Specification—and completes the package with a brutish 6.0-liter W12 engine.

The standard Bentayga is available with either a hybrid turbocharged 3.0-liter V-6 or a twin-turbo V-8 making 443 hp and 542 hp, respectively. While no one would accuse those versions of lacking brawn, neither can hold a candle to the Speed’s W12. The handmade engine, which takes up 10 percent of the entire production process, is capable of churning out a 626 hp and 664 ft lbs of twist, according to the automaker. Also comprising an eight-speed automatic transmission, the power train is capable of rocketing the SUV from zero to 62 mph in just 3.9 seconds while on its way to a top speed of 190 mph.

Along with the Speed’s added power, the car offers plenty of style. The Bentayga’s new Continental GT-inspired design has been left mostly untouched. But several dark-tinted and body-coloured accents—most noticeable on the radiator and bumper grilles—give the car a slightly more menacing look. Special Speed badging has also been added to the car, as well as an elongated tailgate spoiler and oval-shaped exhaust finishers. After all, you don’t want anyone confusing your Bentayga Speed for its six-cylinder sibling.

Customers will have 88 colour choices to choose from, including dozens of dual-colour options. And, if that’s still not enough, Bentley will attempt to match any colour sample you present it with. The Speed will also be available in a Black Specification, which utilises carbon-fibre body parts to give the vehicle an even sportier look.

The Bentayga Speed tops out at 190 mph. James Lipman/Bentley

As you might expect from a Bentley, the attention to detail doesn’t stop outside the car. Inside, you’ll find a unique Speed interior with contrasting colours, Alcantra trim and details like the diamond quilting found in the Mulliner Driving Specification. The centrepiece of the five-seat cabin is the Bentayga’s massive 10.9-inch infotainment screen from which drivers can monitor the vehicle, navigate and choose entertainment options. The SUV also includes a fully digital driver’s information panel similar to the Continental GT and the new Flying Spur.

“The new Bentayga has already raised the benchmark for luxury SUVs, against which all others are measured,” notes the automaker’s chairman and chief executive officer, Adrian Hallmark, in the official statement. “Ahead of the launch of the new Bentayga Hybrid—the world’s only definitive luxury hybrid—in the coming months, it’s important that we still recognise the customer desire for absolute performance. The new Bentayga Speed remains the fastest SUV in the world, but more that, it’s also the most luxurious version of the new Bentayga—the best of both worlds, the pinnacle.”

Bentley hasn’t announced a release date for the new Bentayga Speed or released pricing, but expect it to start in the neighbourhood of £185,000, as does the 2020 model.