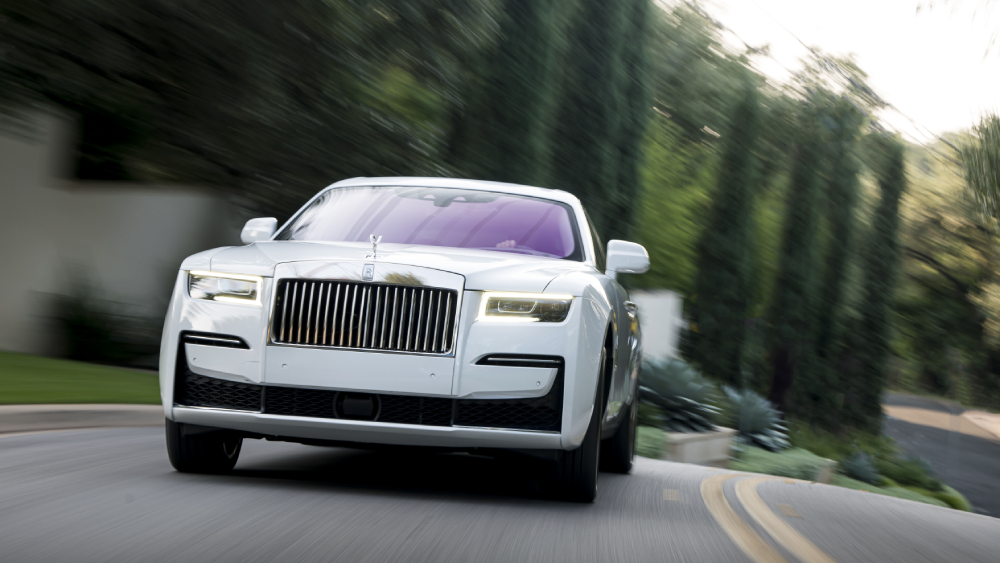 Almost everyone has a vehicle that’s close to the heart, whether it’s the poster car that hung on an early bedroom wall or the first car you could call your own. Mine is the massive, stately sedan I drove on the first date with my now wife. Actually, the car was the date: Sitting under the Starlight Headliner of a 2017 Rolls-Royce Ghost, we spent hours lost in conversation, the romantic cabin providing escape without ever needing to leave the driveway.

So when it was announced that the Ghost, first introduced in 2009, had been redesigned according to the trendy minimalism Rolls-Royce has termed “post-opulence,” I was hardly elated. Sure, the storied automaker is catering to an increasingly younger clientele (average age: 42), but why strip anything from the brand’s best-selling model in its 116-year history? My colleague, Ben Oliver, was among the first to drive the new Ghost in the UK, but I was invited to be one of the initial test-drivers Stateside. After piloting the 2021-model-year saloon through Austin and Texas Hill Country, I consider myself enlightened.

When asked how he came to create his David, Michelangelo supposedly said, “I saw the angel in the marble and carved until I set him free.” Walking around the car, it’s clear Rolls-Royce’s design team has similarly pared away excess to create a lighter, more ethereal aesthetic for the Ghost both inside and out. The absence of shut lines, those divisions between body panels, allows the eye to sweep uninterrupted across the hand-welded superstructure, which flows like an elongated water drop in silhouette, and the visual continuity is maintained from the driver’s seat: Since the grille is now inset, the view across the hood remains unbroken save for the Spirit of Ecstasy ornament rising from the prow. 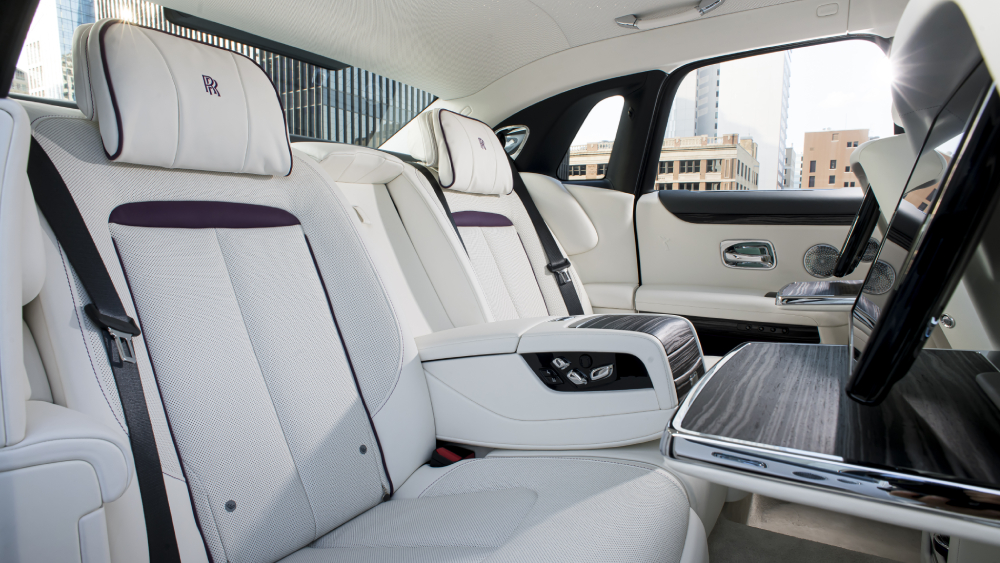 A view of the vehicle’s roomy back seat.

Inside, the majority of driver controls are now allocated to the centre console’s infotainment dial and menu buttons, while the digital dash is complemented by a swath of open-pore paldao wood. The new passenger-side fascia, comprising six layers of panelling, illuminates a celestial display.

New aesthetics aside, some Roller hallmarks remain. The cabin in the all-wheel-drive Ghost remains nearly silent, despite 563 hp from the 6.75-litre twin-turbo V-12, whether sitting at Austin’s succession of traffic lights or fully uncorked on the highway. The acoustic engineering, including more than 220 pounds of sound-deadening material, creates an interior so absent of noise that it’s, well, disquieting. Thankfully, the 1,300-watt, 18-channel sound system steps in to fill the acoustic void.

Now built on the same aluminium-spaceframe “Architecture of Luxury” platform as the latest Phantom and Cullinan, the Ghost incorporates more leading-edge tech than any Rolls before it. A rural section of uneven twisties gave opportunity to test the innovative Planar Suspension System and its Upper Wishbone Damper—an additional shock-absorbing component touted as an industry first for production cars—which pairs with a dual-camera setup that scans the foreground to pre-adjust the suspension. Hitting potholes head-on becomes a game in the Ghost, each bump inconspicuously absorbed under the Pirelli P Zero tires. Meanwhile, satellite imagery informs the eight-speed automatic transmission of ideal gearing for every rain-slicked sweeper, as all-wheel steering keeps turn-in as stable as a savings bond. 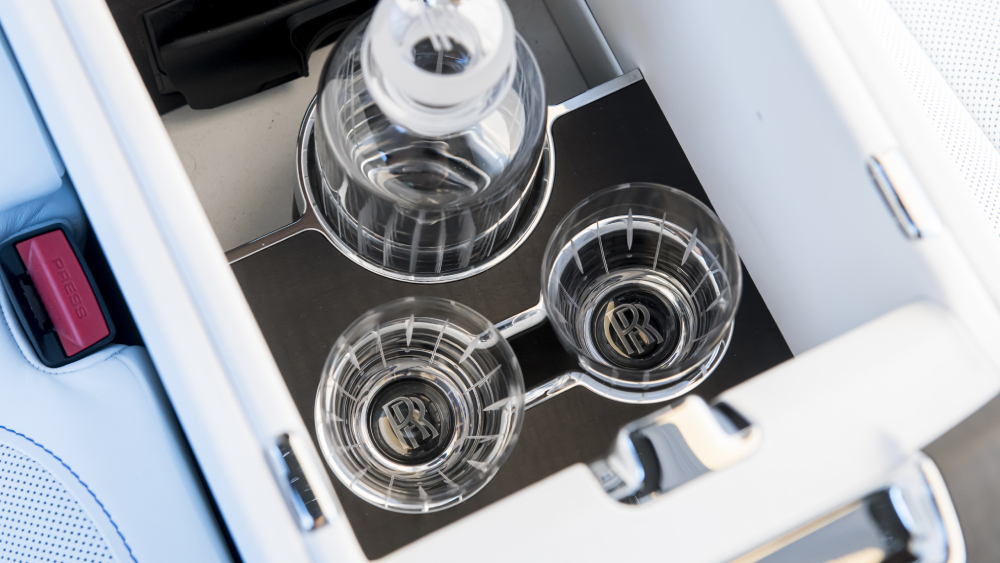 Pinning the throttle on straightaways summons 627 ft lbs of torque, with power delivery spread evenly as the 5,490-pound machine sprints to 60 mph in 4.8 seconds. But don’t expect a Sport setting, or any other mode for that matter. Unlike its closest rival—Bentley’s more potent Flying Spur, with its four engine-mapping and suspension selections—the 2021 Rolls-Royce Ghost, starting at around £250,000, offers a singular magic-carpet ride for those who simply want to be swept off their feet.