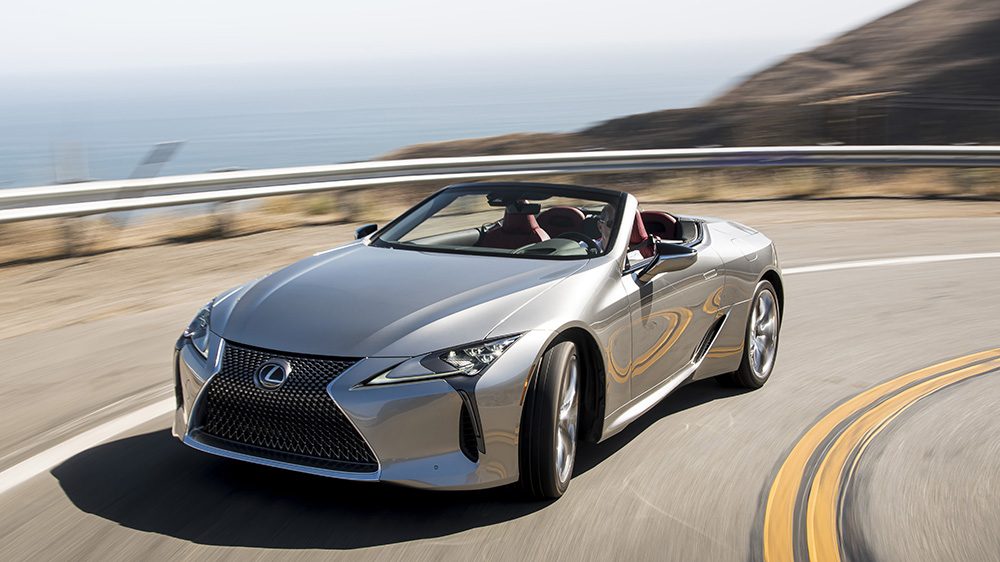 In this most unprecedented of summers, there are still things you can do to feel some sense of normalcy. One of these includes hitting the highway with the top down and the wind in your hair, something Lexus just made a whole lot easier with its new LC500 roadster.

The Japanese automaker has just announced that its gorgeous, V8-powered sports car will get a convertible version for the upcoming 2021 model year. And while there’s a not insignificant price bump between the drop-top variant and its coupé sibling, it’s easy to say way.

Any discussion of the LC500 convertible has to begin with its retractable roof. The vehicle’s top can be lowered and stowed away in a blink-and-you’ll-miss-it 15 seconds, and only takes a second longer to close back up, according to a press release. It can even be opened or closed while you’re on the go, as long as you keep the car below 31 mph. The latest LC500 will also have a special climate control mode and its sound system will adjust its EQ whenever you go for a drive with the top down. Additionally, the vehicle will deploy a pair of safety hoops if it senses an impending roll-over to keep driver and passengers safe.

Outside of the drop top, the car remains very much the same. But that’s a good thing in the LC500’s case. Most notably, the roadster is still powered by a naturally aspirated 5.0-litre V8 engine that’s capable of producing 471 horsepower and 398 lb-ft of torque. The convertible is a tad slower than the coupé, zipping from 0 to 60 mph in 4.6 seconds instead of 4.4, but that can be attributed to the extra 200 pounds the power-folding mechanism adds to the car. Meanwhile, the vehicle’s electronically limited 168 mph top speed remains the same. One thing to note, the roadster, unlike the coupé, will not be available with a hybrid drivetrain option.

Although its part of Lexus 2021 model year lineup, the LC500 roadster is expected to go on sale later this summer. The standard version is likely to start at around £80,000, while we’d expect the limited-edition Inspiration Series to start at around £95,000.