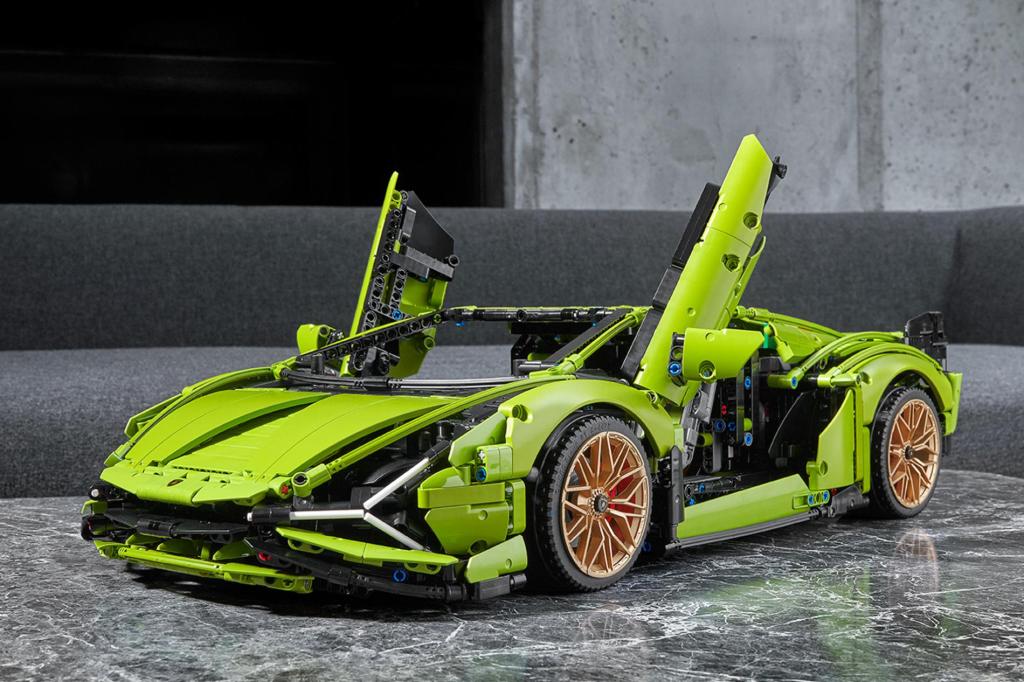 It’s one thing to buy one of Lamborghini’s supercars; it’s another to build one of your own. But thanks to a partnership between the Italian automaker and Lego, you’ll be able to do just that starting next month.

Unveiled at last year’s Frankfurt Auto Show, the real-life Sián combines a 6.5-litre V12 with a supercapacitator to produce a staggering 807 horsepower. Thanks to that powertrain, the ultra-light speed machine can go from 0 to 62 mph in just 2.8 seconds and reach a top speed of 218.

The Lego Technics Sián and its full-size inspiration Lego

And while the Lego Technics variant of the car may not be able to post those kind of speed figures, it’s no less of an engineering marvel. Aimed specifically at adult enthusiasts, the set consists of 3,696 pieces and includes scissor doors that open and shut, a functional eight-speed gearbox and paddle shifter and an intricate recreation of the Sián’s museum-worthy V12, according to a press release. Other noteworthy details include a trunk that opens to reveal an overnight bag and QR codes that unlock exclusive content online. The set also comes in a matching green box inspired by the Sián’s dramatic lines, and two coffee table-style booklets with information about the car and model.

“This new model truly encapsulates the pursuit of excellence embedded in the DNA of both Automobili Lamborghini and the LEGO Group,” the company’s CEO Niels B. Christiansen said. “Both the 1:8 model and the reveal itself are feats of engineering innovation, pulled off by incredibly talented teams from across our two businesses. The Lego Technic Lamborghini Sián FKP 37 is a true testament that with Lego Technic, you can build anything your heart desires. I can’t wait to build this authentic replica of this futuristic super sports car for real.”

Lego Technic’s Sián set will be available directly through the company’s website for £349.99 starting Monday, June 1. Given that model car collectors have been have been known to spend five figures or more on scale replicas, that’s a relative bargain. The kit is scheduled to hit global retailers on August 1.