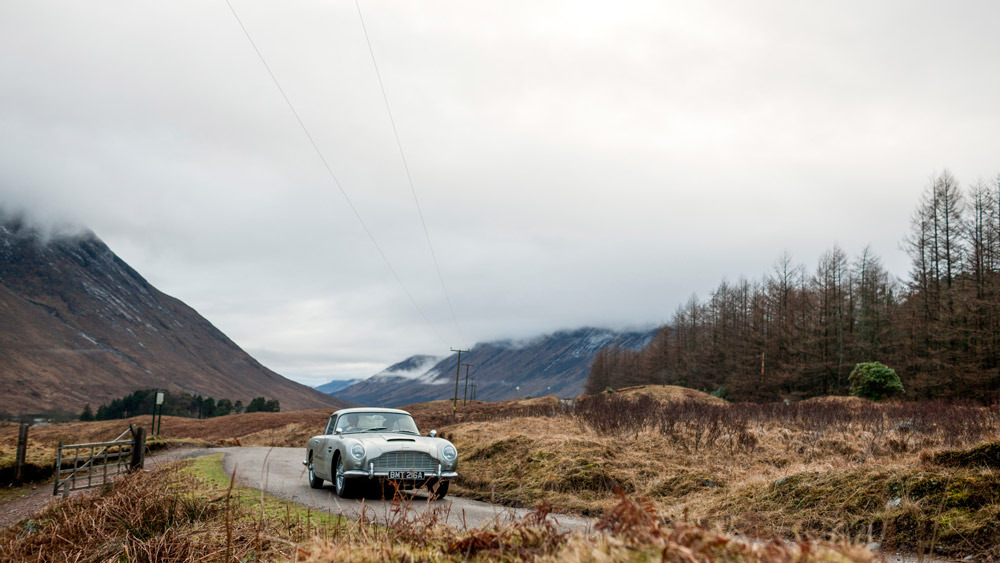 There are few on-screen roles as iconic as Sir Sean Connery’s turn as James Bond, the most debonair spy who ever risked it all for Queen and country. Although many a fan believes that Connery’s performance as the notorious operative remains the gold standard for the character, the actor’s co-star in the film Goldfinger has become almost as iconic—the 1964 Aston Martin DB5. And it’s a car that’s once again resuming production.

Partnering with EON Productions, Oscar-winner Chris Corbould—special effects supervisor for the last eight Bond film—and Aston Martin’s Works Division will bring the beautiful DB5 back in a run limited to just 25 examples. As you may already expect from the inclusion of Corbould and EON in the mix, these 25 special continuation DB5s will receive some of the same sorts of spy-gadgetry that Bond received from Q, including a revolving license plate.

Specifications beyond the license plate and the DB5’s performance metrics have yet to be divulged, but every one of these Goldfinger DB5s will be bathed in the same Silver Birch hue as the original movie car. Unfortunately, you’ll need a queen’s ransom to call one of these Goldfinger DB5s your own, as these cars will carry a sticker price of £2.75m.

Sean Connery and his co-star, the Aston Martin DB5, set up for a scene.  Photo: Courtesy Aston Martin.

Although the DB5’s price would make even Q and his merry band of spy-craft geniuses blush, the model’s worth in terms of Aston Martin’s role in the Bond series as a whole cannot be understated. Without the DB5’s appearance in the movie Goldfinger, the film franchise wouldn’t be the same. Bond without Aston Martin just wouldn’t feel right. It’d be like a martini that was stirred, not shaken, and that’s just not how things are done.

Deliveries of the Aston Martin Goldfinger DB5 continuation will begin in 2020. Now if you’ll excuse us, we’ll be having our suits outfitted with Kevlar and our watches with lasers.