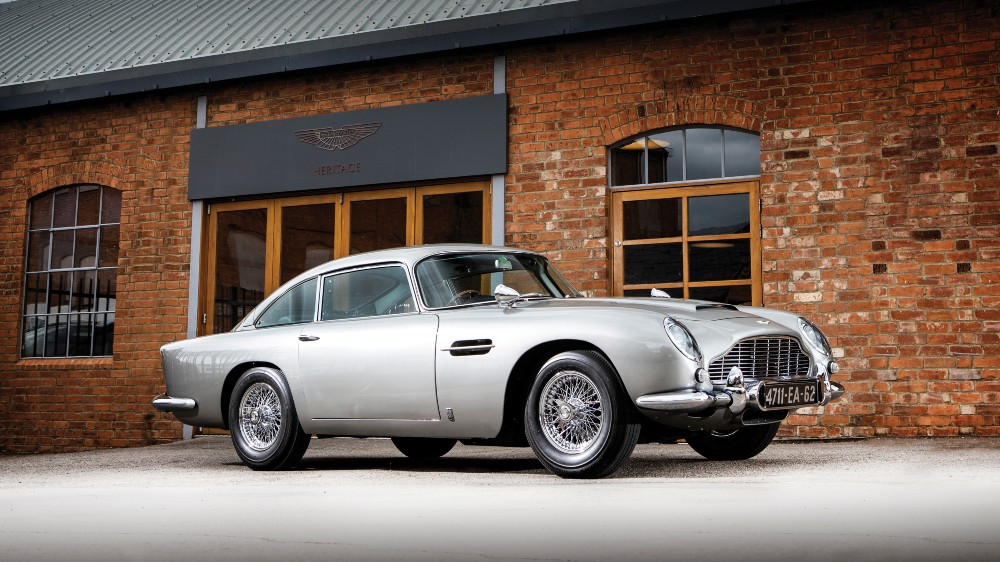 James Bond’s 1965 Aston Martin DB5, arguably the most iconic car in movie history, could soon be yours. Next month, the silver two-seater will be auctioned off by RM/Sotheby’s as part of Monterey Car Week.

The grand tourer, chassis number DB5/2008/R, is one of four the British automaker made for Eon Productions for use in filming and promoting the third and fourth Sean Connery-starring Bond films, 1964’s Goldfinger and 1965’s Thunderball. Having passed through the hands of just three private owners, including noted collector Lord Bamford, the vehicle is a “pristine example” of “the most famous car in the world”, according to the auction house.

Just as anyone who’s seen the DB5 in action on the silver screen would expect, the car comes equipped with a dizzying array of working gadgets built for Agent 007 by Q, the fictional leader of the British Secret Service’s R&D department. Originally designed by Ken Adam and built by two-time Oscar winner John Stears, these include: hydraulic battering rams on the front and rear bumpers, a .30-calibre machine gun in each fender, wheel-mounted tyre slashers, a retractable bulletproof screen, an in-dash radar-tracking scope, caltrop launchers, smoke-screen dispensers, revolving license plates and, of course, a passenger-seat ejection system.  Not seen on screen are the car’s telephone and the secret weapons drawer underneath the driver’s seat.

First purchased by Lord Bamford in 1969, four years after the release of Thunderball, the DB5 was bought by the owner of the Smokey Mountain Car Museum in Tennessee the next year. The car would remain on display at the museum for 35 years, before being sold at public auction in 2006. Its new owner employed Swiss Aston Martin specialists Roos Engineering to undertake a massive restoration job, one that took four years but returned the car, gadgets and all, to original working order.

Having now appeared in eight Bond films, including three of the last four starring Daniel Craig, the DB5 and Aston Martin itself are inextricably linked to Ian Flemming’s super spy. In May, the automaker announced it would release a limited DBS Superleggera to celebrate the 50th anniversary of the original DBS appearing in 1969’s Her Majesty’s Secret Service. And last month, the company confirmed that three of its cars, including the brand new Valhalla, would appear in the upcoming 25th entry in the franchise.