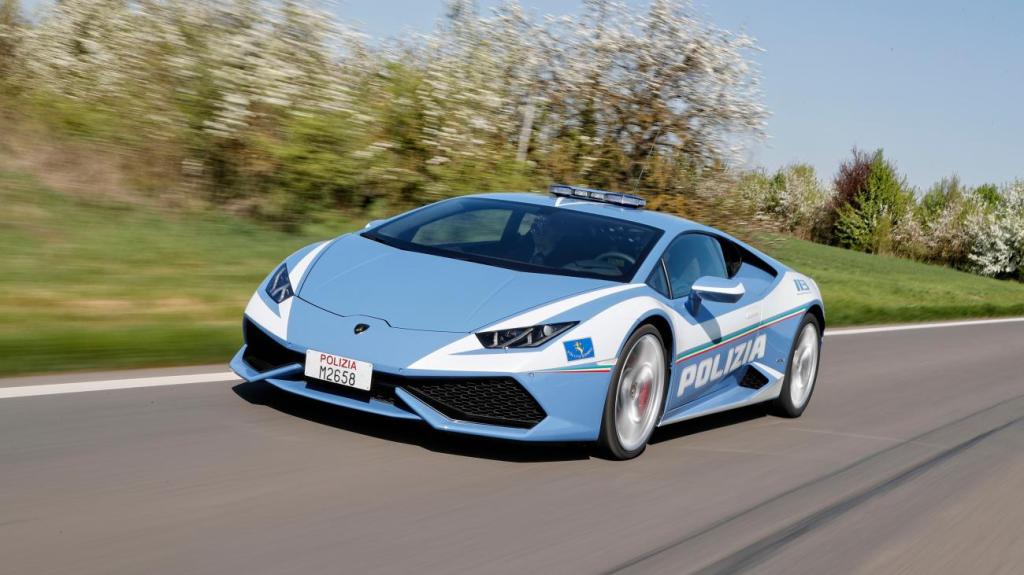 As awe-inspiring as they may be, no one would ever call a supercar practical. But there are certain driving tasks for which only an ultra-high-performance vehicle will do. And, apparently, one of them is transporting a donor organ a long distance in a very short period of time.

That’s the conundrum Italian Police faced earlier this month, reports The Drive. Luckily for all involved, the department happened to have a Lamborghini Huracán on hand to drive the donor kidney 300 miles in just over two hours.

Yes, authorities in Italy have a Lambo police car. The vehicle is normally used for highway patrol, but on November 5 it was employed to transport the organ in question from Rome to Gemelli University Hospital in the northern city of Padua. The 303-mile journey would normally take a car over five hours to complete, but the sky blue Huracán reportedly completed the trip in about two hours at an average speed of 145 mph.

It’s unclear why a helicopter wasn’t used to transport the kidney, but the specially equipped Lamborghini was more than up for the task. That’s thanks in large part to the vehicle’s 5.2-litre V10. Mated to a seven-speed automatic transmission, the naturally aspirated motor is capable of outputting 602 horses, rocketing the car from zero to 60 mph in just 2.8 seconds and pushing it to a top speed of 202 mph. But just as important as the beefy powertrain is the car’s refrigerated frunk, which was used to store the cooler holding the kidney. It’s hard to think of a better use of the storage compartment. 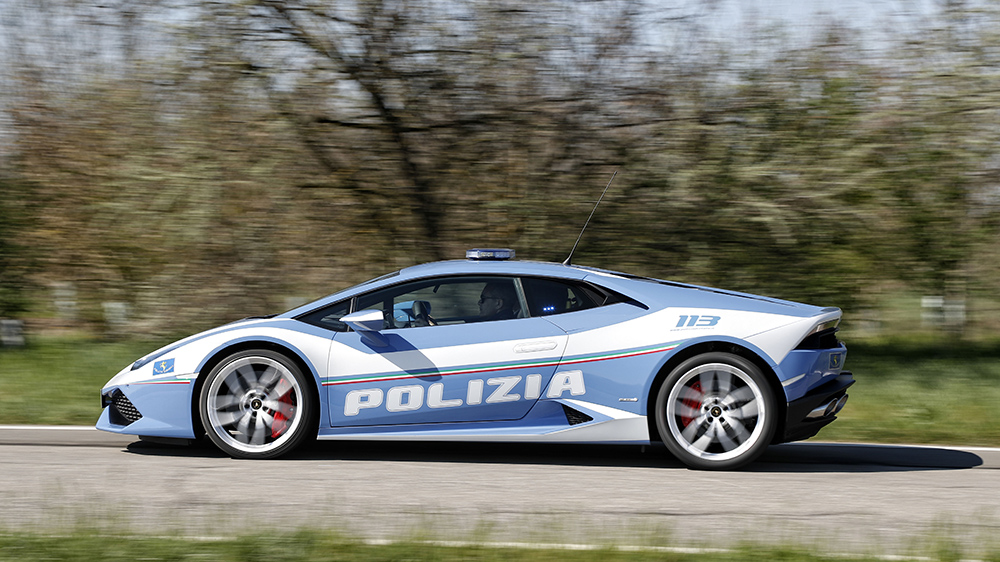 The Huracán that delivered the organ to Padua is actually one of a handful the Italian Police have for just such emergencies. This particularly example was presented to the department by Lamborghini in 2017. In addition to the climatised frunk, other special features include lights, a police computer and radio, recording equipment, portable fire extinguishers and defibrillators.