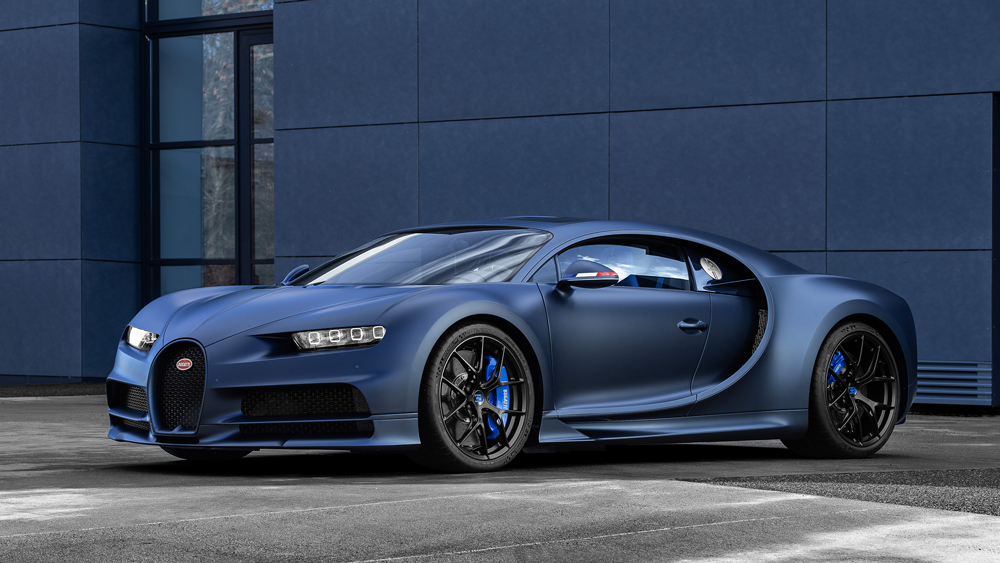 Could Bugatti be thinking about out adding another model to its already jam-packed Chiron lineup? If so, this one may stand out from the pack by being its most exclusive yet—a one-off roadster.

The French luxury automaker is reportedly gauging interest in a one-of-a-kind open-top variant of the four-year-old supercar, according to an exclusive report from TheSuperCarBlog.

While there have been a number of different Chirons released since the car debuted back in 2016—most notably, the Super Sport and the Noire—this variant would be the first open-top version of the car. Unlike its predecessor, the Veyron, every version of the supercar up until now has featured an enclosed hard top. The only option for those who want an unobstructed view of the clouds above them is the Sky View glass roof option.

But, if TheSuperCarBlog’s reporting is accurate, it would mean that that Bugatti is finally ready to let its customers feel the wind in their hair as they speed along winding country roads in their lavish ride. The website believes that the Chiron Roadster wouldn’t just be a tuned variant, like Super Sport, either. The roadster, the site suggests, would have more in common with one of one of the marque’s more over-the-top coachbuilt special editions, like the Noire.

At least one thing would likely be true about any one-off Chiron Roadster. You could expect a one-off variant to carry an even more exorbitant price tag than the £2.4 million approx “standard” version of the car. According to TheSuperCarBlog, the price that has been bandied about to potential customers is in the neighborhood of €9 million (about £8.2 million) before taxes.

When reached for comment, a representative for Bugatti told Robb Report that the story is just a rumour.

Amazingly, even with a £8 million-plus price tag and its one-of-one status, an open-top Chiron wouldn’t be Bugatti’s most expensive car. Not even close. That distinction currently belongs to the La Voiture Noire, which, at £15 million-plus, likely won’t lose its title anytime soon.

As to whether an open-top Chiron will ever become a reality, we can still dream can’t we?