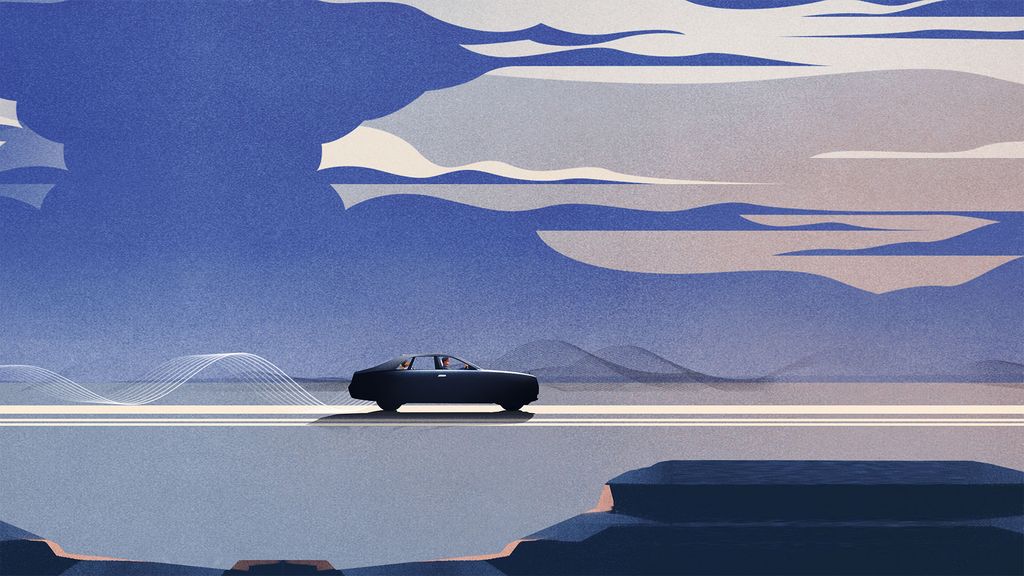 Rolls-Royce is doing everything in its power to make sure the upcoming, next-generation Ghost lives up to its name. And that includes obsessively engineering the ultra-luxe saloon to glide along as quietly as a spectral apparition.

In the final part of a video series teasing the third iteration of the car, the automaker outlines the four steps that went into producing what will be one of the quietest gas-powered vehicles on the road. The grand four-door was already lauded for its hushed cabin, but a new “Formula for Serenity” ensures its successor is even quieter.

It all begins with the Ghost’s rigid aluminium spaceframe, which has multiple driving benefits but also transmits less noise, according to a press release from the marque. In addition to avoiding long, flat resonant surfaces, the bulkheads have been double-skinned to block out any noise produced by the vehicle’s already whisper-quiet, 6.75-litre V12 engine. Next up, the roof, trunk and floor were packed with 220 pounds of sound-absorbing material. Additionally, the car’s windows are all double-glazed and feature a clear composite centre sheet, while each tire is lined with lightweight acoustic insulation form.

With most of the noise already muted, the Ghost’s engineers then studied every one of the vehicle’s elements—including the air conditioning ducts, windshield wipers and driveshaft—to see if there was any way to reduce intrusive sounds even further. Finally, because pure silence can be disorienting, especially when you’re on the road, the cabin now generates a soft “whisper.” To achieve this, each interior element, including the trunk and seat frames, has been tuned to a specific resonant frequency.

“The extraordinary acoustic quality of new Ghost is the result of significant engineering developments and fastidious attention to detail, but it really is underpinned by the marque’s proprietary aluminium architecture,” said Tom Davis-Reason, the Ghost’s acoustic engineering lead. “There is simply no way we could have created such an acoustically refined environment using a steel platform.”

We’re used to Rolls-Royce going all out, but as the video makes clear, it’s really taking things to another level with the Ghost. Expect to see the fruits of three-years-worth of labor soon, when the marque finally unveils the third-generation saloon.