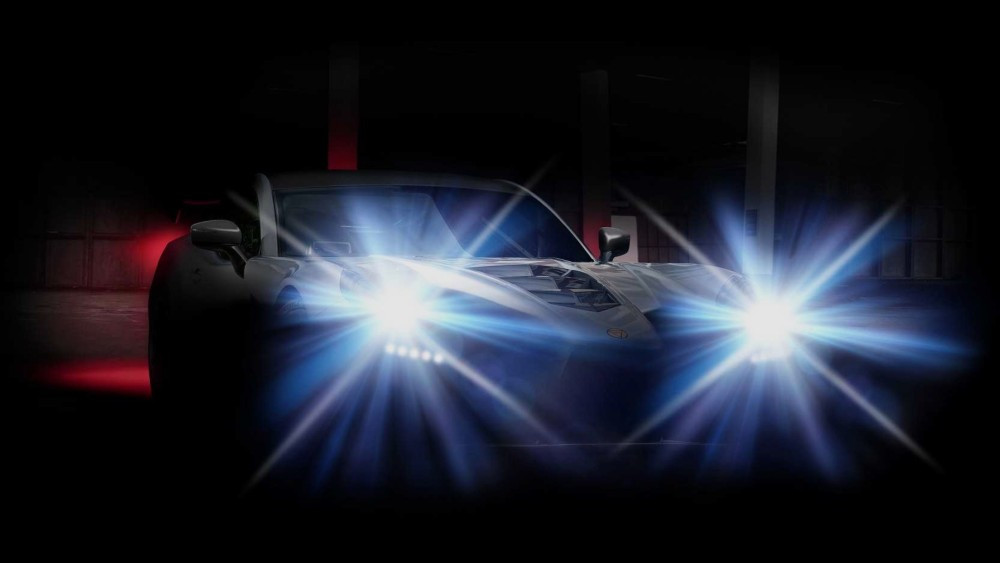 Ginetta is a name known around racetracks. The British-based manufacturer is owned by Le Mans GT2 class winner Lawrence Tomlinson and has been making potent race steeds, including a carbon fiber LMP1, a GT3 car and the G55 GT4, which has sold more than 400 units, a properly remarkable volume for a racecar.

Ginetta, which hand-assembles all its wares just outside Leeds, has also made some road-going cars, namely the G60 and G40R, both of which were shown at the 2013 Salon Privé. The supremely lithe G60—it weighed a mere 2,380 pounds—was powered by a Ford Mustang 3.7-litre V6, with 310 ponies at the ready, while the G40 was effectively a road homologation of its race cousin, boasting a 4-cylinder, 200 hp engine. Sure, that’s not a lot of oomph, but when the vehicle weighs 1,873 pounds, that’ll make it feel like a rocket ship.

And today, Ginetta announced that they’re launching a new supercar at Geneva. There aren’t many details available, but we do know it’ll be an aluminium-block, 6.0-litre naturally aspirated V8 that’ll offer more than 600 horses, per Autocar. All of the power train will be made in-house. There will also be a sequential gearbox, plenty of race-derived aero bits, and lots of other goodies plucked from Ginetta’s racing division.

As for the exterior, we only have two supremely dark images to judge from. From the front, the Ginetta resembles a Corvette ZR-1, with that halo hood. And from the side, the silhouette—particularly the rear haunches—evokes a 911 RS feel. We may know little, but we certainly are looking forward to the full reveal in March.