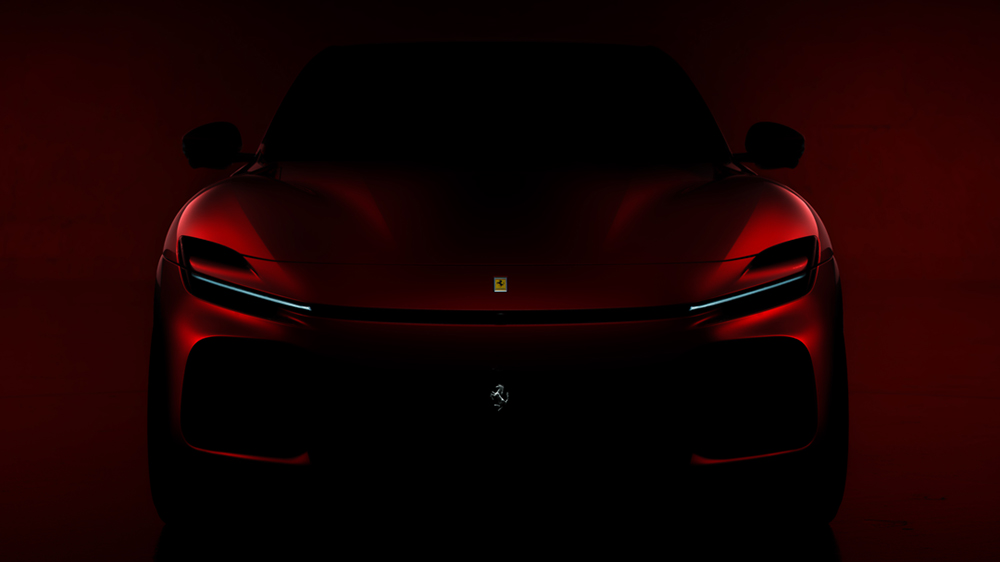 The Ferrari Purosangue isn’t here quite yet, but we can safely say one thing about the hotly anticipated SUV: It’s going to be powerful.

Four years after announcing its first SUV at its Capital Markets Day, the Italian marque again used the event to reveal that the upcoming model will make its official debut this September, according to Autocar. That wasn’t all, though. The automaker also confirmed that the vehicle will launch as, what it is calling, a “pure V-12 model.”

The last few years have seen filled with speculation about what kind of powertrain would be in the Prancing Horse’s first crossover—a naturally aspirated V-12, like its most famous sports cars, or a hybrid-assisted V-6, like the SF90 Stradale. On Thursday, Ferrari CEO Benedetto Vigna, confirmed once and for all that it would be the former.

“We’ve tested several options,” Vigna told reporters at the event. “It was clear that the V-12, for the performance and driving experience it could provide, was the right option for the market.”

The news doesn’t come as a complete shock. In addition to prior speculation, Ferrari also recently released a video on social media teasing a new V-12 powered vehicle. Still, it’s good to know that the Purosangue, while a radical departure for the brand, will attempt to live up to its sports car legacy. We’ll have to wait until September to find out exactly how powerful the engine actually is, but the naturally aspirated 12-cylinder mill in last Autumn’s 812 Competizione  pumps out 818 horses. There’s no guarantee that the Purosangue’s will do the same, but it does appear that it will be competitive with the W-12-powered Bentley Bentayga and the V-8-powered Aston Martin DBX and Lamborghini Urus.

Whether the Purosangue is a hit remains to be seen, but Ferrari says it will remain a sports car maker first and foremost regardless. The marque announced that the SUV will account for no more than 20 percent of its annual shipments. That’s not just for the first couple years but for the model’s entire lifecycle.

The Purosangue is not the only new Prancing Horse on the horizon. Ferrari plans to launch 15 new vehicles between 2023 and 2026. Although the automaker wasn’t willing to go into detail, it did confirm that one of those vehicle would be its much-anticipated debut EV, as well as an all-new supercar. By the end of that time frame, 60 percent of the vehicles sold by the brand will also be electrified.