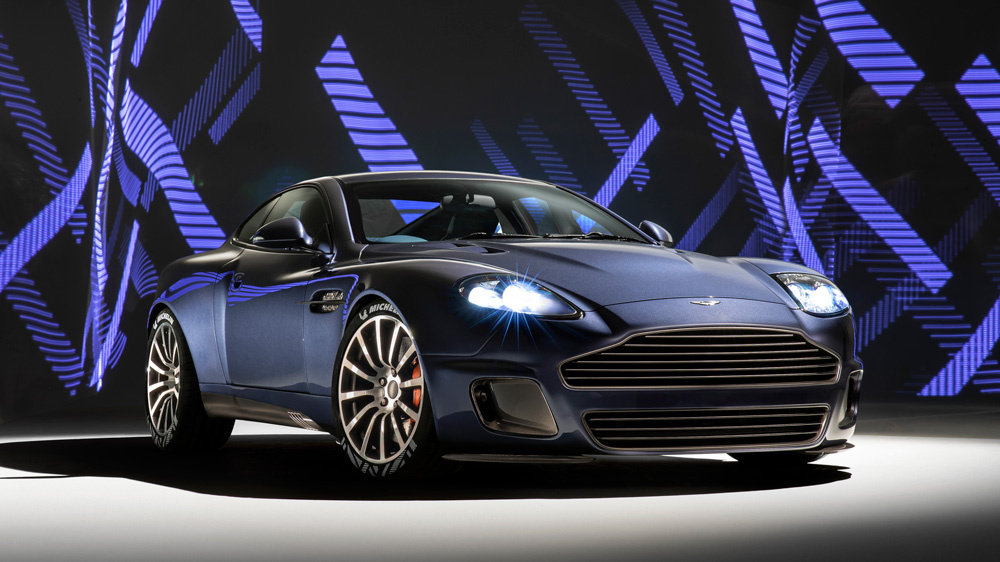 The first project from Ian Callum‘s new, independent design house is probably without precedent. Most modern car designs get a mid-life facelift, and car manufacturers occasionally reissue a classic from their back catalogue. But we can’t think of a car designer ever having offered owners of one of their classic designs—long out of production—the chance to have a car subtly updated by the guy who first drew it. With new Aston Martin Vanquish 25 by CALLUM, which has just been revealed in the UK, Callum has done precisely that.

The Aston Martin Vanquish 25 by Callum. Photo: Courtesy of Callum.

“The Vanquish is a car that, 20 years after I first sketched it, I still feel very passionate about,” Callum told Robb Report. I actually still own one. For some time, I’ve felt that it deserved ‘another chapter’, adding to its story, and I was contemplating doing something to my own car before we started this project.”

Callum quit as Jaguar’s director of design earlier this year, having just lifted the World Car of the Year and World Car Design of the Year awards for his radical Jaguar I-PACE EV, and been made a Commander of the British Empire for his services to car design.

Only 25 examples will be made. Photo: Courtesy of Callum.

He immediately founded CALLUM, his new design and engineering business, and its first product has been created in conjunction with R-Reforged, the road-car division of Swiss motorsport firm AF Racing, which will rebuild the cars. They will be part of a series of exclusive R-Reforged editions fully endorsed by Aston Martin. Each Vanquish 25 will get over a hundred individual modifications, including an engine upgrade which boosts power from the 5.9-litre naturally aspirated V-12 by 60 hp to 580 hp, and a chassis comprehensively revised to give sharper steering, a more fluid ride and better brake feel, addressing the criticisms made of the original car at its launch in 2001.

But it’s Callum’s visual design changes which will get the most attention. The Vanquish has been lowered and fitted with new 20-inch rims for a more planted, solid stance, a Callum obsession. Like a successful, conventional mid-cycle facelift, the exterior changes are subtle but effective. The carbon surrounds on the windows and the grille stand out, as does the more dramatic rear diffuser. The new hood vents don’t just use conventional mesh to keep the nasties out, but Callum’s new, hallmark tartan design, a nod to his Scottish roots.

The theme continues inside, most noticeably on the new rear shelf. The tiny rear seats of the old car have gone, leaving the Vanquish 25 a pure two-seater with generous luggage space. Scottish leather supplier Bridge of Weir—which trimmed the original Vanquish—has provided the hides for this one too.

British watchmaker Bremont, another long-time Callum collaborator, has made its first-ever car instrument cluster for the Vanquish 25, and a mechanical pocket watch which can be clipped into the dashboard. There are more modern modifications too, such as the new eight-inch central display, and compatibility with Apple CarPlay and Android Auto.

Messaging that seems on point. Photo: Courtesy of Callum.

The price? Don’t expect much change from £450,000, plus the cost of a donor Vanquish if you don’t already have one. Callum reports that some Vanquish owners who have owned their cars from new are sourcing second examples to have updated to 25-specification. Their excitement is understandable. Recording artists often remaster their greatest hits: automotive artists seldom get the same chance.