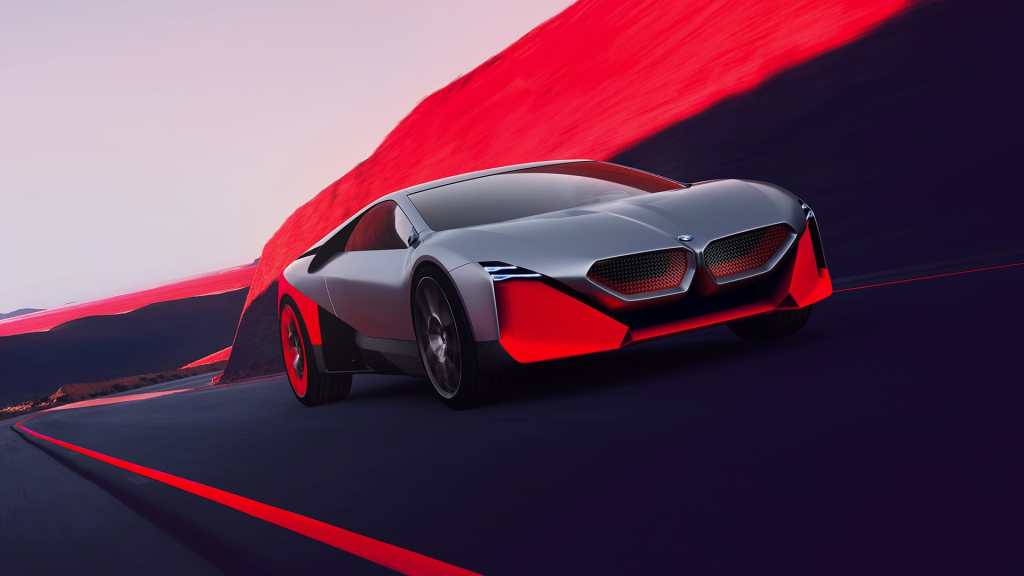 The Ultimate Driving Machine isn’t ready to hand over the future to computers just yet.

As more and more automakers prepare for a future filled with autonomous electric vehicles, BMW’s latest concept, the Vision M Next, is focussed squarely on one where people still actually want to drive—but where computers are just there to help. Packed with intelligent technologies, the plug-in hybrid designed to provide careful and targeted assistance to drivers without detracting from the driving experience.

“With the BMW Vision M Next, the BMW Group is revealing its take on how driving pleasure might look in future for those who enjoy taking the wheel themselves,” the company said in a press release. “It offers a foretaste of the BMW M brand’s electrified future by placing the focus squarely on the actively engaged driver.”

Like so many concept cars, what first catches your eye about the Vision M Next is its design. With its i8-on-steroids aesthetic, it’s clear the car was designed with performance in mind. Set low and wide, the car’s lines zoom from the rear towards a mean, futuristic take on the automaker’s iconic kidney grills and its thin, vertically stacked headlights. Finished in matte “Cast Silver”, it also sports black side skirts made from recycled carbon fibre that run into matte “Thrilling Orange” highlights at the front and rear of the car.  As a nice touch, the car also features gullwing doors that open to reveal an equally striking midnight blue-and-orange-accented microsuede interior.

Beyond the design, things get even more interesting under the hood. The coupe is powered by a turbocharged four-cylinder engine that produces 586 hp, can go 0 to 62 mph in just three seconds and can reach a top speed of 186 mph, according to the automaker. It also has a range of 62 miles when operating on electricity alone and a Boost+ mode that opens up extra power at the push of a button. And, of course, because it’s 2019, the car also forgoes a traditional key for facial recognition tech that unlocks the car when its driver gets near.

Over the years, BMW has split its Next concept cars into two classes: Ease and Boost. Ease vehicles—like February’s Vision iNext—focus on autonomous driving and comfortable interior cabins, while Boost cars tend to focus on the driving experience above all else. With concepts like the Vision M Next, consider us eager Boosters.