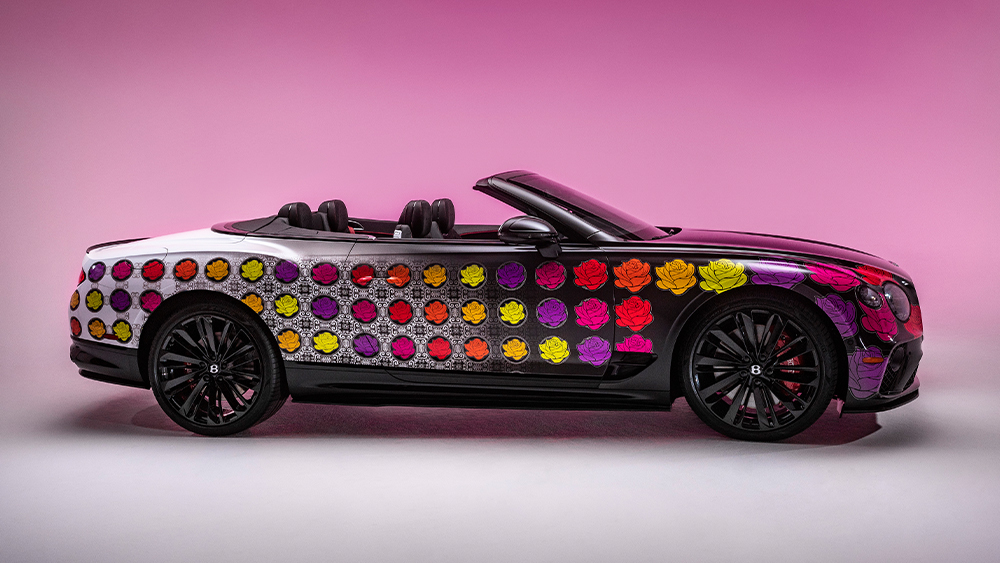 When reflecting on Craig Sager’s game changing 35-year sports reporting career, friends, family and fans often summon the same word they use to describe the blazers he wore courtside: Colorful. After Sager succumbed to a 2-year battle with acute myeloid leukemia in 2016, his wife Stacy set out to honor his legacy by continuing the mission of SagerStrong, the nonprofit they founded to raise funds for blood cancer research.

A collaboration between Bentley Motors and the SagerStrong Foundation has inspired a one-off Continental GT Speed Convertible that will be auctioned at a fundraiser in early 2023. The bespoke commission was executed by Bentley Motors’ Mulliner division, which took on the challenge of honoring the late legend by echoing the extroverted floral design of the jacket he wore at the 2016 ESPY Awards while receiving the Jimmy V Award for Perseverance.

The car will tour over the next few months and become what Stacy describes as “The ultimate piece of rolling memorabilia”. Bentley Retail Marketing Manager Scott Reynolds says that “Our interpretation of ‘clothing’ the Continental GT Speed Convertible in something Craig would have worn honours him and his vibrant, enduringly positive, and uplifting spirit.”

Sager was presented with the ESPY honor in 2016 by then-Vice-President Joseph Biden, who lost his eldest son Beau to brain cancer a year earlier. “If I’ve learned anything through all of this,” Sager said when accepting the award, “it’s that each and every day is a canvas waiting to be painted. An opportunity for love, for fun, for living, for learning. I will continue to keep fighting, sucking the marrow out of life as life sucks the marrow out of me. . .we are going to find a cure for cancer, but we need your help.”

Stacy Sager says the 208 mph Bentley built in honor of her late husband captures his essence. “Craig had a deep-rooted passion for craftsmanship, it was reflected in the suits he had tailored and the cars he chose to drive. If he were here today, he would be driving the family around, top down, smiling ear to ear in this perfect representation of his beautiful and powerful spirit.”

Bentley Americas has partnered with the V Foundation for more than a decade, and calls the SagerStrong association an “organic extension to the luxury automobile maker’s efforts to combat cancer.”

For more on the organization’s efforts to fight cancer, visit sagerstrongfoundation.org.