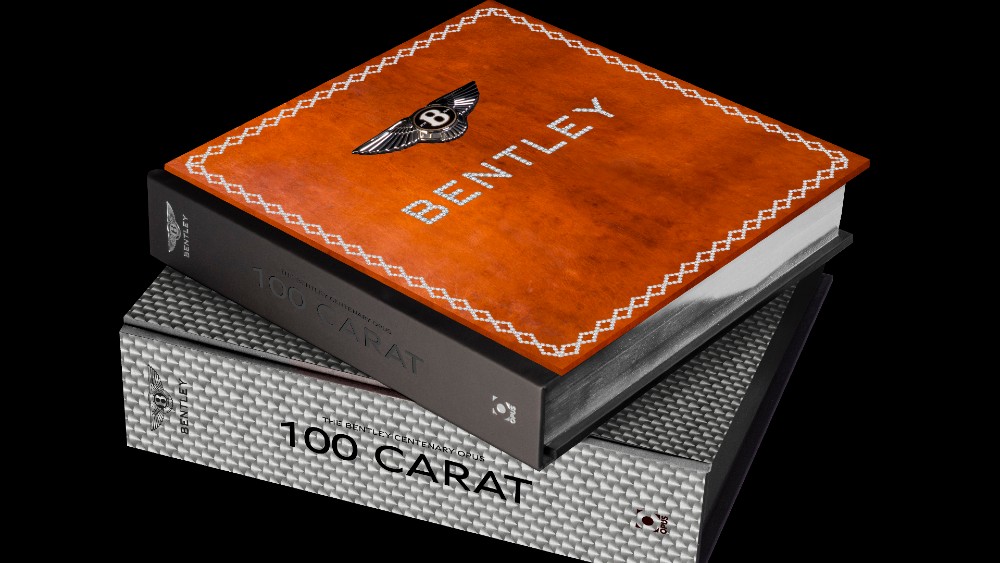 Bentley is celebrating its 100th birthday with a limited edition book that costs more than the starting price of a Continental GT or Bentayga Speed.

To mark the big anniversary, the British company has teamed up with luxury publishing outfit Opus to release The Bentley Centenary Opus, a mammoth tome that weighs in at staggering 66 pounds and spans 800 pages. Beginning with a foreword from legendary fashion designer and avid Bentley collector Ralph Lauren, the largest book ever dedicated to a single automaker tells the story of the extraordinary people and cars that helped make the company the most sought after luxury car brand in the world during its first 100 years in business. It also closes with a chapter by chairman and CEO Adrian Hallmark on where the company is headed over the next century.

“Part of what defines luxury is responding to people’s needs for achievement, self-expression and reward, in whatever field they operate,” Hallmark said in a statement. “Bentley’s customers of the future will value elements such as tradition, heritage and craftsmanship and innovation. But above all, I believe they will continue to enjoy the thrill of driving.”

As befits such a venerable brand, the hardbound book is available in three limited editions. The Centenary Edition, which sells for £3,000, is limited to just 500 copies and is available in one of four Bentley hides. The Mulliner Edition goes for around £12,600 and is limited to only 100 copies. It includes ten giant 20” x 24” Polaroids of the most iconic Bentley models, 56 watercolours commissioned specifically for the project and a piece of one of the left front tires of the Speed 8 that won Le Mans in 2003. Mulliner Edition owners can also request their own Bentleys be photographed for inclusion on special “bespoke” pages within the book.

But the most limited version is the 100 Carat Edition. Limited to just seven copies, it’s available for around £200,000, and comes with a cover encrusted in diamonds. Owners can also choose whether the iconic Bentley badge on the cover of their book is set in white gold or platinum.