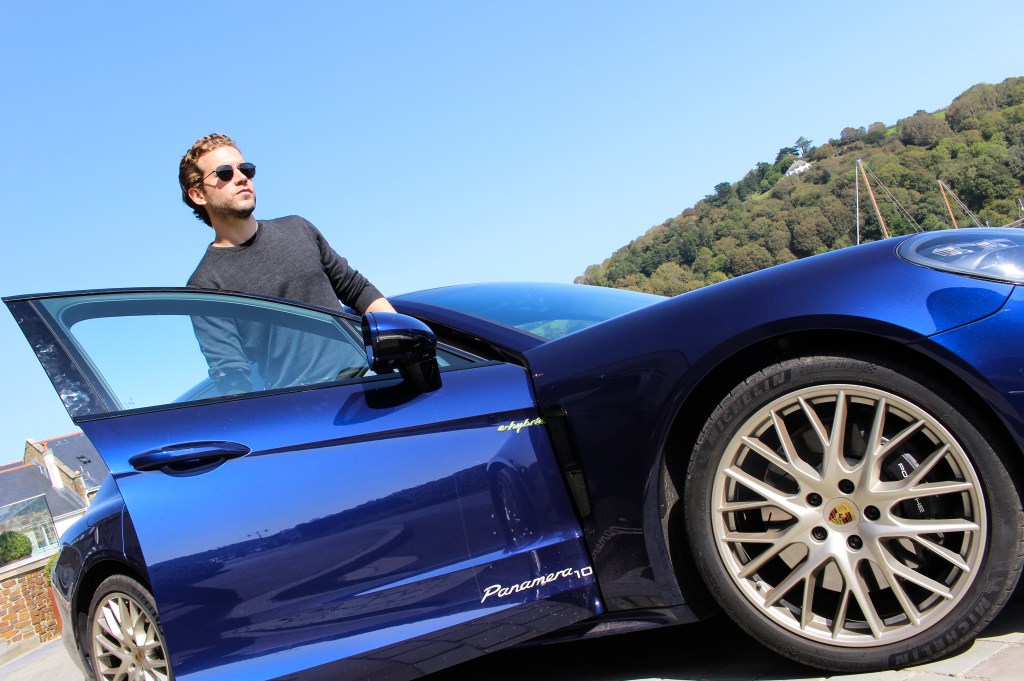 A 95th birthday isn’t something one gets invited to on a regular basis, so when you are, it’s pretty important that you make the effort to be there. If said 95th celebration happens to be taking place in the stunning Devonshire countryside, near the port town of Dartmouth, then it’s a no brainer.

When choosing a suitable mode of transport to deliver my wife safely to her grandfather for his “big nine-five”, it was important to remember that she is not, and will never be, a petrolhead like myself. She has no interest in the visceral rumblings of a V12, no desire for an inhospitable bucket seat and certainly no wish to put an osteopath on retainer. What she wants is soft leather seats, technology that will play Beyoncé uninterrupted and enough space for the 27 bags she definitely needs for two nights away. Celebrating a 10thAnniversary from its first inception, the Porsche Panamera E-Hybrid fitted the bill wonderfully – not to mention the fact that, as a hybrid, it certainly earned me some eco brownie points. 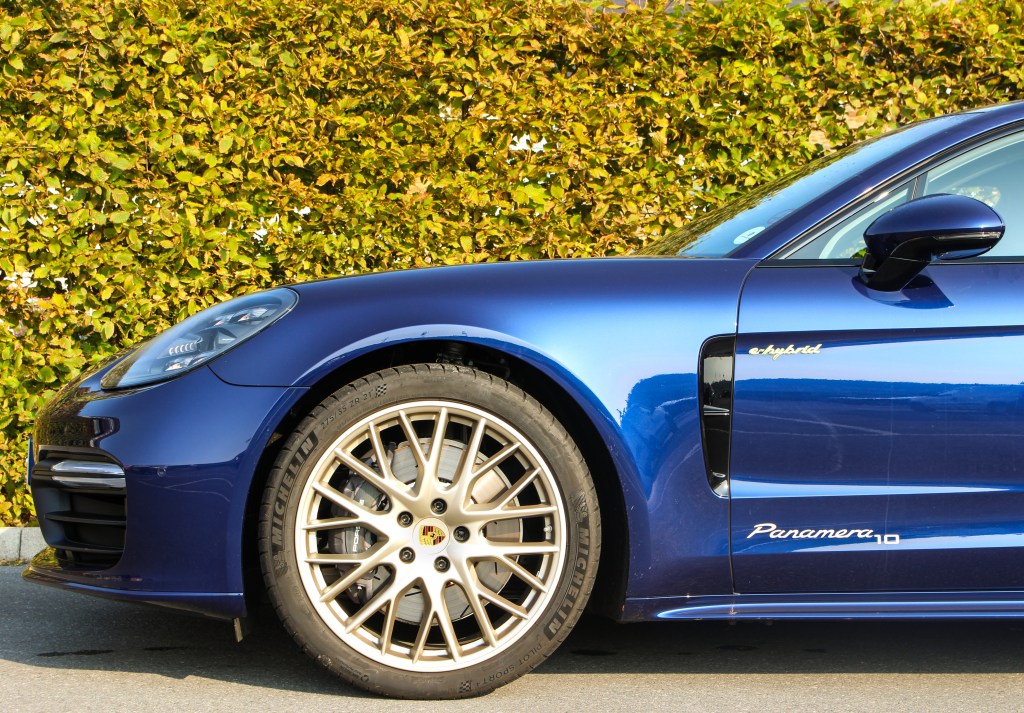 As I’ve often found to be the case, when a sports car company makes a car that isn’t a sports car, it takes at least a few years for it to find its feet – in this case about 10 years. I wasn’t a huge fan of the first Panamera but the 2020 ‘Gentian Brilliant Blue’ one I collected was an absolute stunner – even my wife stopped and commented on how good looking it was. As for its comfort, technology and luggage space, well it ticked all those boxes with a 5-star luxury pen.

Although the drive to Devon ends scenically, the large bulk of it involves sitting on the M4 and the M5 for about 4 hours so we were endlessly grateful that the German super saloon was such a wonderful place to be. With the satnav in charge and Mrs Jay-Z cranked up we sat content whilst the asphalt swept imperceptibly beneath us. 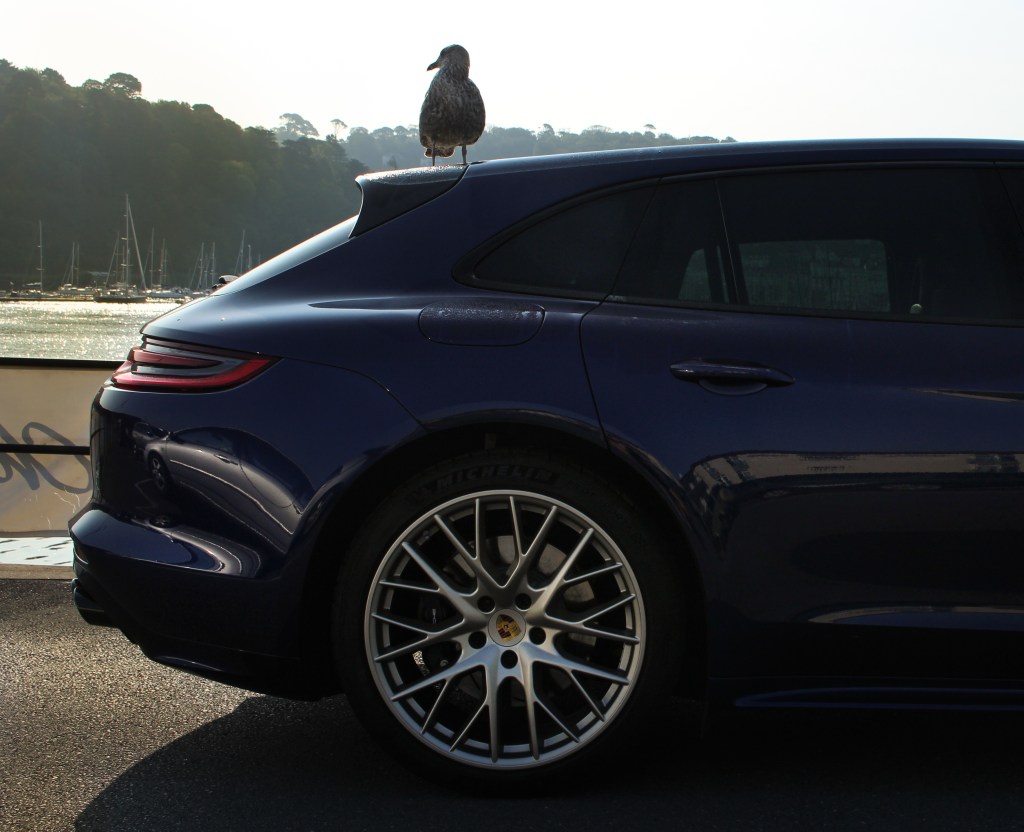 Eventually, we stepped off the M5 onto the more interesting country roads and as the 4threpeat of Single Ladies came to an end I put the Panamera into Sport+ and had a little fun. With the suspension stiffened, the exhaust note elevated and the gearing tuned up I whipped this massive car through the countryside like it were a bloated Lotus Elise. It’s a lot of fun to drive properly and there’s a smug sense of achievement when you realise that you are simultaneously charging the electric motor: much needed when back in Hybrid mode, stuck behind a motorhome at 15mph. Calling this vehicle ‘versatile’ would be an understatement.

On arrival in Dartmouth, famous for its naval college and regatta, we found our way to the Dart Marina Hotel which we would call home for the next couple of days. Positioned, as the name may suggest, on the edge of the marina and boasting enviable views along the river as it heads out to sea, this hotel has a lovely calming quality and staff to match. We found our way to our suite, complete with balcony overlooking the water, and made ourselves at home. 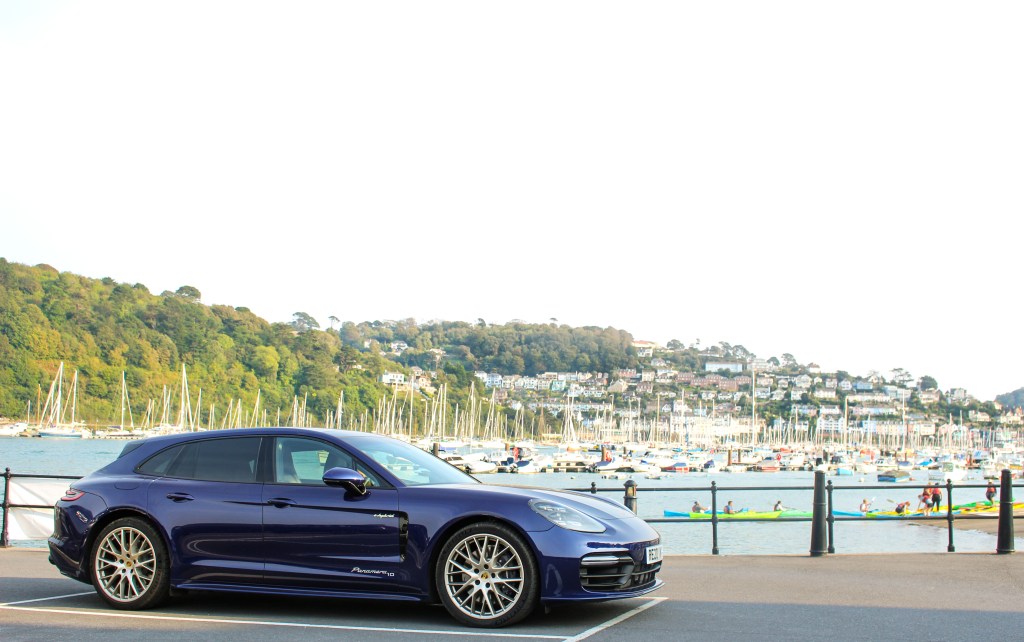 Dinner at the hotel’s restaurant was an impressively gourmet experience, where I devoured decadent venison and my wife supped on locally sourced salmon. We finished by sharing a mouthwatering crème Brule surrounded by a battalion of macaroons – a plate as multi-coloured as it was delicious. Full of champagne (that was mainly me to be fair) and the joys of being away from the bustle of London, we headed back to our room to put on robes and watch Episode 600 of CSI: Miami (no matter where you are in the world CSI is on – you just have to find the channel).

After breakfast in bed and too much coffee the next morning, we headed off to the beach; a little light R&R before the evening’s birthday celebrations. An important to share with all owners of cars which are larger than a penny farthing – Dartmouth has some narrow streets. Very narrow. And very steep. If the Panamera didn’t have 360-degree cameras and a CGI aerial view of the car, I think I may have found myself googling “clever ways to replace 21-inch white gold metallic wheels without remortgaging your house”. I’m pretty sure my wife had her eyes closed for most of the literal uphill struggle – the fact the car had four-wheel drive certainly became relevant on a couple of corners. Finally free from the vehicular contortionist maze, we pulled up to a vast pebble beach, turning some heads on arrival and settled down for a little peace and quiet. 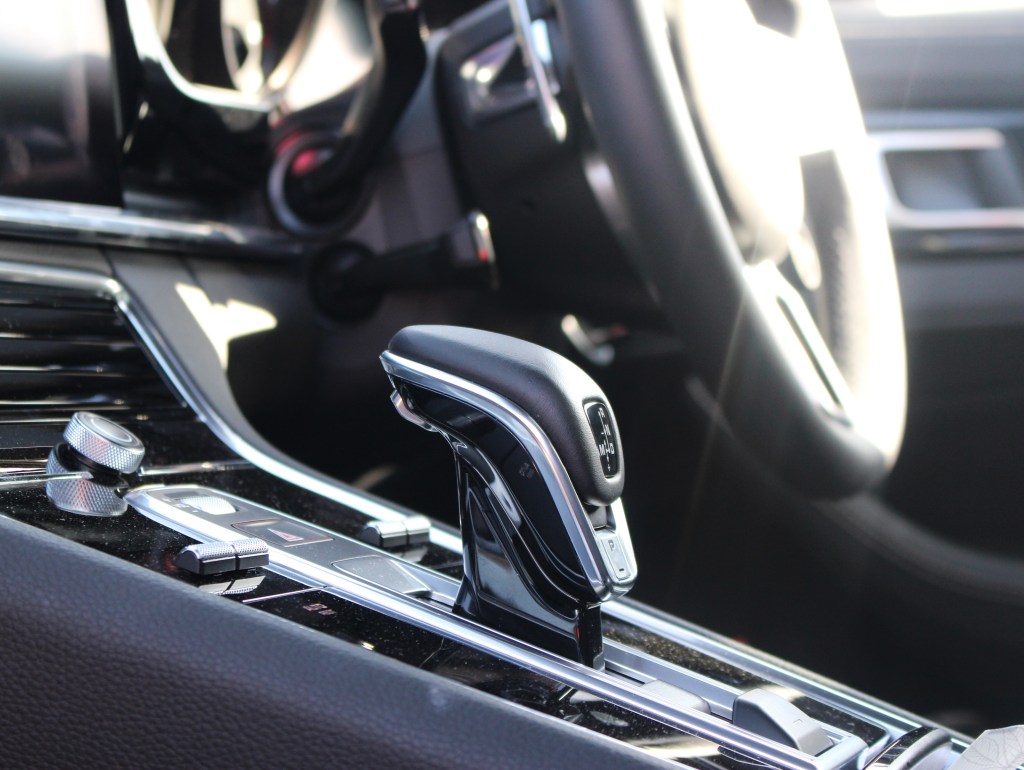 Born six years before Ferdinand Porsche founded his automotive company, my wife’s grandfather has lived through wartime, peacetime, political changes and now a global pandemic – to say he’s seen a lot would be an understatement. I’d like to think that the car sitting on his driveway that evening was important to him as it delivered his granddaughter to him safely – to share an important milestone.

I think as a carpenter and engineer, he’s interested in the fact that, almost 120 years ago, Ferdinand made the first electric car and soon after that the first hybrid car, a feat of engineering prowess that only now, in the 21st century, car companies are making commercially viable. The Panamera E-Hybrid is an impressive evolution of the original ‘Lohner-Porsche Mixte Hybrid’ built in 1901 by the Czech engineer (he was ‘urged’ to seek German citizenship in 1934). He was certainly ahead of his time. 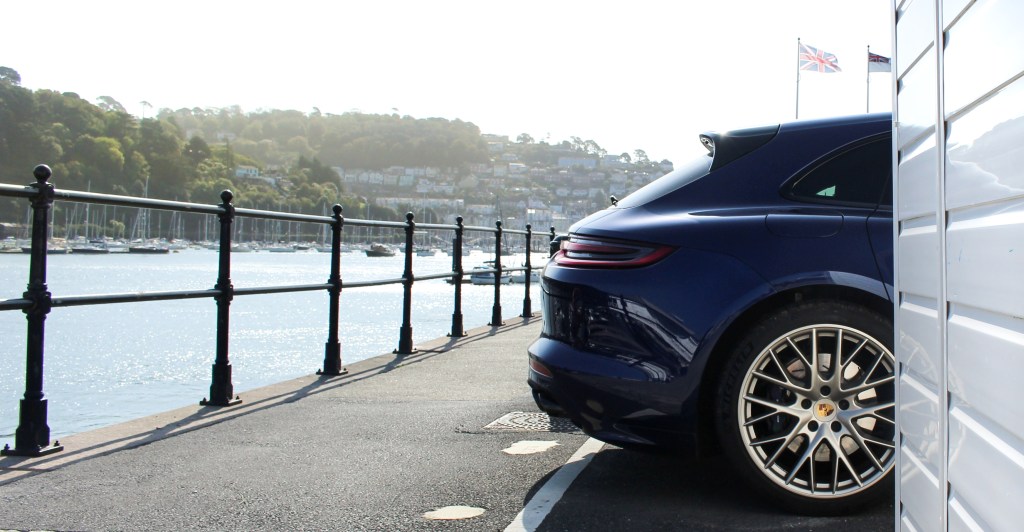 On our final evening in Devon, we enjoyed a Covid-conscious dinner to celebrate a man well-loved and a life well lived. I found great pertinence in discussing, across three generations, the endless merits of the motorcar: from his first Wolseley many moons ago to the £106,000 ‘spaceship’ on his drive now – it has always been the great liberator of people. The motorcar has allowed people for the last century the uninterrupted freedom to go where they want, when they want – to do the things they want. There can be no greater compliment to a car than to say that it brought people together to spend quality time together and share a celebration – no more so than right now, at a time when collective experiences are so rare and fragile. Thank you, Mr Porsche – you made an old man very happy.

With thanks to Porsche GB and Dart Martina Hotel