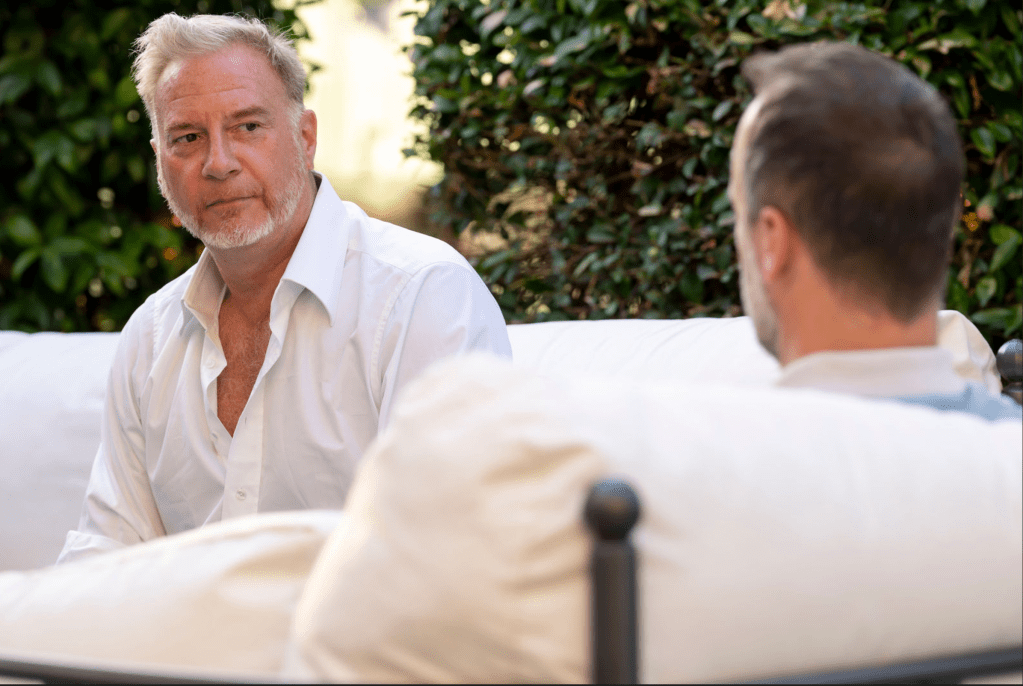 The smile is almost imperceptible, but it’s there. Aston Martin’s Chief Creative Officer Marek Reichman is talking about the new DBX707, a car critics are lavishing with praise. With 707ps under the hood, he says the car he designed is the most powerful production luxury SUV ever to hit the road.

But it’s not the stats, or even the reviews, that are making the 56-year-old smile. “In the past, we would have said it was beautiful, and that it happens to go very fast,” he says of his ferocious charge. “But now,” he continues, “we talk about intensity, and the goosebumps our cars give you.”

Given the 21st-century saga of Aston Martin, you suspect that life during Reichman’s 17 years at the British marque has always been intense – “I’ve seen a lot of change,” he deadpans – but this, he’s keen to make clear, is a different kind of intensity. Goosebumps of the good kind.

“We’ve always been known for elegant GT cars,” he says. “They’re intense, and the love affair people have with them is intense. But we’ve never really talked about the performance.”

The DBX707 has lots of performance. Despite weighing 2.2 tonnes, it gets to 62mph in 3.3 seconds – faster than Aston’s much-loved DBS – and has a 0-100mph time only 0.1 seconds slower than the Jaguar XJ220, once the fastest road car in the world. As a reminder, it’s a five-door SUV with cupholders and a sunroof.

Another explanation for Reichman’s smile might be that Aston at last has money. Two years ago, a consortium led by Canadian businessman Lawrence Stroll bought out the 109-year-old British marque, and earlier this month, Saudi Arabia’s Public Investment Fund (PIF) – widely known as owners of Newcastle United and for the controversial LIV Golf Series – injected an initial £78 million into the company, making it Aston’s second largest shareholder. Aston Martin has said it wants to raise £653 million in total.

“The commitment is amazing,” says Reichman. “How many times will someone have to own a 109-year-old brand with the iconic background of Aston Martin? There are certain British brands that have lost their cachet, but Aston Martin has maintained it. It’s a magical period.”

The boardroom merry-go-round hasn’t yet stopped, though. In May, Aston Martin got another new boss, former Ferrari chief executive Amedeo Felisa. Reichman seems impressed. “There is no form of ego,” he says of the 76-year-old, who was also Chair of the Product Strategy Committee in his previous role. “He’s just interested in making the business successful. That’s a big difference, a culture change. And he’s given me more air to breathe.”

Aston has also got cars – and customers. The DBX, introduced in 2020 and in development long before the buyout, is now the company’s biggest seller, shifting more units than the rest of the range combined. In the pipe, there’s a mid-engined update to the Vanquish and an electrification programme, while deliveries of the Valkyrie, Aston’s 1160bhp, £2.5 million hypercar, will be back on track by the end of the year, according to Reichman.

Aston Martin’s early forays into motorsport, a century ago…

“When Lawrence came on board, we had too much stock,” Reichman admits. “Now, we don’t have any stock. Every single car has a customer against it. And waiting lists are between six and nine months.” He says volumes will increase from 6,200 to 6,600 this year, and should rise to 10,000 in two or three years time.

“Dealers are seeing that with an SUV, a mid-engined programme and an electrification programme, they’ve got enough breadth to sustain their business,” says Reichman, alluding to the company’s ambitions to be fully electric by 2030. “They’re now coming to us saying they want to be partners in our business. That’s a massive indicator.”

And of course, Aston Martin also now has a Formula 1 Team. Our conversation takes place in the team’s motorhome, a shimmering green three-storey construction, not 50 yards from the Paul Ricard circuit at the French Grand Prix in late July.

Aston ran its first car, known as “Green Pea”, at the French Grand Prix of 1922. It’s celebrating its centenary in the sport in only its second season back on the F1 grid. “We are the oldest brand in F1,” says Reichman, acknowledging that in the years following its debut, Aston has entered just 40 races, nearly two thirds of them since March last year. “We may have had our time away, but it’s most important to set in stone why the company started,” he says.

Reichman doesn’t attempt to quantify the F1 effect on road car sales, but seems sure that just as the sport is benefitting from what he calls “the Netflix effect” of Drive to Survive, so too Aston’s core business is feeling the benefits of being in the F1 paddock.

… and, a century on, the Amr22 Formula One Challenger at Aston Martin’s Global headquarters

“If you do an advertising campaign, how much money do you have to spend and how many people will see it?” he asks. “Put your wing and your colour on a Formula 1 car, and you have 500 million viewers, sometimes every weekend. That’s the same as the Super Bowl, which happens once a year.”

That may be true, but Formula 1 is hugely competitive, and failure can come hard and fast – and right under the nose of an unforgiving car-buying public. Just ask Jaguar. Reichman doesn’t seem concerned. “Performance doesn’t matter,” he says. “It’s a very recognisable car, and it’s an Aston Martin.”

If he’s unworried, it might be because the team is starting to push for points. “You don’t turn car companies around or bring the level of success that we’re looking for overnight,” he says. “It’s the same with the Formula 1 team. They’re long-term projects with three-year, five-year, seven-year timescales.”

Next spring, the Aston Martin F1 Team will move into what Reichman calls a “state-of-the-art facility”, a new factory next door to its existing Silverstone base with a wind tunnel and a new team of engineers and aerodynamicists. “All these things take time, but the desire and the investment in the business is there,” he says.

He strikes a note of caution, though. “Look at Ferrari three years ago,” he says. “They were in a similar position, but look at them today. It’s not as if Ferrari have done it in the past, therefore they can do it now. There’s no guarantee of that. It’s all about tomorrow not yesterday.”

Still, for every improvement Aston makes, it’s got to be better than any improvements at Red Bull, Ferrari and Mercedes if it’s to taste the podium regularly. “If Lawrence was here, he’d say in five years he wants to be world champion,” says Reichman. “It’s coming. There are signs. Hints.”

Reichman’s unique perspective on the Aston Martin business may yet mean he’s right. It also appears to mean he’s not going anywhere soon. “I’m still here because the brand has such potential,” he says. “It’s a love brand.”